If there’s one thing I’ve learned over the past five years of working as a journalist, it’s that success can come down to the two seconds after you first meet someone. First impressions can make or break your career.

I’ve had key interviews go to hell just because something didn’t feel right from the start. It’s frustrating because it’s out of your control and no matter how hard you try, once someone has passed initial judgment on you, there’s almost no way to change their mind.

But it’s not just journalists that deal heavily in the trade of first impressions — our happiness, success, and even careers are all based on how we get along with other people.

But what controls the way we feel about someone (or the way they feel about us) within those first few moments?

Playing Well with Others 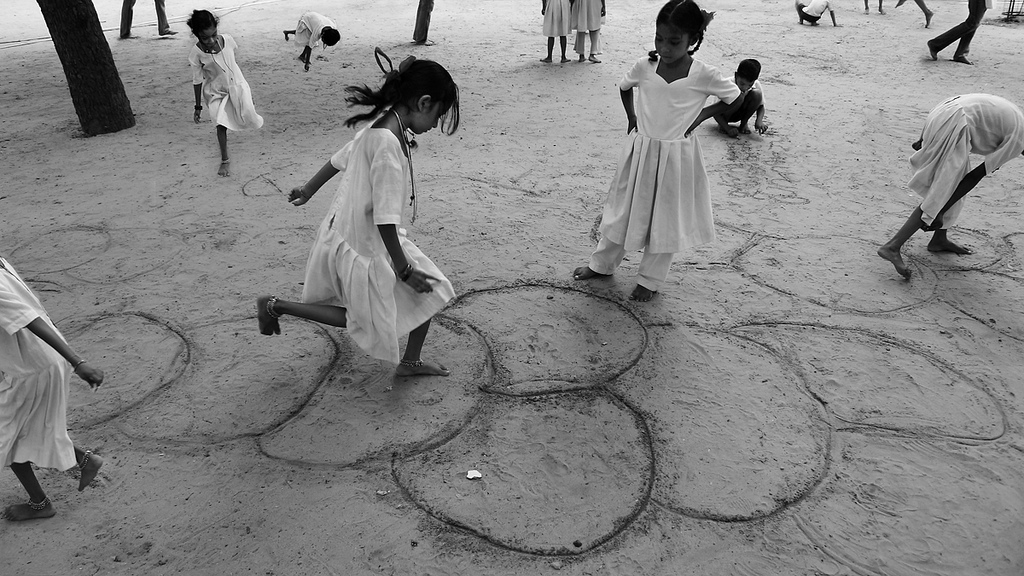 Despite what business classes or seminars might tell you about decision-making, not all choices can be made rationally.

Genetically, we have been hardwired to make quick decisions — everything from whether we find someone attractive or trustworthy happens in a matter of seconds.

You might think you’re just following your intuition but what happens in those initial moments isn’t just coming from your gut.

It’s a type of unconscious thinking called rapid cognition that author Malcolm Gladwell describes as something that “moves a little bit quicker and acts slightly more mysterious than the deliberate decision-making style of thinking we’re more accustomed to.”

Beyond the immediate instinctual fight or flight response that occurs when we are under stress, rapid cognition is the ability to dig deeper and gauge what is really important from a very quick experience.

Thin Slicing Through Life: Making Decisions At A Glance 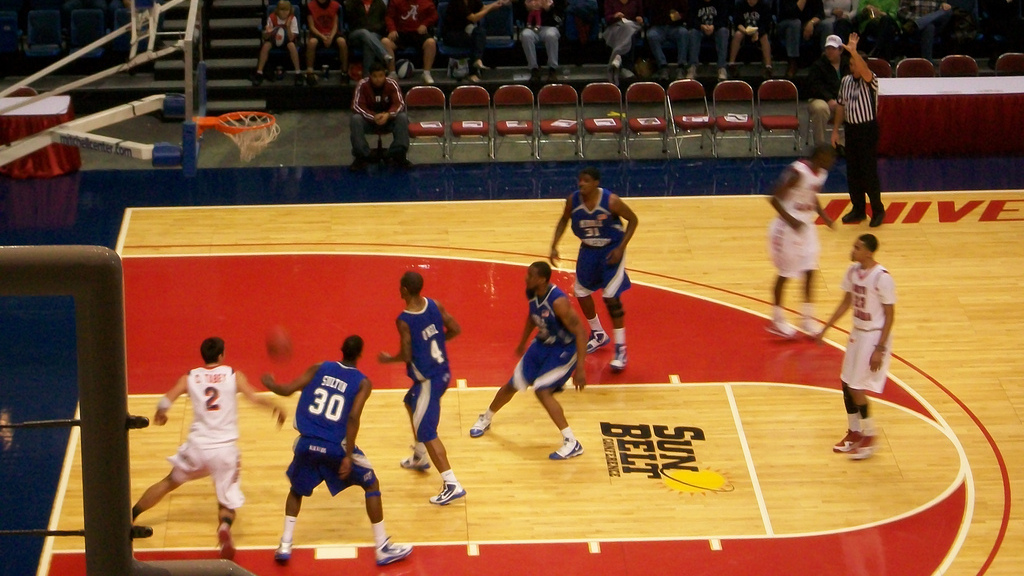 Rapid cognition plays a powerful part in our day-to-day lives. Think about basketball players with ‘court-sense’ or military generals who show ‘coup d’oeil’ (literally ‘the power of the glance’).

These are people with a powerful ability to rapidly parse through the huge amount of available information and decide what is most important without taking the time to engage in slower, rational ways of thinking.

And they’re doing it unconsciously.

Psychologists have been calling this phenomenon ‘thin-slicing’ and studies have shown that what we perceive in just a few seconds might take months or years of evaluation with the rational part of our minds. As Gladwell put it in his book, Blink:

Thin-slicing is not an exotic gift. It is a central part of what it means to be human. We thin-slice whenever we meet a new person or have to make sense of something quickly or encounter a novel situation. We thin-slice because we have to, and we come to rely on that ability because there are lots of situations where careful attention to the details of a very thin slice, even for no more than a second or two, can tell us an awful lot. 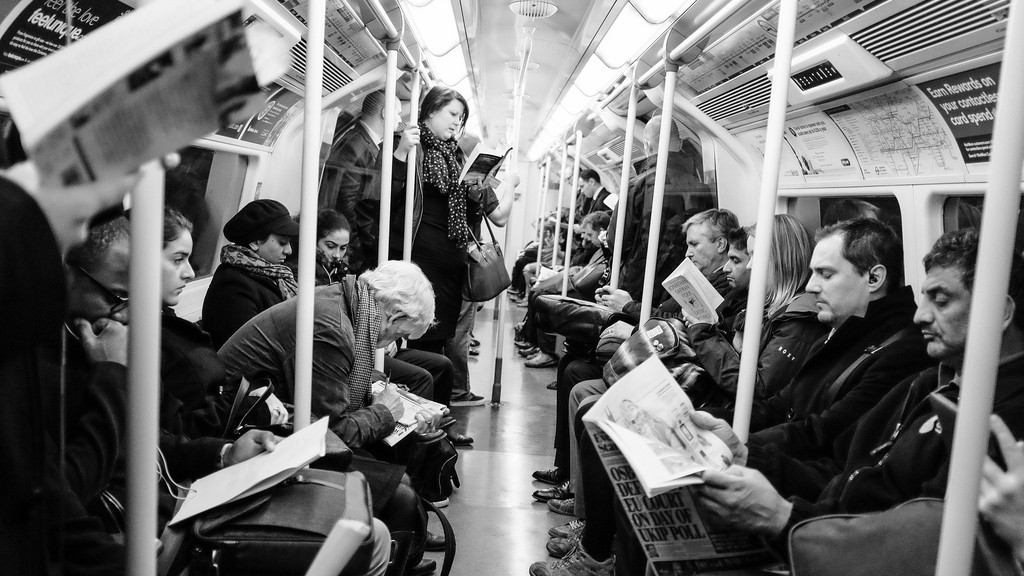 So how does our unconscious mind thin slice when we first meet people and how does that affect our impression of them? Well, we’re not totally sure, yet.

But what scientists have found out is that the unconscious mind is powerful enough to create a lasting impression of a new person.

In the 90s, Harvard-educated psychologist Nalini Ambady and her colleague Robert Rosenthal undertook a series of experiments comparing the ratings given to college professors by classes at the end of the semester with ratings that another group of students gave the same professors based only on three ten-second silent video clips shown prior to any actual lectures.

What the researchers found was that both groups basically agreed on how good or bad the professors were. As far as their performance ratings were concerned, the first impression gleaned from ten-seconds of silent video counted for almost as much as a whole semester’s worth of interaction.

But if we’re not consciously and rationally judging people, what causes us to initially like or dislike them?

Nobel Prize-winning author and psychologist Daniel Kahneman believes the answer lies in heuristics  —  the ‘mental shortcuts’ that we use to help us make decisions. According to Kahneman one of the most powerful mental shortcuts is one he calls What You See Is All There Is  —  the idea that when the mind makes a decision it deals only in ‘known knowns’ and largely ignores facts that might make the decision more complex.

The problem is, when we meet someone and we only know a limited amount about them, our mind looks to affirm those beliefs and ignores other complexities. We turn people into an embodiment of the few facts we know about them.

It’s why ‘so what do you do?’ is the worst question to ask when you first meet someone.

Falling prey to these unconscious biases can have a lasting affect on your relationship too, as gathering more information about the person, in most cases, will only serve to reinforce our original, biased judgment.

We believe what we first see because it’s the easiest option — even if it ends up being false.

It’s What’s On The Outside That Counts

We have unconscious biases that affect what we think of new acquaintances but what’s even more strange is that our appearance can immediately determine the way people think of us.

A recent study out of the University of York showed that we associate specific facial traits with someone’s personality. Faces that are more feminine or that naturally appear happy are consistently rated as being more trustworthy, while competence, dominance, and friendliness are also regularly attributed to certain facial traits.

The study went as far as to create cartoon-like faces that produced predictable first impressions when shown to new participants: 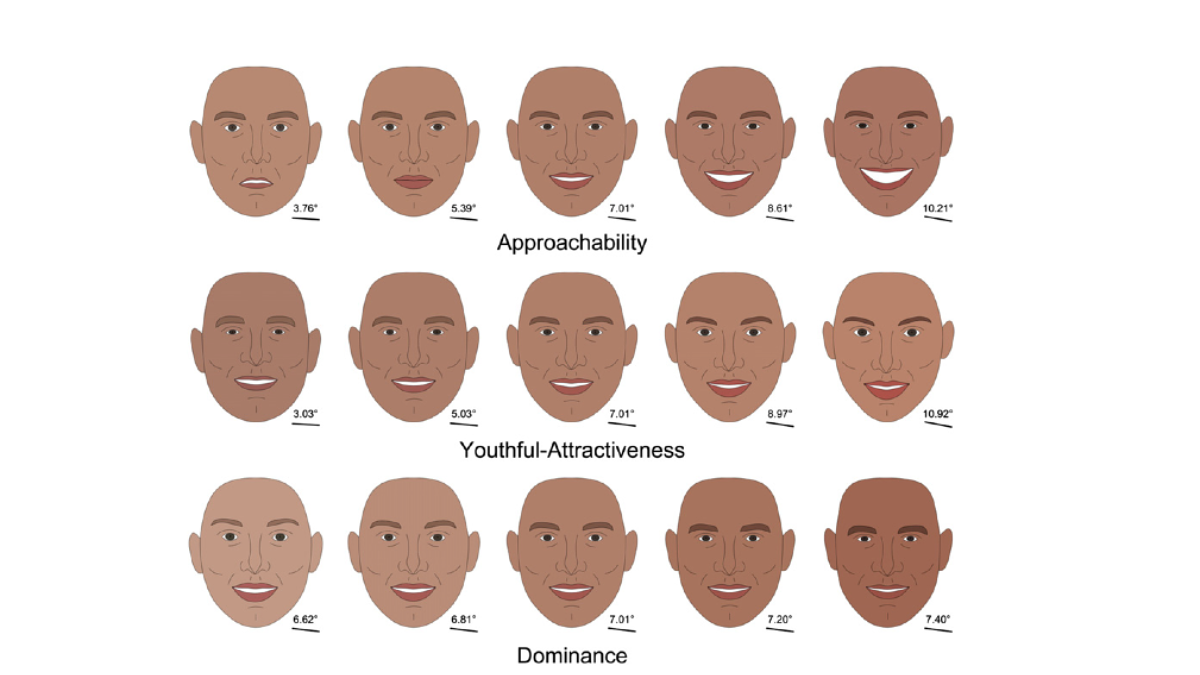 How to Make A Good First Impression 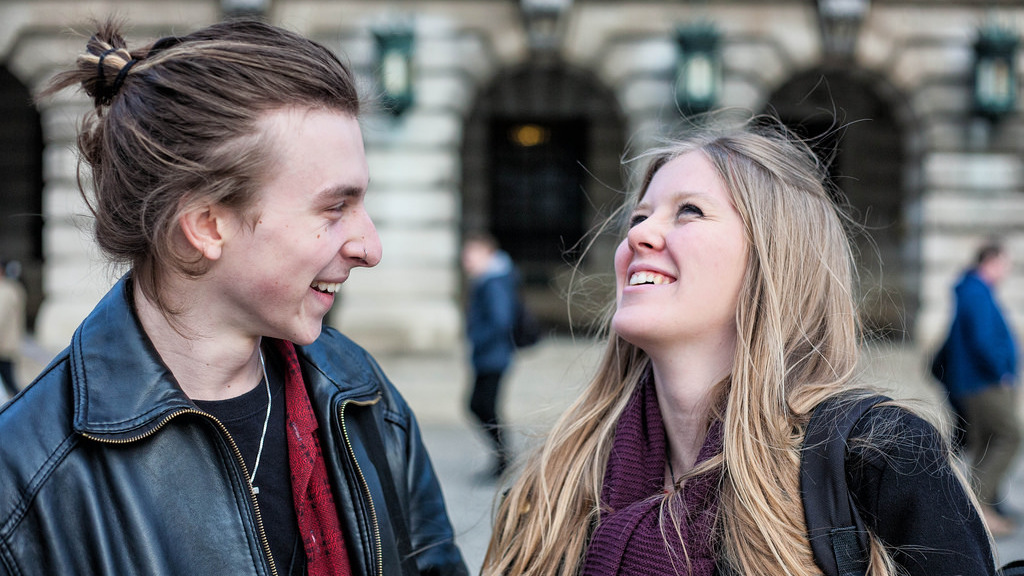 While it may seem impossible to get past these unconscious biases (short of reconstructive surgery), there are some ways you can help your cause.

Preparation is key when meeting new people and certain actions can increase your chances of quickly getting into someone’s good books.

Get Out Of Your Shell

Studies have shown that people who communicate in an expressive, animated fashion tend to be liked more than difficult-to-read people.

Psychologists call this the Expressivity Halo  —  the idea that we feel more at ease with people who are easy to read. It might also explain why you “hated that guy until you got to know him.”

When we feel shut out emotionally by other people we automatically attribute it to a sense of egoism when really it can often be racked up to insecurity or plain old shyness.

According to the Similarity Attraction Hypothesis, we’re also more inclined to like people we have something in common with.

When you go to meet someone influential find out what their hobbies are or what books or movies they enjoy. Connecting on this level is a great way to solidify a good first impression.

And it can even help salvage a bad first impression. When we find out we share something in common with another person we react on a reflexive level rather than an analytical one.

Our mind may know that rationally we don’t like this person, but we still can’t help feel a sense of affection for them, which could lead to a change in out initial impression.

It’s probably common sense at this point, but being a good listener can also help put you into someone’s good graces when you first meet them.

Much like sharing in any common hobbies or likes, showing someone that you care about what they’re saying creates a lasting positive impression in that person’s mind.

Here’s one of my favourite quotes from Chuck Palahniuk’s Fight Club:

“This is why I loved the support groups so much, if people thought you were dying, they gave you their full attention… people listened instead of just waiting for their turn to speak.”

It shouldn’t take someone dying to make you a good listener, and if it does it’s probably a safe bet to say you’re not well liked.

We may have been conditioned over the years to unconsciously judge others but that doesn’t mean there is no way to give yourself a leg up when making a first impression.

Understanding the weird unconscious workings of the brain can help to ensure you have a healthy start to any relationship.

Jory MacKay is the editor of the Crew blog. Crew is a creative marketplace connecting mobile & web projects with vetted, handpicked developers and designers.