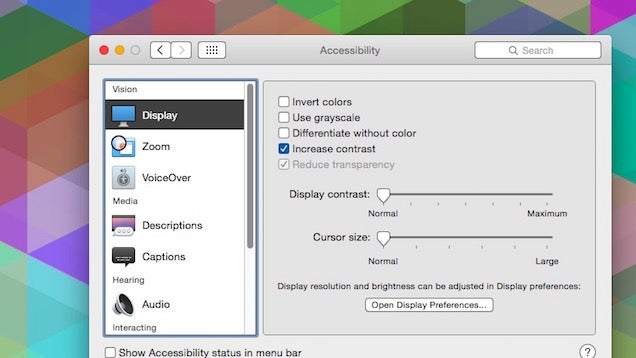 Yosemite’s new look is great on new Macs, but older Macs struggle with some of animations, especially when pulling up Exposé. iDownloadBlog talked with a Genius at the Apple Store who suggests turning on “Increase contrast” to speed up those animations.

If you’re sick of slow animations, you can fix them at the cost of losing some of the transparency effects:

That’s it, you should see those animations speed up a bit. It works great on my 2009 iMac, which struggled with just about every animation in Yosemite, but your mileage may vary.