Charge Your Phone In Half The Time: Quick Chargers Explained

If you bought a phone in the last year, it might have included some kind of quick charger. Here’s how they work to charge your phone in half the time of a typical charger.

While they might seem like a gimmick, quick chargers are a real thing and not just an upsell. The type of tech used varies by manufacturer, but Qualcomm’s Quick Charge 2.0 is one of the most common. As a general rule, quick chargers will fill your battery with juice in less time than the standard charger that probably came with your phone. That being said, there are a few caveats and before you drop the cash to buy yet another charger, here’s what you should know. 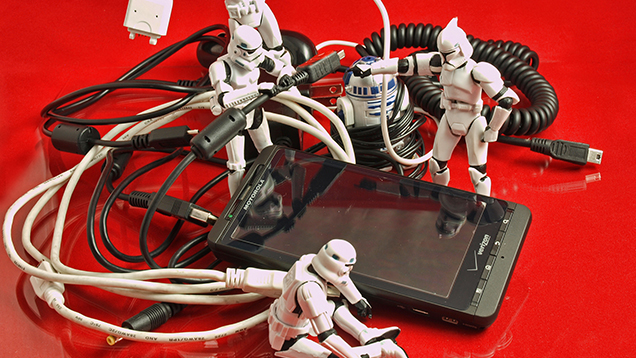 Before we explain how quick chargers work, let’s talk a little about how chargers in general work. When you plug your phone in, a certain amount of power flows in from the outlet, through the charger, to your phone. Your phone includes a built-in regulator to prevent pumping too much power into the battery and frying it. So, right off the bat, how fast your phone can charge is limited by what its internal regulators allow.

Of course, that only matters when the power coming in through your charger exceeds what the regulator inside your phone will allow. Which is not always the case. As Extremetech notes, not all chargers are created equal. The charger block that came with your device is probably rated to the device you bought, but if you’re charging through, say, USB, your device might charge slower if it’s not putting out enough power. For example, Apple’s iPad charger (circa 2012, at least), puts out 2.1 amps at 5V. However, a typical USB 2.0 port will charge at 0.5 amps. If your phone can handle anything above 0.5 amps (which it probably can), then a USB port will charge it more slowly than the charger that came with your device. Even without branded “quick chargers”, some chargers can fill your battery faster than others.

You can think of this a bit like a bouncer at a bar. If the bar has a capacity of 50 people and the bouncer lets in one person every three minutes, the bar will be at capacity in about two and a half hours. Regardless of how many people are waiting outside, the bouncer won’t let more than one person every three minutes in, so it can’t ever fill up faster than that. However, if fewer than 50 people show up in two and a half hours, it will take longer for the bar to fill up. You can’t ever decrease the minimum amount of time it takes to fill the bar, but you can increase it if the initial input is too low.

How Quick Chargers Are Different

While some manufacturers have different technology they use for quick chargers, one of the most prolific is Qualcomm’s Quick Charge 2.0. It’s included in devices like the Note 4, the Nexus 6, the HTC One (M8), and the Moto X (2014). Many newer devices include some form of Quick Charge capability, whether it’s enabled or not.

When you’re using a Quick Charge 2.0 device, all you’re really doing is opening the door a little wider to let more power in. As we established earlier, the regulator inside your phone only allows so much power in at a time. Quick Charge devices allow more than your typical chargers, without damaging the battery. So, while an older device might only support a 5 volt, 1 amp charger, Quick Charge devices can use a 9 volt, 2 amp charger.

Now, that means two things. First, you have to have a device that supports quick chargers in order to take advantage of the boost. If you plug a quick charger into an older device, the regulator will still prevent it from overloading your battery. You won’t harm your device, but it won’t charge any faster.

It also means that you may need to buy that special charger to go with your supported device. More likely than not, all the chargers you’ve been using aren’t Quick Charge compatible, so getting the higher output charger will help. But keep in mind, this is essentially the same problem we discussed earlier with USB ports. Just because you’re not using the full capacity of your phone’s battery regulator doesn’t mean your phone won’t charge. It will just take a little longer. And that’s not a bad thing.

The Potential Downside of Quick Chargers 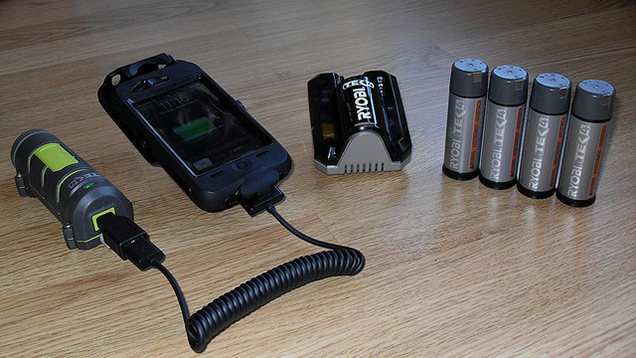 So, we know how quick chargers work. But is it a good idea to use them? From a safety perspective, you don’t have to worry about blowing up your phone or anything. However, there are still some things you should be aware of.

Quick chargers can generate more heat. The more power you push through a device, the more stress it puts on a battery and the more heat it generates. While Quick Charge devices are built to be safe, they can still get quite hot. For the last two days, I’ve tested the Motorola Turbo Charger on the 2014 Moto X. Each time I used the turbo charger, it got considerably hotter than it would from the normal charger. While this isn’t catastrophic, excessive heat isn’t exactly good for the long-term health of your phone either. Then again, neither is leaving your phone on the charger all night long, so life’s a bit of a trade-off either way.

The effect tapers off about halfway through. Some manufacturers have a nasty habit of overstating the effect of quick chargers. While Qualcomm states that its Quick Charge tech can fill a battery to 60 per cent in 30 minutes, it can take an hour or more to finish the other 40 per cent. The reason, again, has to do with the regulator. Once a battery starts filling up, the regulator needs to find new cells to place power and avoid overcharging the cells. Think of it like a water balloon. You can turn a hose on nearly full blast at the start, but if you don’t slow down as it fills up, the balloon will burst.

There may be cheaper, better solutions to your power needs. Despite the drawbacks, quick chargers are excellent for one too-common scenario: when your phone is dying and you need to fill it up quickly before you leave. However, there’s another device that can help with that: external battery packs. Instead of being attached to a wall with one specific charger for an extra 15 minutes before you leave, you can take a battery with you that can charge your phone multiple times. While some are expensive, you can often get them for less money than you would a quick charger. Your mileage may vary depending on your manufacturer and if you can score any deals, but it’s worth comparing both options at the very least.

So, Are Quick Chargers Worth It? 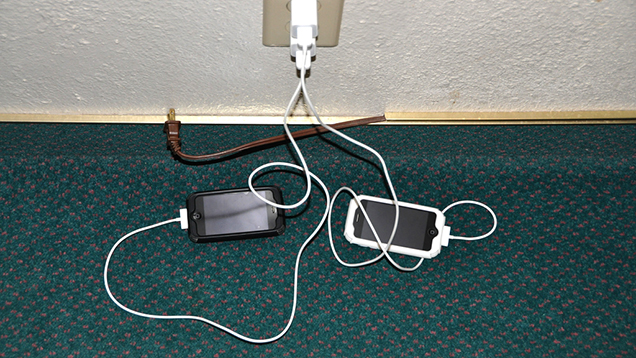 Here’s what all this techno jargon boils down to: Using quick chargers on supported devices are better than your existing phone chargers. In fact, they’re such an obvious incremental step forward, they will probably be standard in a couple of years. Calling them quick chargers is a marketing gimmick, but what they do isn’t. If you have a supported phone and the right charger, you can charge your phone faster than before.

However, in their current state, quick chargers can potentially reduce the long-term life of your battery if used too often. This isn’t a dealbreaker since most of us charge our phones in a way that diminishes long-term battery life anyway, but it is something to keep in mind. If you have a regular charger and you don’t frequently find yourself at 15 per cent right before have to leave the house, you’re probably fine as-is.

Depending on how expensive quick chargers are for your device, you might be better served by getting a battery pack or a regular car charger. Ultimately, it won’t matter too much though. Much like the transition to HDTVs, before too long quick chargers will just be “chargers” and faster charging will be the new normal. And we’ll have to find something else to overanalyse.