Be More Productive By Knowing What To Ignore 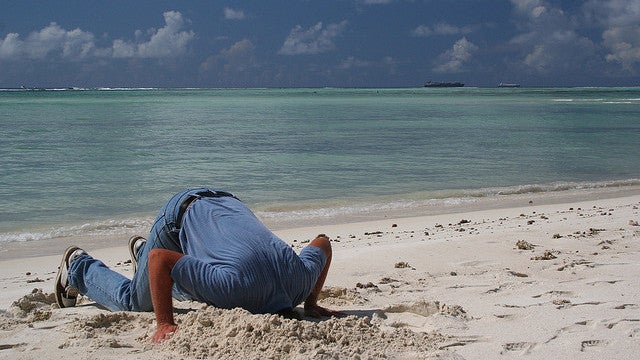 Prioritisation is an important part of a productive day, and Harvard Business Review reminds us that an important aspect of that is cutting out the people who don't matter so you can get the things done you have to.

Prioritising your tasks is a nice way to decide what's important and what isn't, but it's really just reordering a list of items of putting off a set of them for later. That's not that helpful. Instead, Harvard Business Review suggests you decide what stuff you can just completely ignore:

The first step is to reframe the issue. Viewing a full inbox, unfinished to-do lists, and a line of disappointed people at the door as a sign of our failure is profoundly unhelpful. This perspective may motivate us to work harder in the hopes of someday achieving victory, but this is futile. We will never win these battles, not in any meaningful sense, because at a certain point in our careers the potential demands facing us will always outstrip our capacity, no matter how much effort we dedicate to work. So the inbox, the list, the line at the door are in fact signs of success, evidence that people want our time and attention. And ultimate victory lies not in winning tactical battles but in winning the war: Not an empty inbox, but an inbox emptied of all truly important messages. Not a completed to-do list, but a list with all truly important items scratched off. Not the absence of a line at our door, but a line with no truly important people remaining in it...

Remember: this is not about making a list but deciding where the cut-off point is and sticking to it.

It's a pretty simple rule: if your list of tasks is too long, decide what thing you can ignore, and get rid of them.

The Most Productive People Know Who to Ignore [Harvard Business Review]