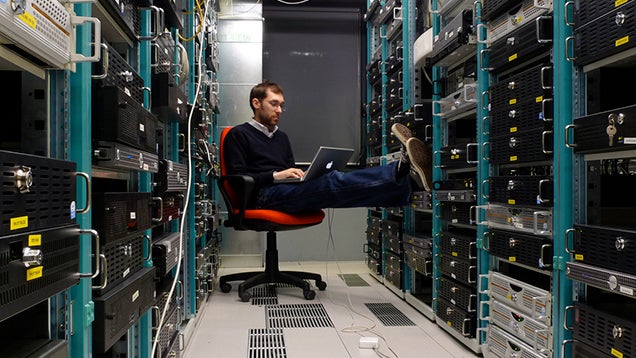 For many of us, procrastination isn’t necessarily a matter of laziness but of being daunted by the challenge of a large task. To get over the initiation anxiety, plan to work on a task for five minutes. No more.

The idea seems counterintuitive, but it helps separate how big the task is in your mind from actually getting started. As Psychology Today explains, if you limit yourself to only five minutes, it makes it easier to get the motivation to start. Once you do, you may not want to stop. Even if you do stick to the five-minute commitment, once you’ve started, you know exactly where you left off and picking it up again later will be easier:

Five minutes’ more work than you would have done otherwise — and often the hardest part of all.

If you have a knack for bouncing from one task to the next without actually stopping to work on the one you really need to be doing, this trick could help break it down to fit your brain’s own habits. Procrastination is, after all, largely a psychological barrier rather than a practical one.

The Surefire First Step to Stop Procrastinating [Psychology Today via 99u]