Why It Pays To Perservere: Experiment Works After 69 Years [Video] 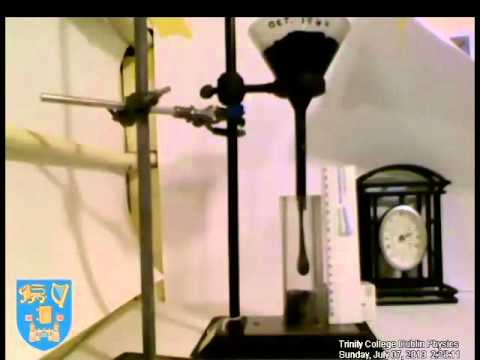 They say a watched toaster never pops, but we doubt many of your have ever had to wait more than half a century. The Dublin pitch-drop experiment was set up in 1944 at Trinity College Dublin to demonstrate the high viscosity or low fluidity of pitch (a highly viscous material that looks solid but is actually just a slow moving liquid).

Last week, researchers finally captured the fall of a drop of tar pitch on camera for the first time.

The University of Queensland in Australia has been conducting its own pitch drop experiment since 1927 but failed to record the last few drops due to various mishaps, ranging from the camera being offline at the time to the experiment’s custodian heading out for a snack at the critical moment.

Check out the video above to witness a moment that was 69 years in the making.