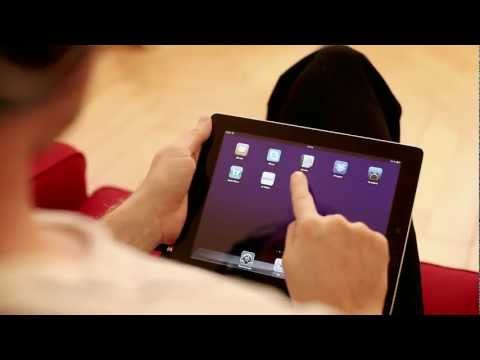 iPad: If you would rather create playlists as you listen to music rather than use pre-created playlists, Couch Player is a simple queue-based music player built on intuitive gestures. You can even create multiple playlists and view your currently playing stuff in a cover flow-like view.

Couch’s main focus is easy playlist creation through the dragging and dropping of songs, artists and albums using intuitive swipe gestures. Like any good music player, it uses the music you’ve already synced through iTunes, so you don’t have to do anything different on your computer.

The app itself has one or two quirks, but nothing that make it unusable. It’s a tad slow and jerky on my first-gen iPad (which isn’t surprising), but it smooths out after it loads album art and other little details. It also seems to have a broken “X” button when trying to delete playlists you’ve created. Otherwise, it works fantastically well and really makes queuing up your music easy. Check out the video above to see it in action, or hit the link below to try it out for yourself.