How Wikipedia Can Make You A More Tolerant Person 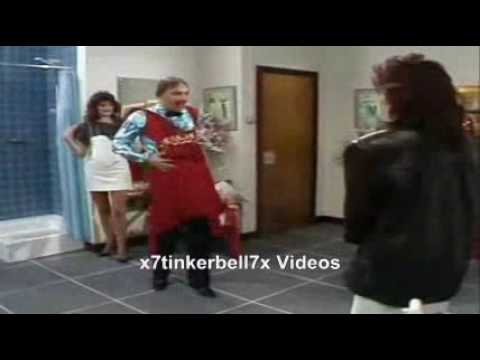 Wikipedia celebrates its tenth anniversary on January 15. Everyone knows that Wikipedia is a great source for research and browsing, and one of the most spectacular examples of success in the field of community-generated content. What’s not always obvious are the social benefits you can derive from actually being a contributor to it, as I learned during a rather odd edit war with an ill-mannered Nolans fan a couple of years ago.

My own efforts as a Wikipedia contributor tend to happen in fits and starts, and often involve just making minor corrections to articles on pop culture and technology as I’m reading through them. And that was what happened when I made what I thought was an uncontroversial edit to an article about UK pop group the Nolans back in March 2008.

I had no particular expertise concerning the Nolans, a group of singing Irish sisters who endlessly popped up on UK variety shows, at the time; indeed, my principal memory of them was as guests on the second episode of Filthy, Rich & Catflap, a successor project to The Young Ones which failed to replicate the rabid cult following of that fine program. But it was pretty obvious that the article contained a lot of irrelevant material.

In particular, after the main text it contained a huge slab of obviously pasted-in text, listing obscure television appearances, odd promotional releases and other trivia. It wasn’t encyclopaedic, it didn’t meet Wikipedia’s standards for neutrality or relevance, and it was generally a mess. It had already been tagged as needing cleanup, but no-one had “been bold” (to use the Wiki terminology) and actually done it. (You can see the offending version of the article here.)

So I removed the material, describing it in slightly uncivil fashion in my edit summary as “fancruft”, and left a note on the talk page explaining my actions. I didn’t realise that this would kick off a two-month edit war with a Nolans fan known as Karen.

Fans are a two-edged sword for Wikipedia. Their in-depth knowledge means that they can contribute information and sources a casual researcher won’t know about, and their enthusiasm for a particular topic means they’ll ensure that articles aren’t vandalised. On the other hand, fans often don’t appreciate that not everything they know about a topic is suitable for Wikipedia, and they can develop a bad case of “ownership”: believing that no contributions other than theirs are appropriate and that they can add material without providing sources.

Karen was the source of the offending swab of irrelevant text, and she didn’t take kindly to it being removed. So she kept restoring it and adding other fan-like material. I tried to engage Karen and a friend who was assisting her in discussion about the suitability of the material, and to encourage them to work within Wikipedia guidelines, but that was a slow process and they appeared unwilling to recognise that “anyone can edit” did not mean “anything goes”.

Karen probably didn’t reckon on my being so stubborn. Having gotten involved, I was determined not to see the material restored until it met Wikipedia standards, so I began trying to tidy up what was added and to find suitable references for the overall article. She responded to this (with a conspicuous lack of accuracy in grammar and spelling) by variously deleting my posts; describing me as “nasty”, “crazy”, “evil” and a “jail bird”; characterising my writing style as “dire”, “crap” and “boring”; and most astonishingly, by claiming that she had deliberately included fake details in the list she kept adding to reveal my own lack of knowledge about the Nolans.

Those actions did eventually result in her being blocked temporarily from editing by Wikipedia administrators. The article still stayed in a precarious and messy state, with me not making major changes in order to stay within Wikipedia’s rules about not reverting material repeatedly but pointing out on the article’s talk page just what was wrong with the current version. Karen and her crony didn’t respect those rules a lot of the time, but I couldn’t see any point in making the situation worse by aping that behaviour. I just pointed out where Wikipedia policies where being violated, and persisted with trying to improve the article through discussion and consensus and locating more references. I am not by nature a particularly tolerant or patient person, so I definitely chalk this up as self-improving. (You can see the whole discussion on the article talk page, though it starts off very confusingly as some of my comments were deleted and never got restored.)

When copyright violations are your friend

Ultimately, two things make for better content at Wikipedia: a patient attitude and a willingness to find suitable reference material. It was while researching the Nolans in the State Library in Adelaide (yes, I was possibly over-involved at this point) that I realised that much of the text in the version Karen was keen to revert was actually a direct lift from the Encyclopedia Of Popular Music. As such, it would need to be removed immediately as a copyright violation. That put the whole argument for reverting back to the earlier version on very shaky ground. Once that was established, the edit wars finally stopped. With Karen apparently withdrawing all involvement, other contributors also popped up to help make improvements to the article, demonstrating that a civil atmosphere does work better than a battleground.

Right now, the Nolans article is far from perfect, but it is one of the more heavily-referenced articles for a non-active pop act I’ve encountered. Having not been as active on Wikipedia in the last year, I really should get back and tidy up some of the remaining problems. That might be a good anniversary activity, and hopefully it won’t involve spending more time on the discussion page than in the article. But if that’s how it has to be, then that’s how it has to be.

That is definitely an extreme example, but it was a good learning experience for me. Contributing to Wikipedia is much more straightforward and pleasant most of the time. We’ve got a Lifehacker 101 guide to the basics, and there really isn’t much more involved than clicking on the ‘Edit’ button at the top of an article and fixing any errors you encounter. You’re bound to learn something in the process.

Happy birthday Wikipedia; may the next 10 years be just as interesting.