Handle Emergency Calls When Your Android Phone Is On Silent 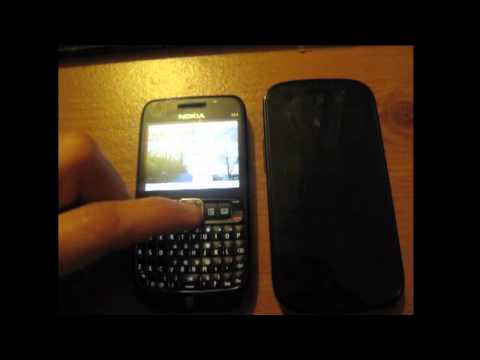 You silence your phone at night so you aren’t woken up (or disturbed during meetings, etc). But you also want certain people to be able to reach you in an emergency. Here’s how to get the best of both worlds.

The secret sauce in this hack uses Tasker, the ultimate automation tool for your Android. We’ve covered it a lot already. This is just another cool use case…

Here’s the system I wanted to create:

My phone is on silent and a certain (very privileged) person calls. I don’t want to be woken up this time (it might not be an emergency after all), but instead I want the caller to receive a text message with instructions on how to unsilence my phone if it is an emergency. (You can see the process in action in the video above.)

The instructions tell the caller to send me a text message containing a keyword. This keyword unsilences my phone so that the next time they call, I’ll hear it.

It’s possible to import and export Tasker profiles, so I’ll link to my exported profiles at the end for convenience. If you want to know how it works, here’s the explanation.

So what’s the context in our case? It’s the phone being on silent. Unfortunately, that’s not a context Tasker recognises! So instead I’ve created a variable that we can toggle with a widget that puts the phone in silent and sets up the emergency call handling.

It may be that you use Tasker to put your phone on silent during certain hours of the day or whatever. In that case you can just use that same context to enable the emergency call system.

There’s also a standalone task that toggle the silent mode variable which we assign to a widget.

The last thing we need is a profile that responds to the keyword and takes the phone off silent.

Here are the XML files to import in to Tasker.

They need to be customised for your VIP numbers and you will probably want to customise the message you send out and maybe the keyword too. You can do that after you’ve imported to your phone but it’ll be easier to open the files in a text editor on your PC and do it there before importing. Here’s what to do:

Find this line Automated message: My phone is on silent…

Customise your instruction message. Remember not to go over the text message limit as Tasker won’t split it for you.

The other files don’t need customising unless you want to change the keyword for unsilencing. In which case search for “wakeupcall” in un-silence.prf.xml and change it to whatever you want.

All you need to do now is get those files onto your SD card and import them into Tasker.

To import to Tasker click the Menu button, select Profile Data, select Import One Profile and import the xml files one at a time.

The final step is to add a widget to your home screen to toggle silent. To do that long press an empty spot on your home screen, choose Widget, choose Task, select Toggle Silent, pick an icon for it by clicking the button to the right of the wrench, click Make Widget and you’re all done.

It’s not a perfect system, but it’s pretty darn good. If you’ve got suggestions for improvements, or you’ve got another method you’ve used to accomplish a similar task, we’d love to hear about it in the comments.