The Easiest Ways to Install and Update All Your Mac Apps

Once you’ve set up your brand new Mac, or done a clean install of macOS on your machine, you can save yourself a lot of time by automating the app install and update process. If you’ve ever used Ninite on Windows, we’re going to show you how to use its alternatives for Mac. 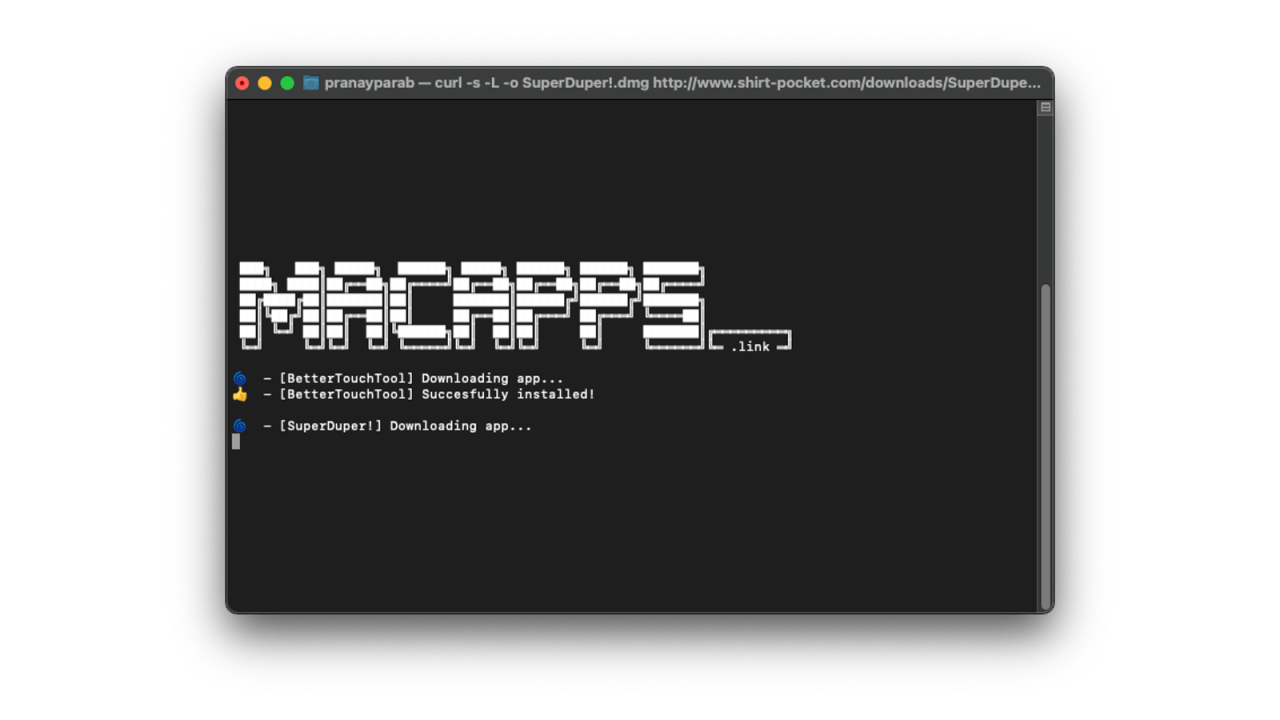 To speed up app installs on your Mac, visit macapps.link. It works like Ninite does on Windows. You look at the list of apps, select the ones you need, and click the Install button at the top. The website generates a code, which you can copy and paste in the Mac’s Terminal app. When you run the command, all the apps you selected will be downloaded and installed one by one. You don’t need to do anything else except paste the licence keys when you open paid apps you’ve just installed.

Macapps.link has a long list of apps on its website, but it doesn’t have all the apps you need, so you’ll still have to manually download and install a few. In addition, while the service has never had any reports of malicious activity, it works by running a “curl | bash” script, which can be a less secure method for downloading apps and links from the internet. If you want to be 100% safe, consider the following alternative.

If you are comfortable with using the Terminal on your Mac to install apps, Homebrew is going to make things easy. The only technical know-how you need is the ability to visit the Homebrew website and copy-paste some commands in the Terminal.

Homebrew is a secure way to install both command-line tools and GUI-based apps that everyone uses. Visit the Homebrew website and copy the command under Install Homebrew. It’s this one:

Open Terminal on your Mac, paste that command, and hit Enter. This will begin installing Homebrew on your computer. When the process is complete, you can use simple commands to install and uninstall apps.

If you’re looking to install command-line tools, which includes useful stuff like YouTube downloaders, visit the Homebrew Formulae page. You can click the name of the tool you need and copy the code next to Install command. Run this command in the Terminal to begin installing any tool.

Similarly, you can find the apps most people use on the Homebrew Casks page and follow the same steps to install your favourite apps. Install commands look like this:

Both installing and removing apps can be done directly from the Terminal. 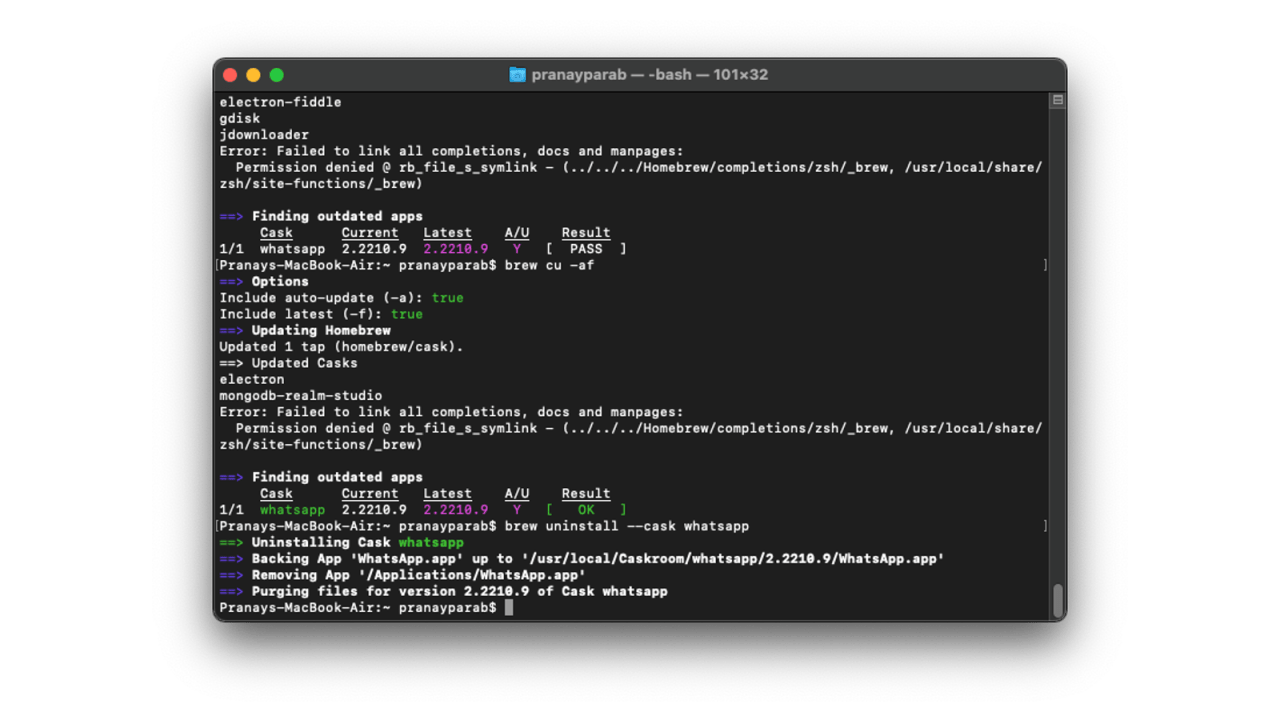 If you aren’t using the Mac App Store for your apps, manually updating each one can be a pain. If you installed all apps using Homebrew, though, there’s an easy command to let you update all of these apps in one go. First, install the brew-cask-upgrade command-line tool to access the update command. After Homebrew is installed, open Terminal on your Mac and paste this command:

Next, run this command to update all apps in one fell swoop:

If you don’t like using Homebrew or if your apps cannot be installed using it, consider trying MacUpdater. It’ll automatically scan your Mac for installed apps and help you download and install updates easily. You can scan all apps for free and pay a one-time fee of $US15 ($21) to let the app manage app updates for you.