Adobe recently announced Photoshop Sketch and Illustrator Draw, two great free drawing apps available on iPad, will be removed from the Apple App Store (and Google Play) on July 19. Luckily, the apps are getting a free replacement in Adobe Fresco, which combines the features of Photoshop Sketch and Illustrator Draw into a single app — but there might be a better choice for you out there, and it’s the perfect time to find out.

You don’t have to make a change, as existing users can continue using Photoshop Sketch and Illustrator Draw as long as the programs are installed on their devices by July 19, but the apps will only receive limited support until they’re fully discontinued on Jan. 10, 2022.

That said, Adobe Fresco is frankly a much better app than Photoshop Sketch or Illustrator Draw ever were. (Adobe also offers iPad versions of Photoshop and Illustrator, but they’re locked behind a Creative Cloud subscription and are missing many features of the desktop versions.)

The best other drawing apps for iPad Pro artists

And if you don’t like Adobe’s iPad apps and are looking to make a change, there are many other worthwhile drawing programs available for iPad Pro — maybe too many. To help you find one that fits your artistic needs, we’ve assembled a shortlist of the best drawing apps for iPad Pro artists at any level. There are free and paid apps on this list (though the former are affordable options, we promise), but each one offers its own unique features and capabilities — whether that be precise vector art, bold line work, or digital painting. Procreate is a powerful app designed specifically for iPad and Apple Pencil. Its interface is streamlined and easy to navigate, and it’s packed with professional-grade features like custom brushes, layer blending modes, perspective grids, gradient maps, and more.

Procreate lacks some bells and whistles you’ll find in full-featured desktop programs (I desperately wish it had Photoshop’s layer effects, like “inner glow” and “outline”), and its one of the few apps on this list that isn’t available on other devices, but it links to iCloud and Google Drive and supports PSD, PDF, PNG, TIFF, JPEG, and its own .procreate file types, among many others, so you can easily export Procreate images to other programs.

In fact, Procreate has been my go-to drawing and painting app for years — I use it more than any other app on this list, and it quickly replaced Photoshop when I discovered it a few years ago. It’s a paid app, but dropping $US10 ($13) for a one-time purchase grants you lifetime access and all future feature updates, which is a much better deal than paying for a monthly fee for a subscription-based app. Sketchbook used to be a paid app, but Autodesk now offers the full version for free on the Apple App Store. It doesn’t have quite the same feature depth as Procreate or Clip Studio Pro, but important functions like custom brushes, layers, and gradient maps are included, and Sketchbook’s myriad perspective grids and drawing guides are great for creating technical drawings and doing design work. It will also convert pictures of hand-drawn sketches into images using your iPad’s camera. There are free Mac and Windows versions of Sketchbook available as well, which is helpful for those who want to use a single program with a consistent interface and feature set across multiple devices. 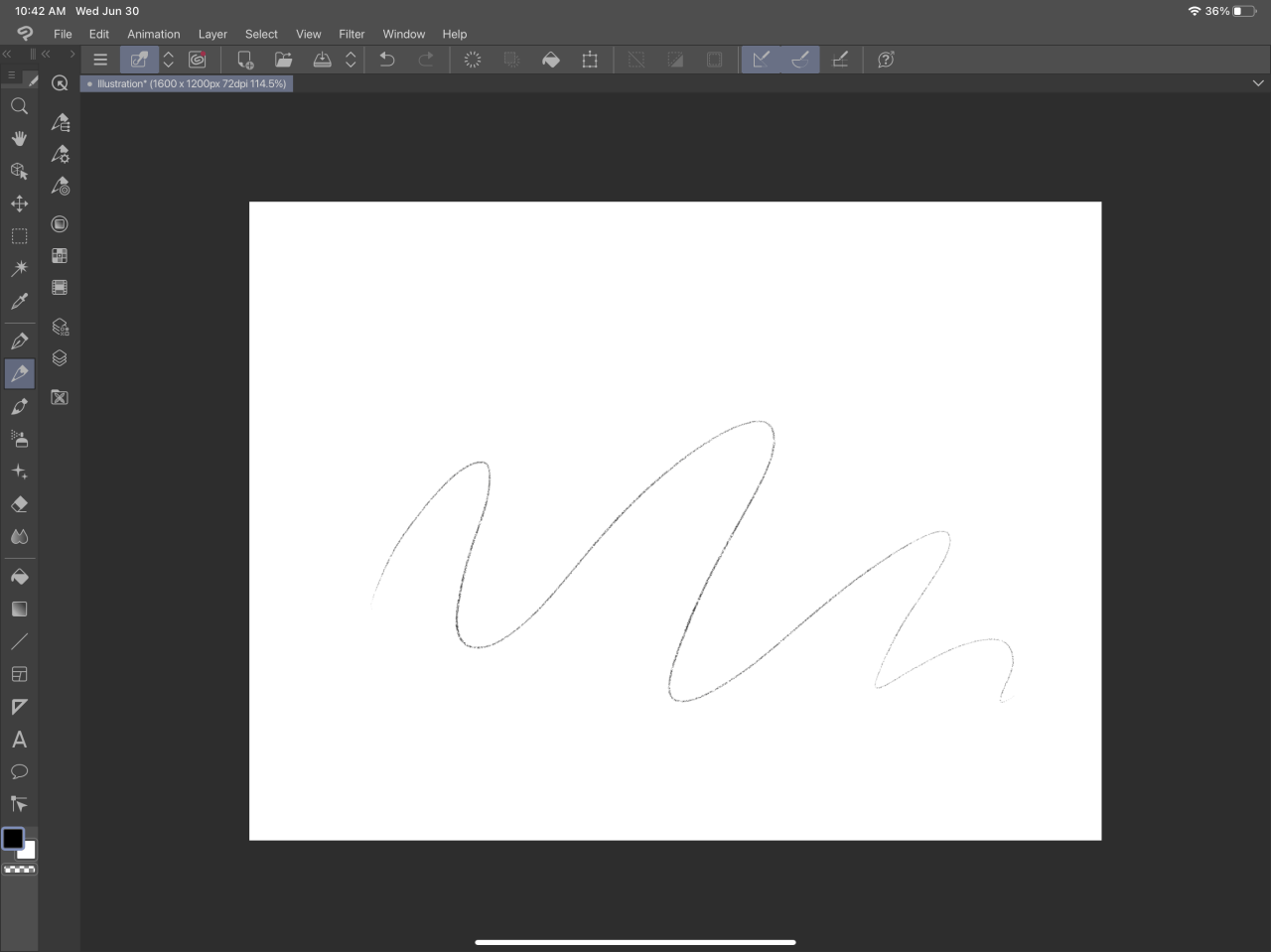 Clip Studio Paint is popular among comic and manga artists who work digitally. It has robust brush customisation settings and comes with built-in comic page layout templates, animation tools, and even a library of 3D reference models — a great addition for anyone learning anatomy (and no, using them is not “cheating”).

Clip Studio Paint is available on iPad, Android, and desktop, and comes in two versions: the $US50 ($64) Clip Studio Paint Pro that includes all the features mentioned above, and the $US219 ($281) Clip Studio Pro EX, which offers advanced manga and animation features. Luckily, there’s a three-month free trial available for all platforms so you can test it out before buying, and monthly usage plans if you don’t want to pay full price all at once. Affinity Designer is a vector graphics program, making it a solid alternative to Adobe’s Illustrator apps. It includes common vector graphics tools like curves and precise shape creation, and good matches for Adobe Illustrator’s well-known pen and pencil tools. Affinity Photo, on the other hand, is more like Photoshop, and focuses on digital painting and photo editing tools. Both programs are well regarded for their smooth, speedy performance on iPad (though their exact performance will depend on your iPad model), and their support for Apple Pencil.

Both apps are $US50 ($64), making them two of the most expensive choices on this list, but you only have to pay for them once — which is still better than paying for a monthly subscription to Adobe’s software. You can also purchase Mac and Windows versions of each app. Our last highlighted pick is Linea Sketch, another entirely free app. Compared to our other free pick, Sketchbook, Linea Sketch isn’t as robust, but its simplicity is part of its appeal.

Linea Sketch is a straightforward drawing and painting app, and unlike many of the cross-platform apps above, it’s built specifically around iPad and the Apple Pencil. It’s a great beginner program too, thanks to its helpful colour selection tips that offer up a selection of complementary colours.

Other standard digital art features like line assist, transform tools, perspective grids, built-in page layouts, and multi-layer support are also included (though I should note the app maxes out at just five layers per drawing). If you decide you want to work on your Linea Sketch drawings in other programs, you can export them as a PSD, PNG, or JPEG.

Like I said before, this list only covers a fraction of the truly useful drawing apps available on iPad. I focused primarily on apps I use (or used to use), so there’s probably a few missing that other digital creators swear by. If your favourite isn’t on the list, drop a suggestion in the comments. If any prove to be super popular, I’ll add ‘em to the list in a future update.