Where to Get ‘Unity’ Wallpaper for iPhone, iPad, and Mac

Continuing Apple’s celebration of Black culture, the company has released new (and gorgeous) “Unity” wallpapers. These addition to Apple’s Black Unity Collection come on the heels of Apple’s launch of Unity-themed Watch faces, Apple Watches, and Apple Watch bands, which are now available for purchase from any Apple Store.

As a reminder, the Black Unity Collection borrows its colours from the Pan-African flag, highlighting, “a symbol that unites people across the African Diaspora.” As Apple previously wrote when launching its new Watch faces:

“Red represents the blood that unites the people of the African diaspora and was shed for their liberation. Black is for the people whose lives are affirmed by the flag. And green is symbol of the vibrant, natural wealth of Africa, the Motherland.”

Apple has released watchOS 7.3, which you’ll need to install if you want to play around with its brand-new “Unity” watch face that the company released in celebration of Black History Month. It’s actually one of three special launches Apple is making as part of its Black Unity Collection: a...

The new Unity wallpapers are a wee bit buried on Apple’s website. To find them, pull up the Apple Watch page, and then click on the “Find out more” link, shown here: 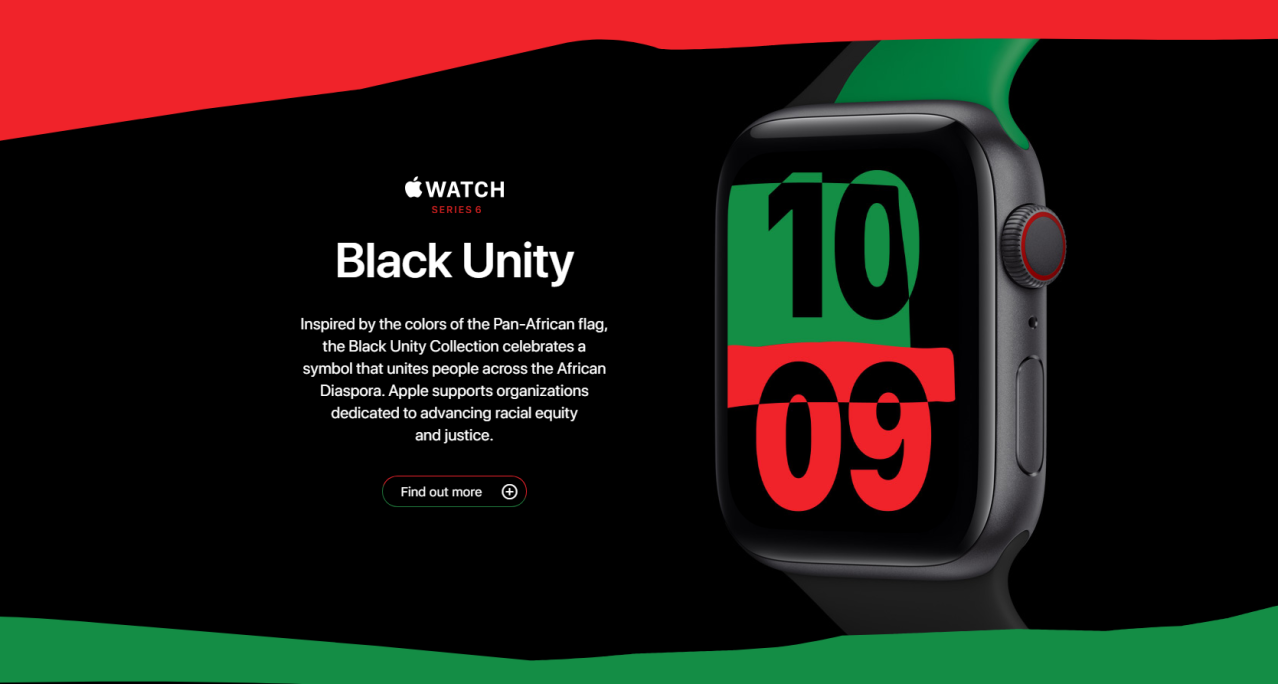 That will pop up the following screen: 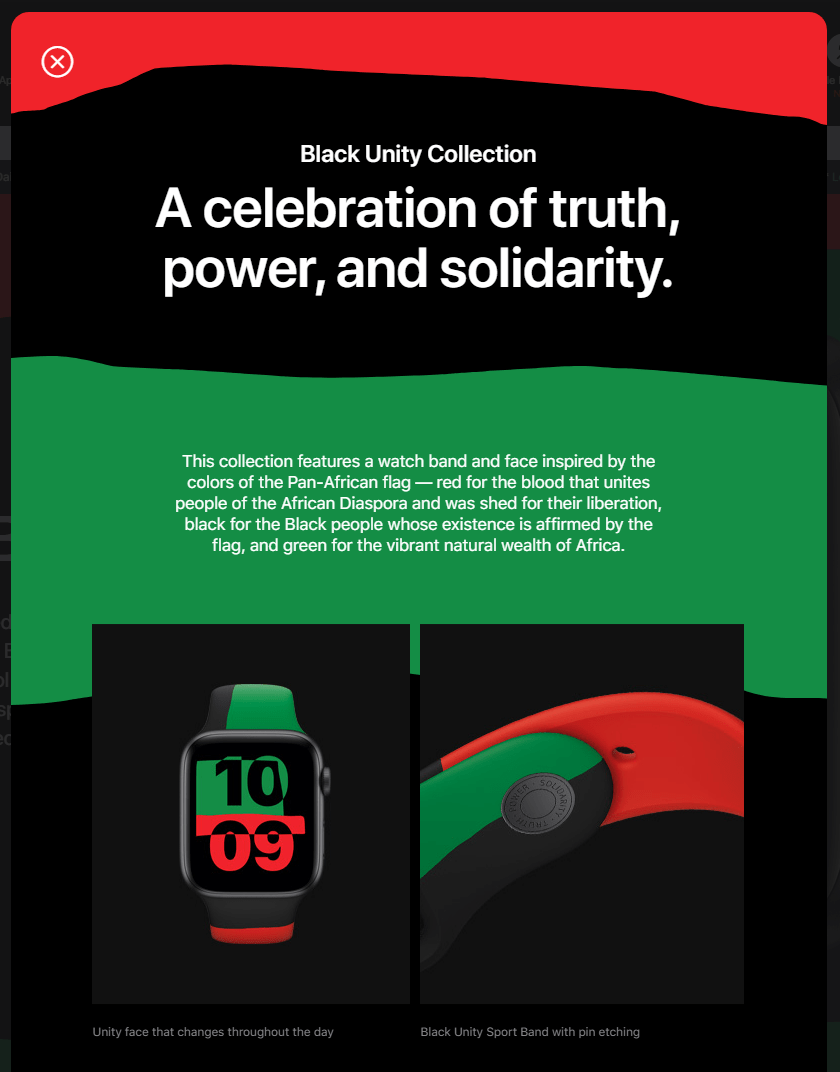 Scroll down, and you’ll find the links to the Mac, iPad, and iPhone wallpapers. Click “Get wallpaper” to download each, then transfer them to your device however you want. (As a Windows user, I find it easiest to just upload the wallpaper to the Photos app in icloud.com, but you can use any number of other techniques.) 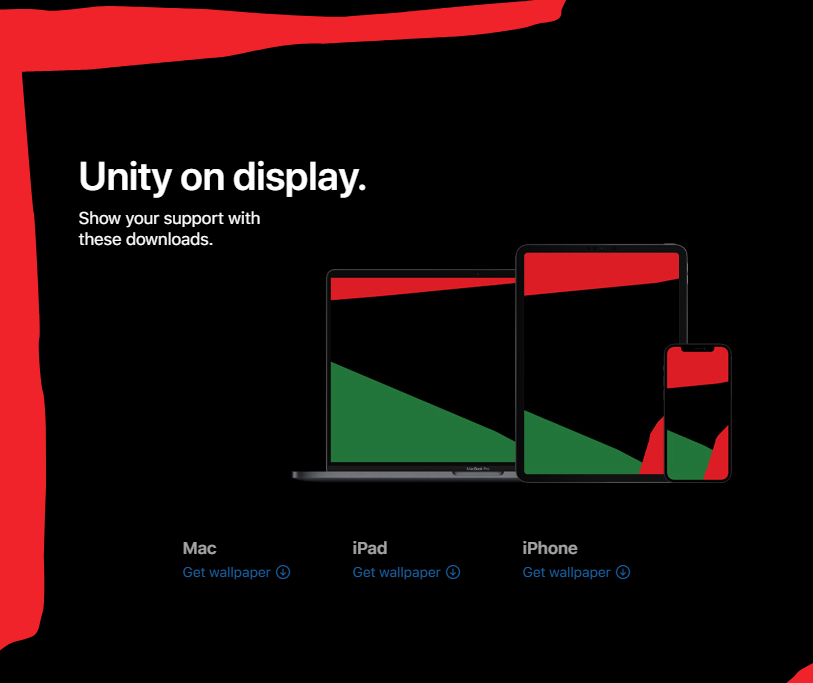 As a reminder, you’ll be able to switch your macOS wallpaper by clicking on the Apple logo in the upper-left corner and going to System Preferences > Desktop & Screen Saver. On iOS/iPadOS, you’ll need to pull up the Settings app and navigate to the aptly named Wallpaper section. And, yes, Apple’s offering is only a single Unity wallpaper for each device. Those of you looking for a fancier option — like a dynamic wallpaper that shifts colour depending on the time of day — will have to look elsewhere for a similarly themed background. Or you can also use an online tool to create different, colour-shifted versions of the Unity wallpaper, and then use an app to combine them together into a single dynamic wallpaper. That’s a bit of work, but it’ll look awesome.