The TV Episodes That Helped Us Escape 2020

In a year when the outside world became a literal threat, television provided more of an escape — or, perhaps, an essential outlet for emotional release — than ever before.

Even as everything from church services to first dates moved online, we still couldn’t escape our screens, because binging one more episode of Schitt’s Creek was all that was keeping us from doomscrolling through social media, and exploring the dark future of Raised by Wolves meant we could ignore the one unfolding on the other side of our thresholds.

These are the singular episodes of television that helped us ignore the off-kilter reality of life amid a pandemic for a few more precious moments. Yes, I have a degree in film & television, but I also have a degree in pettiness, and the newest entry in the Real Housewives franchise is pettier than its predecessors. In the premiere episode, we meet a woman marrying her step-grandfather, someone excommunicated from the Mormon church, and see a huge argument about “hospital smell.” If you are intimidated by diving into 13+ seasons of a new reality show, this one is only a few episodes in, so you can catch up quickly. — Joel Kahn, senior video producer

How to With John Wilson — “How To Make The Perfect Risotto” People are weird, and no one captures that weirdness better (and with more empathy) than John Wilson. This whole show blew me away, and I’m only picking the last episode as my favourite because I want you to watch the whole series (though this episode did make me cry). It’s funny, odd, and soothing. Rather than tricking people into making fools of themselves or mocking them from behind the camera, Wilson engages with them with honest curiosity and just lets people do their thing, and the resulting footage is the better for it. The last episode, “How to Make the Perfect Risotto,” centres on the pandemic in a way that is particularly tender and cathartic. I cannot recommend it enough. — Claire Lower, senior food editor

Haunting of Bly Manor — “The Altar of the Dead” Once in a while, a horror series comes along that goes beyond jump scares and gore, and makes you fall in love with the genre in a whole new way. The Haunting of Bly Manor does exactly that with its mix of drama, suspense, and rich characterization. The episode “The Alter for the Dead” in particular sent me head over heels for Hannah Grose (T’Nia Miller), who is not your average housekeeper. She keeps the kids in line and you will never see anyone more elegant while mopping, but she is also strangely protective of the house itself. This episode bends time and curls it into strange shapes of emotion as it explores her — and the house’s — secret history. I am definitely rooting for everyone Black on the show, and T’Nia Miller deserves all of my attention. Known for her role in Years and Years, she brings Mrs. Grose to life and beyond, and I’ll just leave it at that. — Aisha Jordan, staff writer 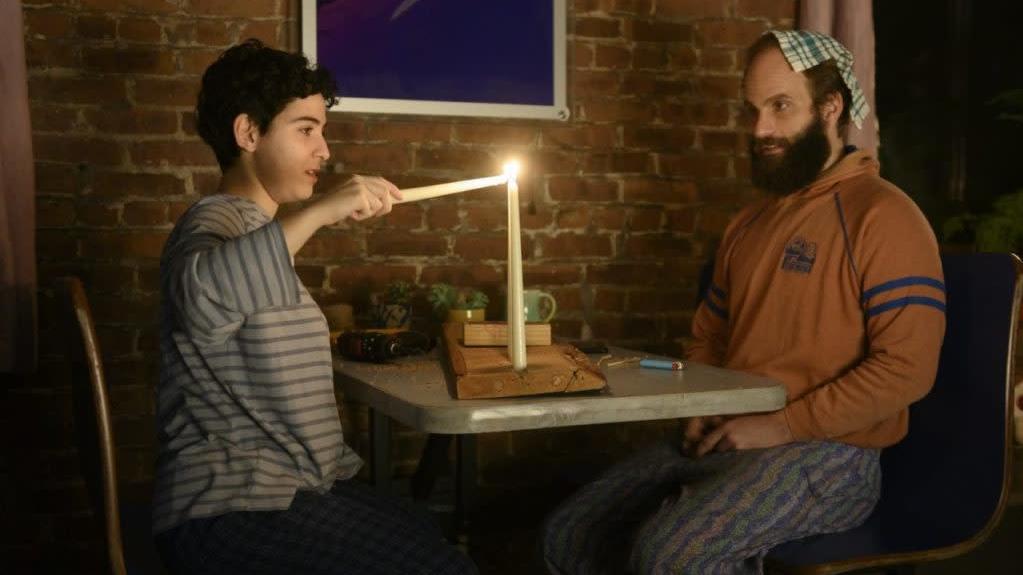 After the pandemic stole Brooklyn from me, I went looking for it on television, and found it portrayed — in all of its contradictions and complexities — in shows like High Fidelity and Girls, but nowhere with more compassion than in High Maintenance. The fourth season is the show’s strongest since the first, once again ping-ponging around the borough and beyond as it follows an affable pot dealer (played by series co-creator Ben Sinclair) on his rounds, and into the homes and lives of his customers.

For years, Sinclair’s character has been known only as “the Guy,” his own life mostly revealed in his interactions with others, but in the season finale, “Soup,” he takes a far more prominent role as, through the eyes of a young relative come to visit for Hanukkah, we come to understand how someone might fall into a career as a thirty-something drug dealer. Meanwhile, a bunch of flight attendants find themselves stranded in the city after a snowstorm grounds all flights, and they stage an impromptu holiday party.

“Soup” ends on a perfect, melancholy note — finally revealing The Guy’s name almost as an afterthought — and if it turns out to be the last one (the fifth season is still TBA, though it’s fascinating to contemplate how it might handle the pandemic), it’s a fitting ending for the show that holds all of Brooklyn in its heart. — Joel Cunningham, managing editor

The Mandalorian — “Chapter 14: The Tragedy” Do I really need to explain this one? If you have the slightest bit of Star Wars fandom about you, this is the episode you need to see. I really can’t say anything else. Just enjoy it. — David Murphy, senior technology editor

The Undoing — “The Bloody Truth” [Spoiler warning for The Undoing]

I guess it makes sense that Hugh Grant plays such a compelling psychopath, even if he’d never played one before HBO’s The Undoing. I was really taken aback — riveted, even — by his portrayal of Dr. Jonathan Fraser in this limited series. The show kept me guessing the entire time, because I was duped by Grant’s sociopathic charm — the very same that made him the disarming chap he used to be in rom-coms. This year was terrible, but Hugh Grant made it slightly more entertaining, which is not something I thought I’d be saying 11 months ago. — Sam Blum, staff writer I wasn’t initially inclined to watch Cheer, but the Netflix docuseries about a successful competitive cheerleading squad won me over in the first few minutes with its engrossing story about young people from different backgrounds working together in the pursuit of a common goal — which happens to be winning a national cheerleading competition. The doc reveals the sometimes-concerning ecosystem of competitive cheerleading, as well as the escalating gymnastic feats (and risks of injury) required to be successful. — Mike Winters, personal finance writer

What We Do in the Shadows — “City Council” There’s nothing I love more in comedy than the full-on commitment to a ridiculous character — something the entire cast of this show does this so incredibly well. Can you honestly think of a better premise than clueless ancient vampires attempting to takeover modern-day Staten Island?

In this episode — which is from season one, yes, but I am only catching up now — the 300+ year-old vampires take their plans of NYC domination to the next level by attending a city council meeting, where Nandor the Relentless’s attempts at menacing local citizens prove absolutely priceless. — Micaela Heck, podcast producer It’s been a dark year, and one of the darkest shows on television, HBO’s Euphoria, leans into it. Rather than its typical fast-paced episodes featuring Emmy-winner Zendaya as a drug addicted teen named Rue, the Christmas special slows things down. The dialogue-heavy episode is a two-hander: nothing more than a conversation between two addicts in a diner. It’s thoughtful, painfully beautiful, and a master class on how to write compelling dialogue. — Jordan Calhoun, deputy editor

Editor’s Note: This article was originally written for a U.S. audience, but we’ve done our best to update for Australian readers.