Stop Grammar Policing The Word ‘They’ 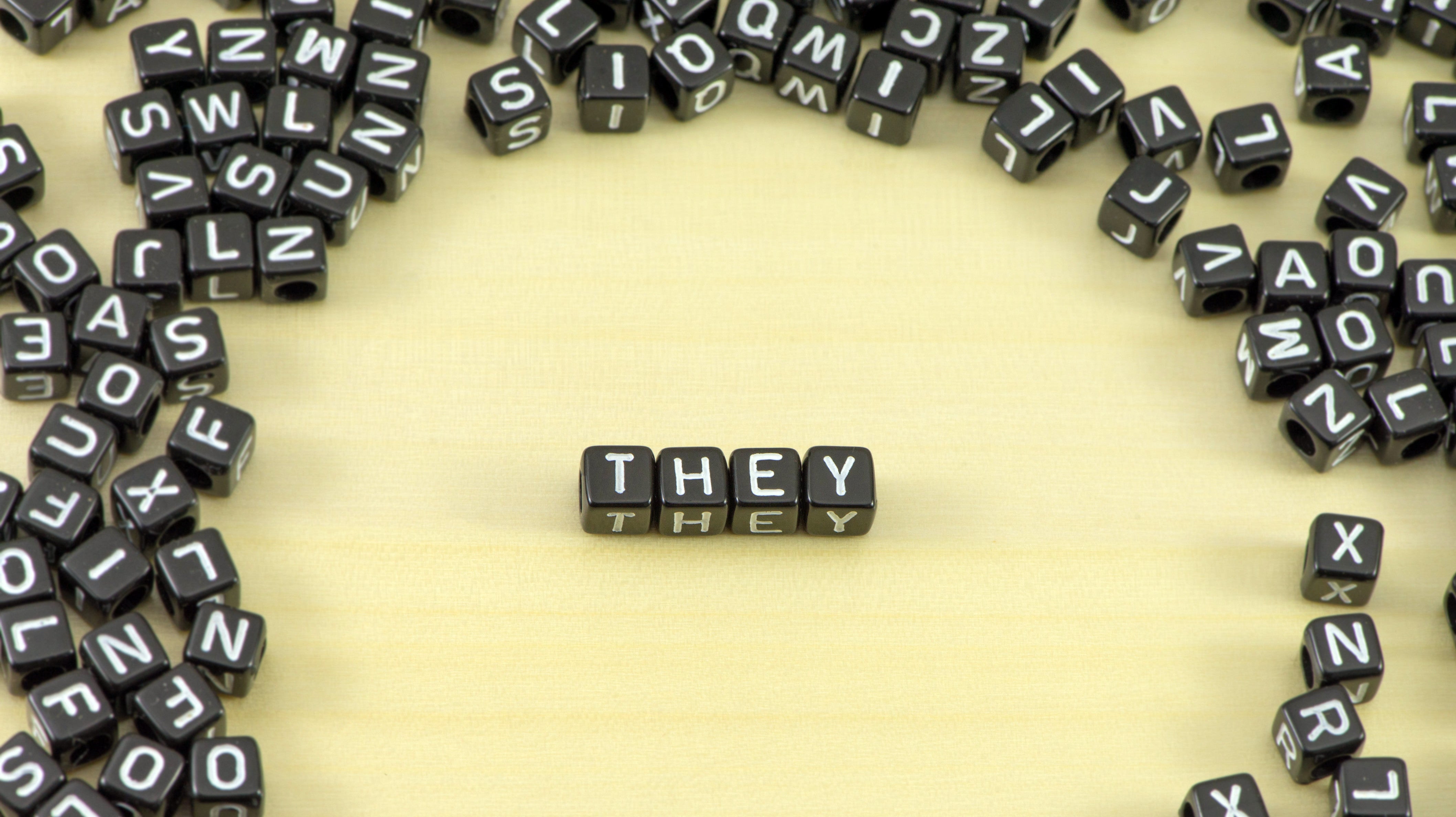 If somebody wants to refer to a person whose gender they do not know, or who doesn’t have a gender, they can use a certain very common English language pronoun. You know which one I mean. I just used it twice. Congratulations to they on being Merriam-Webster’s word of the year.

But we have to talk about something. There are some curmudgeons out there who claim that they cannot be a singular pronoun (it absolutely can), or who refuse to allow the concept of a non-binary person into their brain. These people are, in every possible sense, wrong.

I have received angry emails about this pronoun, just as the Merriam-Webster folks are currently fielding tweets from people who have decided to get up in arms about they ever referring to a person. This humble pronoun is newfangled and “PC,” somehow, they allege. (It is neither.)

It is true that many style guides and grammar books encourage the use of they only for groups of people, and clunky constructions like he or she for a single person. However, it is also true that people use singular they all the damn time, and it’s fine.

In the weeks after a particularly self-righteous old grump wrote to me to complain at length about my use of they in a Lifehacker post (“You are indeed part of our declining society,” they opined), I chuckled to myself every time I saw the word in a formal context or from a teacher or other authority figure. A note from preschool asked me to help my child with their craft project, for example. Anyone expecting to hear or read English without encountering a singular they will quickly find themselves disappointed.

Both uses of singular they are correct

First, the idea of using “they” to refer to one person, who may be of any gender, is hundreds of years old. Shakespeare used it, like so:

There’s not a man I meet but doth salute me

As if I were their well-acquainted friend

Merriam-Webster clarifies that this is not a fluke: examples abound throughout the history of our language. “English famously lacks a gender-neutral singular pronoun to correspond neatly with singular pronouns like everyone or someone, and as a consequence they has been used for this purpose for over 600 years,” the word-of-the-year announcement explains.

We all use singular they meaning a person of unspecified identity. (I would guarantee that even my grumpy letter-writer slips into it every now and then.) But what about they/them pronouns for a single, known human being?

I mean, what more is there to say about a person’s pronouns? If somebody is non-binary, it would be factually wrong to use he or she to refer to them. (There are other gender-neutral pronouns besides they, of course, and you can read more about them here.)

While you might need to occasionally reword a sentence to be clear you’re talking about a singular person, that’s hardly a burden. It would be far more awkward and arguably rude to rephrase every sentence to say this person or my friend or our distinguished guest to avoid using a pronoun. Instead, I invite anyone who finds singular they uncomfortable to practice using it more often, so they can get over themselves.