Should You Be Worried About Sydney’s Apocalyptic Smoke?

Sydney is currently experiencing its worst air pollution on record. A spate of bushfires across the state has left the city shrouded in a dense layer of smoke and many Sydneysiders are rightly worried about their health. Here’s what you need to know.

If you need to ask that, you’re obviously not a Sydneysider. To give an indication of the smoke that’s currently engulfing the city, here’s a side-by-side photo of what Sydney looks like now, compared to a few weeks ago:

A few weeks ago on the left, today on the right. #sydneysmoke pic.twitter.com/00OUe9gJJy

In other words, we basically live in Mordor now.

According to the NSW Department of Planning, Industry and Environment (DPIE), this has resulted in some of the highest levels of air pollutants recorded in Sydney since air quality monitoring began.

“Smoke from the current bushfire emergency is having widespread impacts across northern NSW, the North Coast, Northern Tablelands and into the Hunter and Sydney regions,” a DPIE representative told Gizmodo Australia. “Air quality is expected to be poor in areas in close proximity to the bushfires.”

Is the smoke dangerous?

Yes and no. Long-term exposure to air pollution can cause all sorts of health problems, ranging from respiratory disease and lung infections to strokes and even cancer.

However, it generally takes decades of prolonged exposure for serious health issues to arise. Bushfire-related air pollution is (usually) more fleeting. For most people, short-term exposure to smoke will only cause temporary eye or throat irritation.

How Does Bushfire Smoke Affect Our Health?

New South Wales and Queensland are in the grip of a devastating bushfire emergency, which has tragically resulted in the loss of homes and lives.

With that said, all that smoke obviously isn’t good for you. As NSW Health warns:

Fine smoke particles are known to affect the human breathing system. The smaller or finer the particles, the deeper they go into the lungs.

According to numerous studies, there is no “safe” level of air pollution. Last month, Dr Ivan Hanigan, a research fellow with the University of Sydney’s Rural Clinical School issued a public statement warning about Australia’s rising air pollution.

The short-term impact on air pollution such as small airborne particles and toxic gases is of substantial public health concern, even at the low levels we find in Australia.

Our studies show that there appears to be no safe lower threshold of exposure to small airborne particles and there is likely premature mortality and lost life expectancy in Australia.

Needless to say, people with known respiratory conditions need to be extra vigilant. Exposure to bushfire smoke is known to aggravate existing lung conditions, such as chronic bronchitis, emphysema and asthma.

How can I protect myself?

According to NSW Health, the best way to avoid the pollution in the air is to remain indoors. (Well, duh.)

The best way to reduce exposure to smoke is to stay indoors with the doors and windows shut. Air conditioning can also help to filter particles from indoor air.

You should also try to avoid vigorous outdoor exercise, especially if you have asthma or a lung condition.

“If you suffer from asthma, other respiratory conditions such as chronic bronchitis (also called chronic obstructive pulmonary disease or COPD), or cardiovascular disease, make sure you have your reliever medicine handy,” NSW Health adds on its website.

What about protective masks?

If you’ve been braving the commute through this week’s smoke, you may have noticed multiple people wearing face masks. In addition to adding some Mad Max-style chic to Sydney’s fashion scene, these masks can help prevent smoke particles from entering the lungs – but you need to use the right kind.

According to an ABC investigation, cloth masks and cheap plastic varieties are essentially useless against smoke pollution. Instead, you need a P2 mask which are specifically designed to filter out airborne particles.

You can pick up P2 masks from most hardware stores including Bunnings, with prices starting at under $10. (Just make sure it actually fits your face properly!)

So just how bad is Sydney’s air pollution right now?

“[The current conditions] are unhealthy for sensitive people, and could cause symptoms, especially in people with heart or lung disease,” the AQI warns.

If you’re concerned, be sure to subscribe to the EES air quality alerts system which will keep you regularly notified of environmental changes via emails and SMS. Stay safe, my smoky, smoky friends. 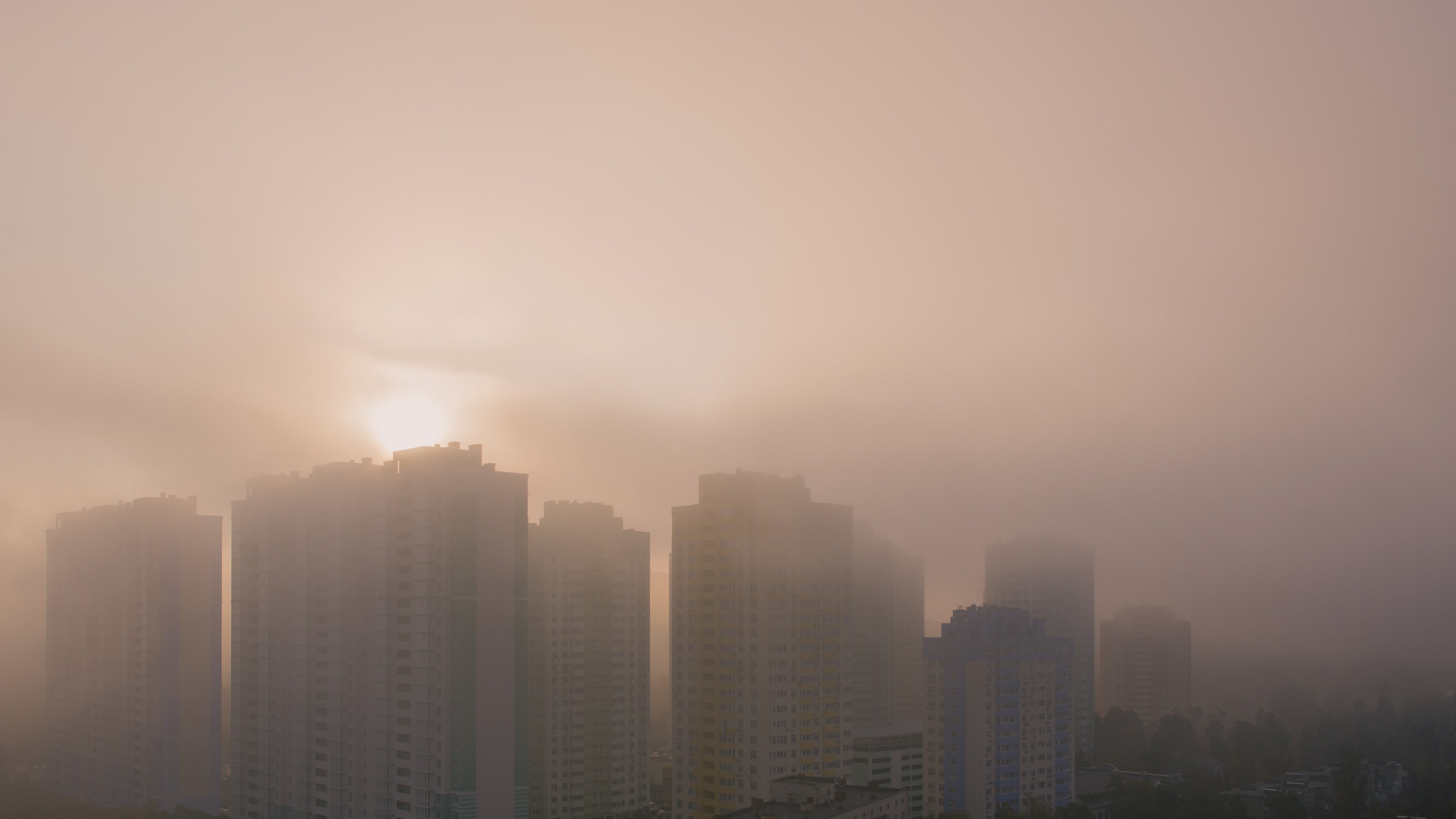 Particulates are just one component of air pollution, but they pose a significant health risk—especially the ones that are smaller than 2.5 microns. Particulate pollution can aggravate asthma and can contribute to heart disease, stroke, and other health conditions. So...how much are you breathing in?