The Secret To The Best Browned Butter 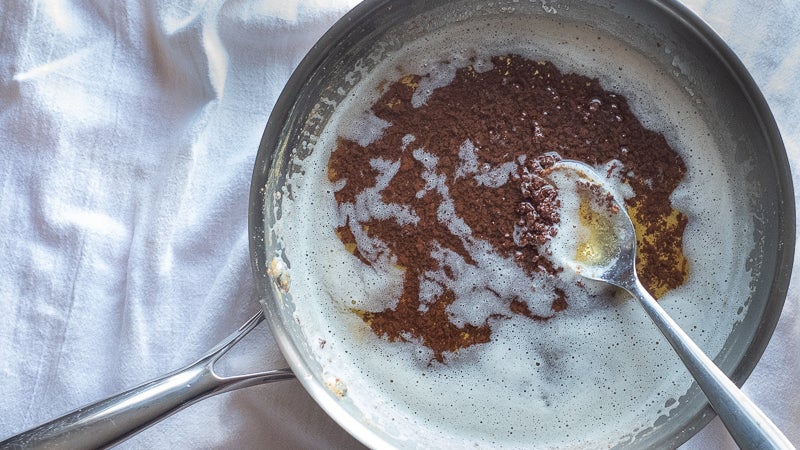 Browned butter makes everything tase better—except, of course, when you can’t taste it at all. Its rich, toasty flavour has a way of getting lost in all but the most butter-forward dishes. The solution is simple: Just add milk.

I learned this genius trick from blogger and author Mandy Lee. Here’s why it works: When you brown butter, the parts that actually fry and turn brown are milk proteins. Adding pure milk gives the butterfat more to work with, so you get a much higher ratio of the crispy brown bits that give browned butter its unmistakable flavour. The more of those you’ve got, the stronger they’ll come through in the finished dish.

Making extra browned butter is exactly like making regular the regular stuff, except you pour some milk in at the beginning. There’s no magic ratio; the photo above is two sticks plus about half a cup of whole milk, but you can use less or more depending on what you’re after. Keep an eye on it and stir frequently—it’ll look weird and pale at first, but once the milk boils off, you’ll be golden. When it’s done, stir those crispy little nuggets into anything and everything that needs a little oomph. This time, you’ll definitely know they’re there.