The Funniest, Most Bewildering Short Videos On The YouTube Haiku Subreddit 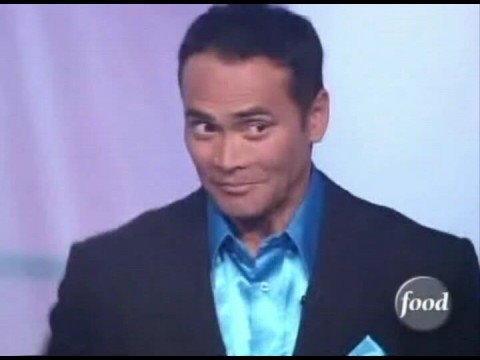 The YouTube Haiku subreddit collects good videos up to 30 seconds long. The best are sometimes funny, sometimes touching, sometimes bewildering. I’ve been a connoisseur of the genre for seven years. I’ve collected my favourites below. They’re absolute snack food—you think you can have just one or two ten-second hits, but by the time you stop, you’ve spent half an hour. But unlike scrolling Instagram, you walk away touched, changed, enriched, obsessed with how that one lady pronounces the word “handbag.”

There’s a certain mix of humour and “what the hell”-ness that does well on this subreddit. For example, this excerpt of Iron Chef submitted by user naive_springwater:

Isolated line readings, like this one from u/yeemeister, are a common theme:

Some weird-video subreddits can get mean-spirited. While that tone does exist on some r/YouTubeHaiku submissions, more often a video is a celebration of the weird and the earnest. Like this submission from u/p6fitz, taken directly from a boy’s YouTube channel, with none of the punchy edits added to most submissions.

“Boy doing something silly” is a common theme. As is a real-world situation with timing as perfect as any scripted farce. See both in this u/SirJacobTehgamarh submission.

Sometimes the Reddit submission title totally recontextualises the video. This one was submitted as “My grandpa on his new Dell.”

One form of recontextualisation is an attempt, real or joking, to explain what bewilders us. Why did that actor deliver the line that way? Why is that child behaving so oddly? Why are the workers in u/AitkenGG’s submission chipping away uselessly at a crosswalk? It’s possible this is a perfectly reasonable way to rough up the stripes on a crosswalk so they’re recognisable by the touch of a cane. But it’s funny to apply video game logic, and say they’re doing construction the Age of Empires way.

Watch enough of these, and you start to see that a short video is qualitatively different from a long one. The same rules of pacing do not apply. Most two-minute comedy sketches would be much improved by cutting out 90 seconds. See this successful bit submitted by u/jcs1994j. It has just enough time to get funny, stay funny, and cut out.

Video games can tell a special kind of story that movies usually can’t: one where the hero definitively and humiliatingly loses.

I think we overlook how many creative idioms (the category broader than a genre but more specific than a medium) were invented by internet memes. There was no room, in the past, for certain kinds of joke. Once the technology was there, it could unlock all kinds of previous material for comedic reinterpretation. Take this example posted by Wighen18:

Some haiku, like this one submitted by u/generalmaks, are three seconds long. They could have been Vines, if Vine had lasted long enough.

Some haiku have a lot going on. It’s incredible that all this happens in 11 seconds:

Some make a point quite succinctly. Some can convert people to socialism in six seconds.

Sometimes a haiku sits at the end of a longer video. Like the last ten seconds of this clip, submitted by Monatok91:

There’s a controversial subset of videos that are just iterations of a recurring meme. Many of them ride on recognition more than actual humour. This video, submitted by u/MonkeyStrings, is actually funny. But it requires that you’re familiar with the video “Duck Army.” So watch that, then this.

Like the fake football sponsorships above, this video (submitted by ThisIs_MyName) rides on the humour of a little gibberish. It’s as complex as a fart joke, but I dare you to claim it’s not funny.

Not all of the videos are about humour. The famous “takes a pet like no problem” bodega cat clip, submitted by u/Derpazard, is simply cosy.

This video (submitted by u/Josephthebear) is similarly unassuming. It might completely fail to interest you. Or it might warm you like a blanket. There’s nothing fancy or garish here, just an appreciation of the tiniest personal quirk. The top YouTube comment on this video is “He sounds like a nice guy.” Again, this is a story only tellable within the medium of short internet videos.

These videos are a window into a world. They revel in the lack of context, even as they provide their own. Our last example, though, comes with a backstory.

After Teckham posted this video, SarudeDandstrom commented with an explanation, copied from the YouTube uploader. The blond boy in the grey sweater had pissed off the school by bragging about his chess prowess, and promising to beat Luke, the boy with dark hair. To settle things, the school organised a chess match for charity. And goodness prevailed.

There is endless entertainment on r/youtubehaiku. But if the variety dizzies you, and you want to drill down on certain feelings: For videos where everything goes to shit at once, visit r/AbruptChaos. For videos where someone is emotionally gutted, visit r/WatchPeopleDieInside. For something even shorter, visit r/gif, r/gifs, r/reactiongifs, and r/HighQualityGifs.