Should You Buy Apple’s New 16-Inch MacBook Pro Or Nah? 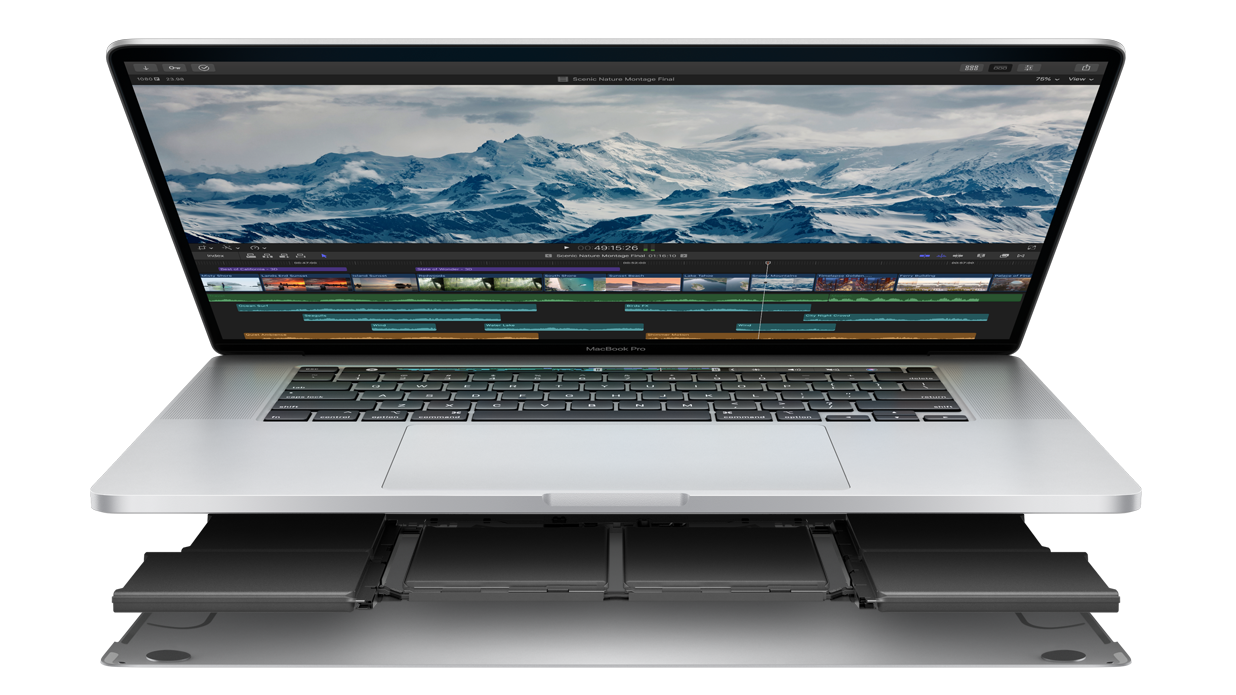 Even if you don’t want to lug around the world’s bulkiest laptop (or at least, one slightly bulkier than an already-bulky 15-inch laptop), the 16-inch MacBook Pro’s single redeeming feature should be enough to capture anyone’s interest: a brand-new “Magic” Keyboard.

Yes. Apple’s “butterfly” keyboard was garbage and led to all sorts of issues and annoying warranty replacements, and the company has finally realised the error of its ways and gone back to a scissor-style keyboard in its brand-new 16-inch MacBook Pro, which launched today to no fanfare whatsoever.

This move should sound familiar to anyone who clung to their 2015-era MacBook for its awesome keyboard, but that’s not all. Apple is also adding back in a physical “Escape” key instead of the virtual Touch Bar one you’d tap as part of the Force Quit process for a buggy app. I’m excited.

Comparing the 16-inch MacBook Pro to its forgotten predecessor

I’m also excited that Apple, in a strange move, has killed off the previous 15-inch MacBook Pro by introducing the 16-inch version, but didn’t bump up the price at all. Apple’s latest MacBook will set you back the same $3,799 as its predecessor (starting price)—and you get an extra inch on your display out of the deal (and a bump from a 2,880-by-1,800-pixel resolution to 3,072-by-1,920). You also get 256GB more storage by default. Nice.

So, really, you don’t have much of a choice if you want a larger MacBook Pro—not unless you go third-party or refurb, which isn’t actually the worst idea in the world if you can find a good deal (and don’t mind that keyboard). Apple’s 16-inch MacBook Pro shares the same Coffee Lake processors as its previous 15-inch version, which Apple just updated in May, as well as nearly the same memory (2,666MHz DDR4 versus 2,333MHz DDR4, and you can max it to 64GB on the 16-inch MacBook Pro, not 32GB.)

The two MacBook Pros’ integrated graphics are the same—an Intel UHD Graphics 630—though the 16-inch MacBook’s discrete video card gets a bump up to AMD’s Radeon Pro 5300M or Radeon Pro 5500M, depending on which MacBook Pro version you opt for. (You can max out your hexa- or octa-core MacBook Pro to a Radeom Pro 5500M with 8GB of memory.)

As mentioned, you get double the initial storage on the 16-inch MacBook Pro, with the option to max out at 8TB in total—twice as much as you could get on the 15-inch MacBook Pro.

The two systems share the same number of Thunderbolt 3 ports, the same 802.11ac wifi—which I’m assuming is a 3×3 setup, but have not confirmed—and the same colour options, good ol’ Silver and Space Grey. The 16-inch MacBook Pro has gotten a boost to its speaker setup, though; you’ll now be rocking out with six separate speakers, rather than the two-speaker stereo system of previous MacBook Pros. The 16-inch MacBook Pro also comes with upgraded microphones that promise extra noise reduction. 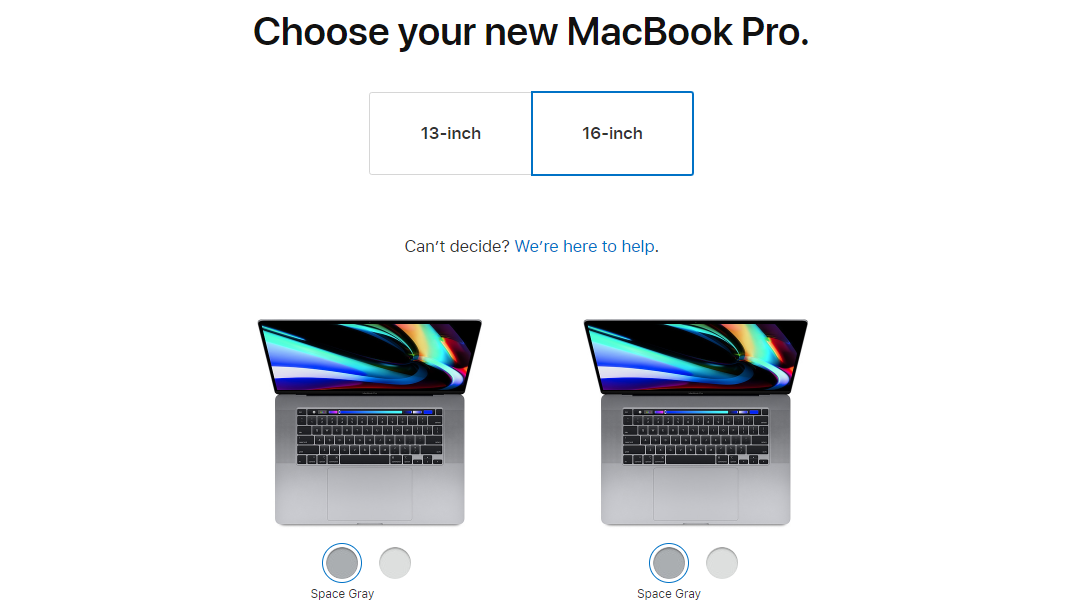 So… should you buy one?

First, we have no idea what kind of deals you might see as November chugs on, and it’s possible that you might be able to pick up the just-updated 15-inch MacBook Pro for a few hundred bucks less. That’s not a huge savings given the initial cost of said laptop, but it’s something worth waiting two weeks for, I’d argue. It’s still a fine laptop with great specs (and a meh keyboard).

Otherwise, you don’t really have much of a choice. If you want a big MacBook Pro, you’re going to have to go with the 16-inch. Don’t expect any Black Friday sales for this large laptop, but do make sure to take advantage of Apple’s offer of a one-year free trial to Apple TV+, which at least makes the sting of its starting price hurt a little less.