What Are Hives? The Common Skin Condition Giving You Itchy, Red Bumps

Have you ever wondered who buys those huge boxes of antihistamines prominently displayed all year round in your local pharmacy? If antihistamines were just used for hay fever, you’d think sales would be good in spring, but pretty mediocre for the rest of the year.

Many of the antihistamines sold in Australia are actually for hives, or what doctors call urticaria. Hives produces multiple red, raised bumps (or wheals) that are incredibly itchy. Hives occurs all year round.

The condition is really common, with a Korean study showing around 22 per cent of people can expect to have it at some time in their life.

Some people also get angioedema, where small blood vessels leak fluid into the tissues, causing spectacular swelling. If the swelling affects your throat and airways you can suffocate.

Fortunately, for the vast majority of people, hives comes and goes in a couple of weeks. While you can feel pretty miserable when you have it, antihistamines work well to control the rash and itch. Suffocation is exceptionally rare.

When hives won’t go away

If you are unlucky enough to still have hives after six weeks, it’s likely to persist six months, six years or even 26 years later.

This is what dermatologists call chronic urticaria, which affects about 1 per cent of the population (around 250,000 Australians). The itch, sleep disturbance, swelling and rash associated with it severely impair people’s quality of life. Of all skin diseases, chronic urticaria seems to worsen your mood and disrupt day-to-day living the most.

One antihistamine tablet is usually enough to control hay fever. But people with chronic urticaria may need two, three or sometimes four tablets a day to control their itch. Even that may not be enough to stop the wheals.

So what causes hives? If your hives go away within six weeks, you probably had them because of a delayed reaction to a viral infection. Sometimes this acute condition is caused by an allergic reaction to a medication; an antibiotic allergy is a common cause. Occasionally a food allergy causes hives.

What about chronic urticaria, when hives last more than six weeks? Doctors don’t know the exact cause. While patients often suspect a food allergy, doctors rarely find a food trigger. 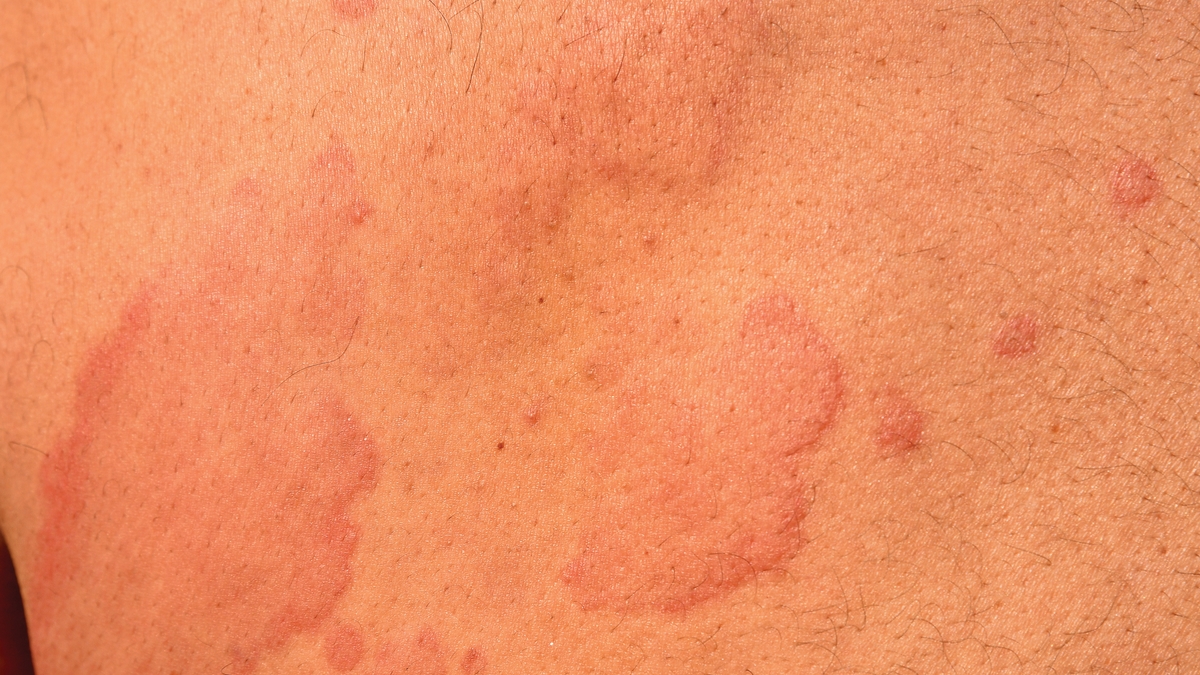 But we know autoimmunity is involved, when the body’s immune system targets itself.

Most patients with chronic urticaria have antibodies against their own immune system. In particular, these antibodies target molecules critical to a normal allergic response (immunoglobulin E, or IgE, and its receptor).

If antihistamines don’t help, there are other options.

Medications that specifically target IgE and get to the root cause of urticaria autoimmunity are now available, provided you meet all the special criteria. Only dermatologists are allowed to prescribe this medicine on the PBS.

To date, omalizumab has been the most effective treatment for chronic urticaria patients who don’t respond to antihistamines. It’s given as an injection under the skin every four weeks. Unfortunately symptoms in fewer than 50 per cent of patients are completely controlled.

A new drug ligelizumab, which is still in clinical trials, is showing promise, according to international research we were involved with published recently in the New England Journal of Medicine. However, this experimental drug, which also targets IgE autoimmunity, is only available in Australia as part of a clinical trial.