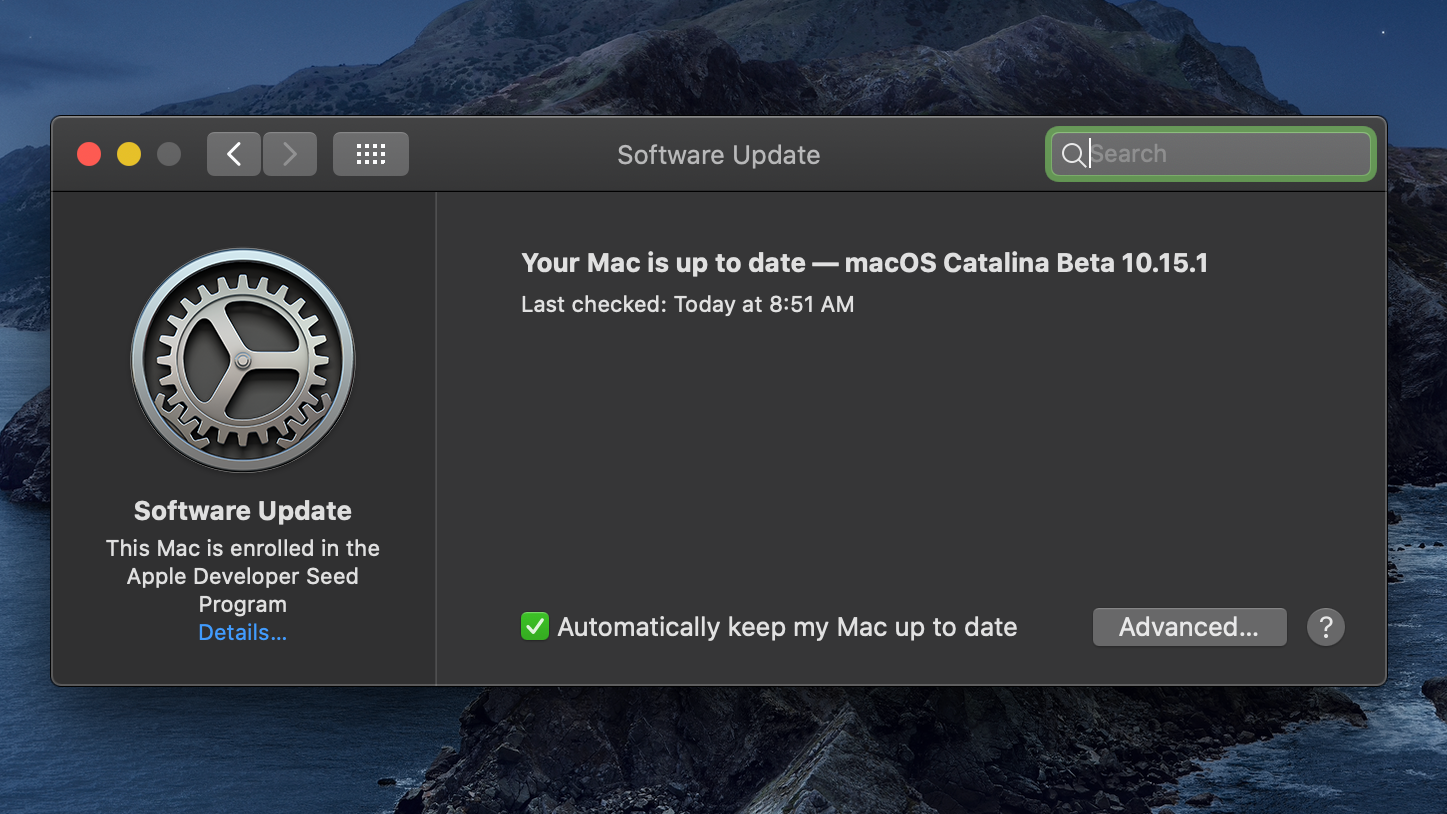 Yes, this is a screenshot of a beta update; you’ll get *this* version soon enough. (Screenshot: David Murphy)

Apple released new updates today to both iOS 13 and macOS Catalina. If you don’t like bugs or other issues that prevent you from doing whatever it is you’re trying to do — like complete a macOS Catalina installation without it screwing up — you’re going to want to update your iPhone and/or Mac as soon as possible.

According to Apple, here’s what the company fixed in the latest version of iOS (now 13.1.3):

In other words, this is strictly a “fix the bugs” patch; don’t expect to see any new features when you run the update (via Settings > General > Software Update).

As for macOS Catalina, the list of fixed bugs is much smaller, but even more important, I’d argue. Though Apple’s website for macOS Catalina updates was down as of when we wrote this article, here’s what 9to5Mac reports Apple is fixing:

Of course, if you’ve already installed the macOS Catalina update successfully, you probably won’t care that much about issues Apple is fixing related to the installation process — which has been fussy. Still, at least you hopefully won’t encounter any issues should you find yourself having to reinstall the operating system for any reason.

To install the macOS Catalina update, simply click on the Apple logo in the upper-left corner, pull up System Preferences and click on “Software Update.”