How To Get Your Toddler To Wear A Coat 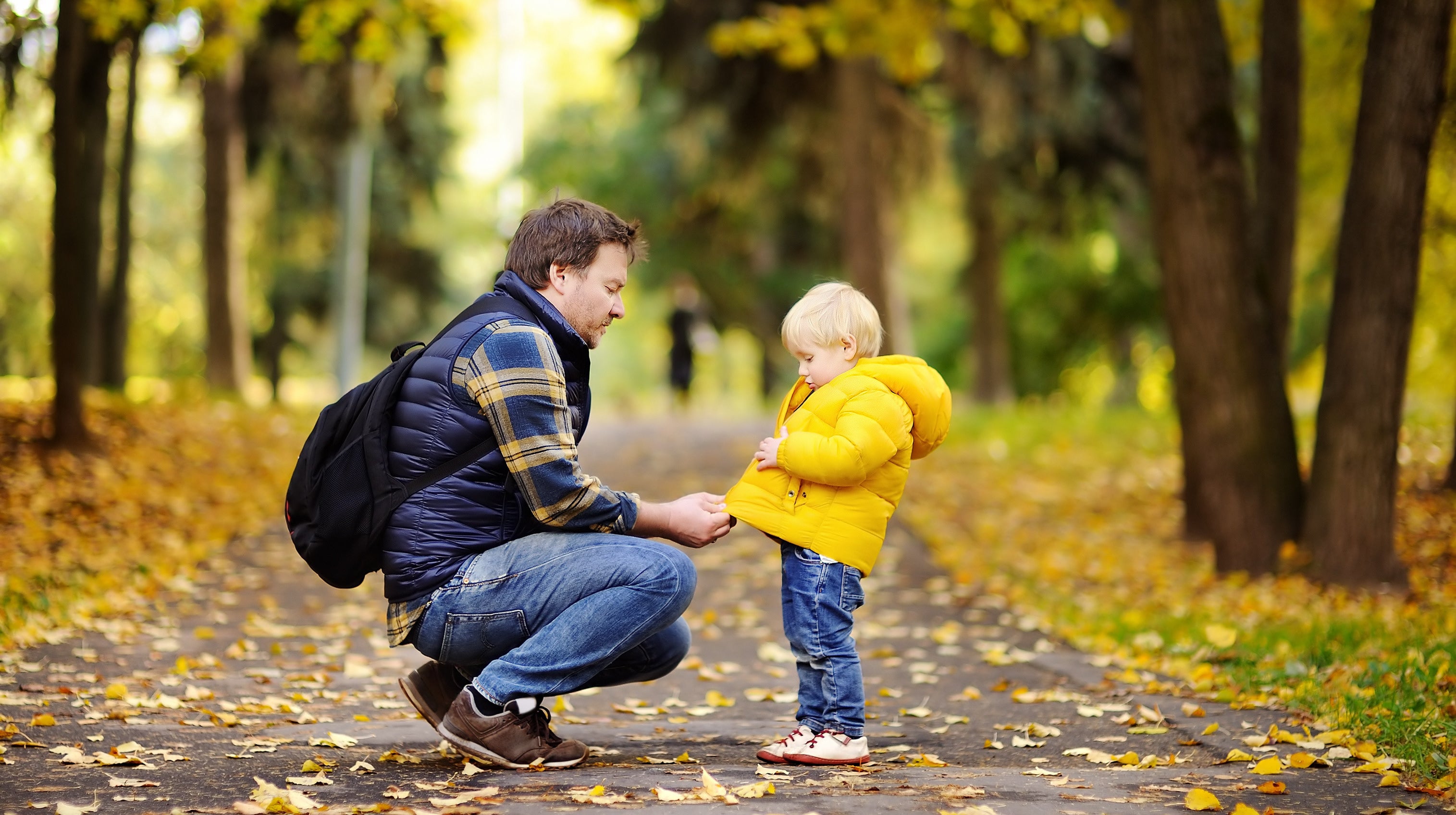 While we’re heading towards summer, it’s not quite here yet, and the cooler weather can still be a struggle for many reasons, including your unruly toddler who doesn’t want to wear their coat outdoors. Here’s what you can do to help.

For some kids, it’s a true sensory issue. Coats feel too heavy or too puffy or too scratchy after several months of soft t-shirts. But to send them off into the wild without any protection from the elements doesn’t feel right either, so it’s time to bust out a few new tactics to make getting out the door in proper attire a little easier.

Some parents in our Offspring Facebook Group had some fresh ideas this week, which I’ve compiled here. (If you haven’t joined yet, this is a great place to go for advice on things like tantrums, potty training, picky eating, school lunches and other parenting challenges.)

Teach them to put it on themselves

But the other thing about toddlers is that they are desperate for independence. So even though it’s easier and quicker for you to help them with their coat, teach them how to do it themselves; it will actually save you time you would have spent trying to convince them that you know more about the weather than they do.

We recommend the flip trick:

Call it something else

All this time you’ve been saying, “Come put on your coat,” when you could have been saying, “Come put on your magic, hooded cape!” Or another make-believe, special name for it that launches you into some sort of role play situation where they’re a superhero off to save your family from starving (going to the grocery store) or to play with all their superhero friends (kids at daycare).

Sometimes adding in a little silliness is all it takes to shake them out of their stubbornness and into a jacket.

If calling the coat “magical” isn’t convincing enough for them, consider creating a fun cold weather gear station by your front door. This suggestion comes from Heather in our Facebook Group:

Make a little dress-up area for her that has a mirror, a kid-height clothing bar or drawers, and throw a bunch of sweaters and jackets in there with some fun things like cat ear headbands, and just leave them there for her to explore on her own.

Some funky options may be all it takes to get them out of the no-coat rut.

Try a cloak or poncho

Sometimes coats can feel very restricting for kids—they might not want to be cold, but they also don’t want to feel like their arms are weighed down. In that case, a cloak or poncho-style might do the trick. Or you could lure them in with a whimsical animal hood and tail.

A vest is another option to give them an extra layer while also keeping the arms free to move.

Let them carry it instead

Probably the most classic advice for dealing with the coat battle is to let them go without it and face the natural consequences of being cold (within reason, of course). Or that you bring it along for when they do decide they want it. But I lean more toward, “You can wear it or you can carry it.” They can stuff it in their backpack, they could tie it around their waist or carry it in their hands.

This still makes them responsible for it (you’ve got enough to carry) and they just might find it easier to put it on. But either way, they’re still able to exert some control over the situation.

Also, remember to be cautious about kids wearing large winter coats in car seats — the bulky material can cause the straps to be too loose and less effective in a crash. It’s best to have them wear the coat to the car and then take it off, buckle them in and turn the coat backwards for them to put their arms in.

If it’s not dangerously cold and they’re fighting you on wearing it, you could simply carry it to the car and have them put it on backwards after they’re buckled in and feeling the cold.