The highly-customisable web browser, Vivaldi, is now available in beta form on Android devices. We’ve tested the Android app and find it to be a very capable mobile browser with plenty of unique features ” especially for Vivaldi desktop users ” but having yet another great browser app on mobile raises some important questions.

At this point, there are almost as many viable web browser choices for Android as there are for most desktop operating systems ” so which one should you go with? The final answer is a matter of personal preference, and all browsers have their use cases, but picking a mobile browser isn’t quite as simple as it can be on PC.

Having multiple browsers installed on desktop is not only totally doable, it’s also smart; Chrome syncs up with all of Google’s other services, and the Chromium version of Edge does much of the same for Microsoft’s products.

Firefox has quickly become the balanced choice between privacy, customisation and speed, while Brave attempts to create an entirely new ad-free experience and Opera has been experimenting with services like VPNs and other security features for quite some time.

You could easily have all of those browsers (and more) installed and actively in use on your PC, but it’s a little more complicated on mobile. Because of the more limited controls and streamlined functionality of smartphones, many browser apps are trying to be your all-in-one solution, and most users will only ever need one ” maybe two ” installed at a time. But whether you’re a mobile browser monogamist or like to play the field, Vivaldi is already a strong contender with a unique feature set.

Despite only being in beta, the mobile app already includes many of the desktop versions’ best features, plus some handy shortcuts for existing Vivaldi users. Here are some of the best features found in Vivaldi’s Android app, including some that you won’t find in any other mobile browser. 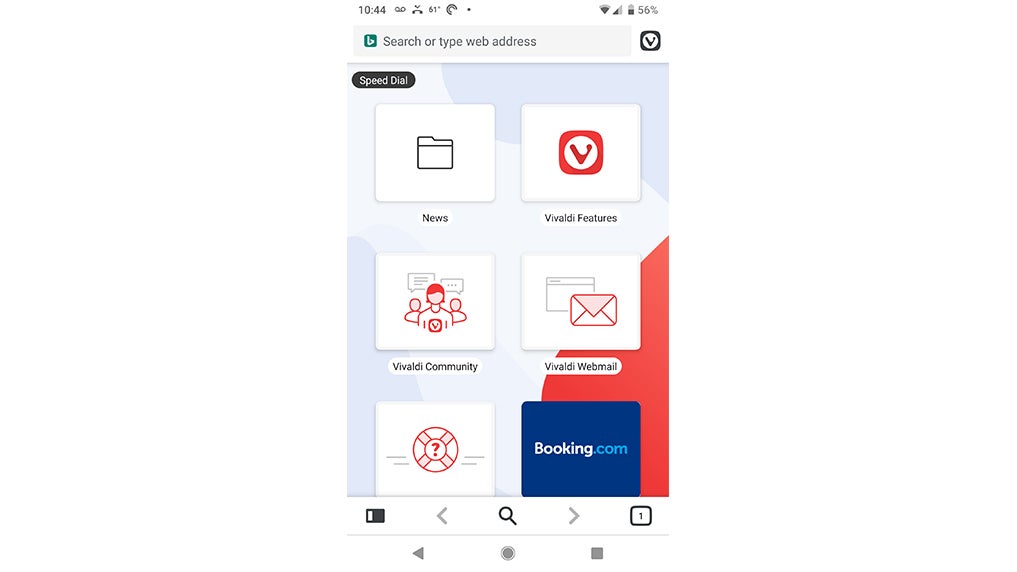 Speed dials in Vivaldi are a lot like the speed dials in your phone’s contacts: they’re shortcuts to you favourite and most-used websites that you can easily access from the main page or in a new tab. They’re basically grids of bookmarked sites, but they can be curated and organised for quick access. 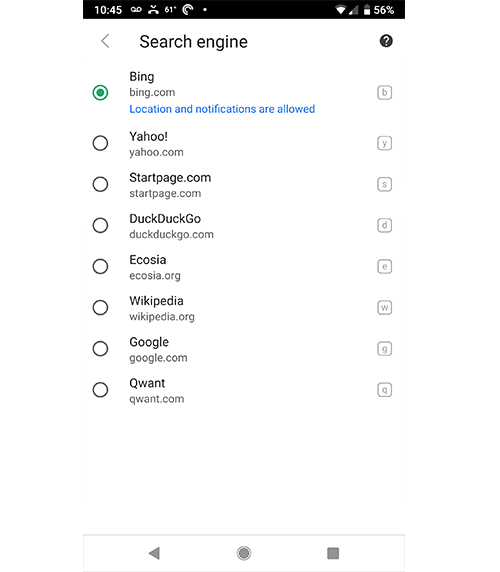 One of the coolest features is the search engine nicknames. Vivaldi assigns various search engines a default single-letter “nickname”, such as “b” for Bing (which is the default search engine) or “g” for Google. Type the nickname ahead of your search query (for example “g Lifehacker”) in the address bar to quickly search without having to change your preferred engine or go to its homepage.

To find these shortcuts, open the Vivaldi app, tap the “V” icon in the upper right, then go to Settings > General > Search engine.

While you’re browsing, you can open the “Notes” tab to save ideas or jot down ideas, save links, or copy/paste text all from within the Vivaldi app. Best of all your Vivaldi notes will sync between all your devices. While you won’t find quite the same features as an app like Evernote or OneNote, being able to take notes while browsing from within a single app is pretty handy.

Notes can be found by tapping the “Panels” icon in the lower left, then tapping the notepad icon.

If you’re already a Vivaldi desktop user, you can sign in to your account on mobile and sync your data and account preferences ” including bookmarks, passwords, saved payment info, notes, speed dials, settings, etc. ” between your devices. You can even access tabs open in other Vivaldi browsers you’re currently signed into. All of your account data is secured using end-to-end encryption as well ” and you know how much we like data security options around here, so we’re pretty stoked to see that in Vivaldi’s android app.

Should you use Vivaldi on Android?

We definitely encourage Android users to give Vivaldi a shot if they’re curious and want to see some of the above features for themselves. I found it to be responsive and able to load pages quickly in the few hours I spent with the app, but the customisation features like Speed Dials hold the most potential to set Vivaldi apart from its competitors. And I’dÂ definitely recommend pairing this with the web version if you want the best Vivaldi experience.

However, as you might expect, it’s not a one-to-one transition between the mobile and desktop versions. Some desktop features are absent from the Android version ” like resizing UI elements or tab stacking ” but again, the software is still in beta so more may be added in the future (though we can’t say for certain).

Speaking of being in beta, users may notice stability issues while they use this early version of Vivaldi on Android. Vivaldi is asking users to report any major bugs and leave other feedback in a review on the Google Store page.