Uh-Oh, ‘Deepfake’ Apps Are About To Go Mainstream

Up until now, ‘deepfake’ technology has remained bubbling under the surface, just out of a mainstream audience’s reach. A new app called ZAO, available on iTunes in China, threatens that. The app has shot up the Chinese charts in the few days since its release, effectively making deepfakes mainstream. The results are equal parts impressive and terrifying. Here’s what you need to know.

The recent viral “deepfake” video of Mark Zuckerberg declaring, “whoever controls the data controls the world” was not a particularly convincing imitation of the Facebook CEO. But it was spectacularly successful at focusing attention on the threat of digital media manipulation.

Hold up, what are deepfakes?

A portmanteau of ‘deep learning’ and ‘fake’, it’s the product of digitally inserting one face onto another’s within video content. In a similar way to Snapchat and Instagram, which allow you to switch your face with a friends, deepfake technology uses a neural network to map the facial features in order to make a convincing video.

The reason it isn’t yet widely used is because you need a lot of facial data in order to make it realistic.

One YouTuber, Ctrl Shift Face, feeds their neural network with hundreds of images of actors like Bill Hadar and Tom Cruise, which allows them to ‘paste’ an actor’s face over another’s. In the below example, Ctrl Shift Face uses Tom Cruise’s facial data to artificially insert him into a scene of American Psycho as Patrick Bateman, originally played by Christian Bale.

It’s deepfake technology at its most exciting and frightening.

So, what does ZAO do?

ZAO is not the first deepfake app but it’s certainly one yielding more realistic results than anything before it.

Tweeter Allan Xia posted an example, stating the eight-second clip of his face on Leonardo DiCaprio’s had been generated off one headshot. Its realism, despite not having much facial data to work with, is what’s most shocking.

In case you haven't heard, #ZAO is a Chinese app which completely blew up since Friday. Best application of 'Deepfake'-style AI facial replacement I've ever seen.

Here's an example of me as DiCaprio (generated in under 8 secs from that one photo in the thumbnail) ???? pic.twitter.com/1RpnJJ3wgT

All you have to do is upload a headshot to the app, select a “classic” movie to insert it into and the app does the rest. Despite being released in late August 2019, it’s already trending on the Chinese iOS charts, according mobile app analytics company, App Annie. 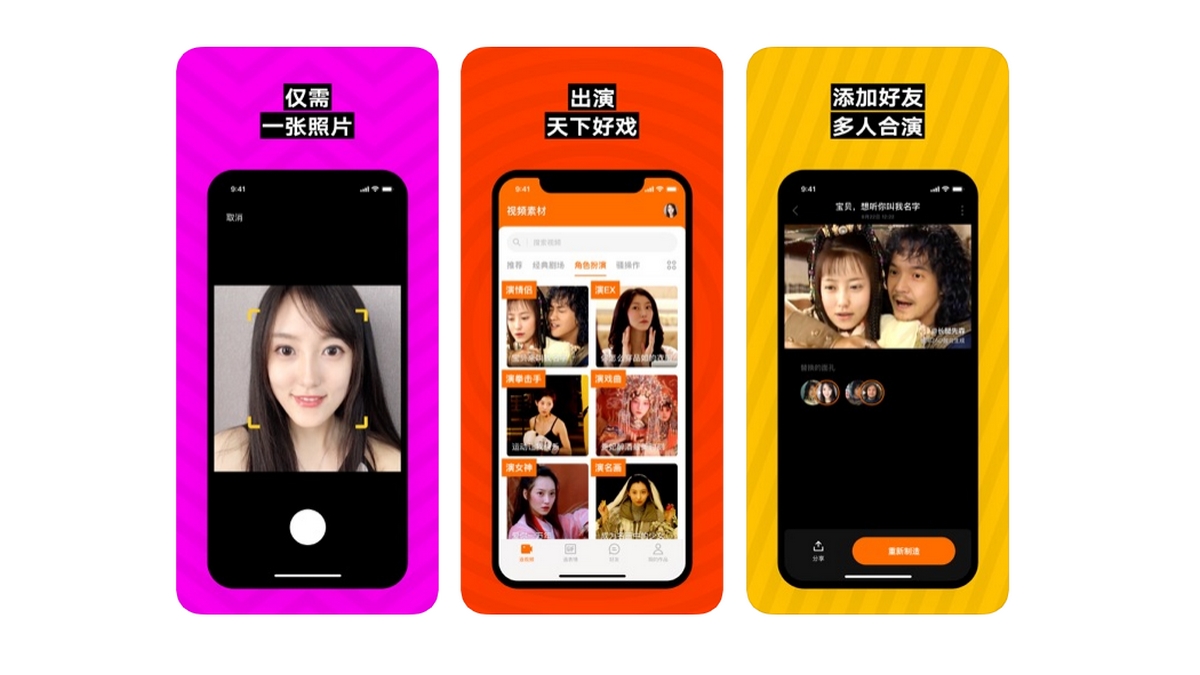 It’s not entirely clear how well the app works as I haven’t been able to test it myself but Allan Xia believes it uses a very specific data set (select movies and specific scenes or clips) so it can execute “generic targeting of facial features and quickly retargeting your facial features from a single photo.”

While this application of deepfake technology is mostly innocent, deepfakes, more broadly, can be used to spread misinformation and mis-attribute comments and actions. But surprisingly, the app’s raising concerns for other things altogether; data privacy.

Like the (exaggerated) FaceApp controversy in July, ZAO seems to have sparked concerns over what data the app owns once you willingly surrender your headshot.

Actually since this app went viral in China, the biggest focus over the past few days has been in regards to its user privacy terms – with many social media (ie. Wechat) blocking #ZAO vids from being shared and users requesting the app to delete their account/ photos.

The South China Morning Post reported ZAO’s privacy agreement has a clause that gives developers the “global right to permanently use any image created on the app for free.”

A lawyer told The Beijing News, according to South China Morning Post’s report, this clause might make the app illegal as they need to “get clear authorisation from the user.”

So, can Australians use it?

The simple answer is no. It’s only available for those in China but if you really wanted to try it out for yourself, you could find a way to access the Chinese Apple App Store.

Whether the app is released outside of China is almost irrelevant. ZAO has shown the technology, even if rudimentary, can produce convincing deepfakes and require little facial information.

Whether you like it or not, the deepfake future is unavoidably on its way and it’s looking bleak.

FaceApp has made a huge comeback in recent weeks with its AI face-morphing features attracting celebrity figures like Drake, Jonas Brothers and even Gordon Ramsay. But with the free app offering some dubious privacy agreements, experts are warning users to think twice before uploading their face to it.