Google is making it easier for teachers to crack down on cheaters this year, as well as for students to make sure they’re not accidentally copying someone else’s work.

On a basic level, the software allows teachers to create new Assignments that they send out to students in the class, giving each student a unique copy of the assignment.

For instance, an English professor might send out an assignment asking students to write a book report on Shakespeare’s Romeo and Juliet. When a student writes that report, they can run an originality report on their final product to ensure that they didn’t inadvertently plagiarise someone else. Once they turn things in, teachers can run the same report, so they’ll know if all or part of a report is copied, as well as where it was copied from. 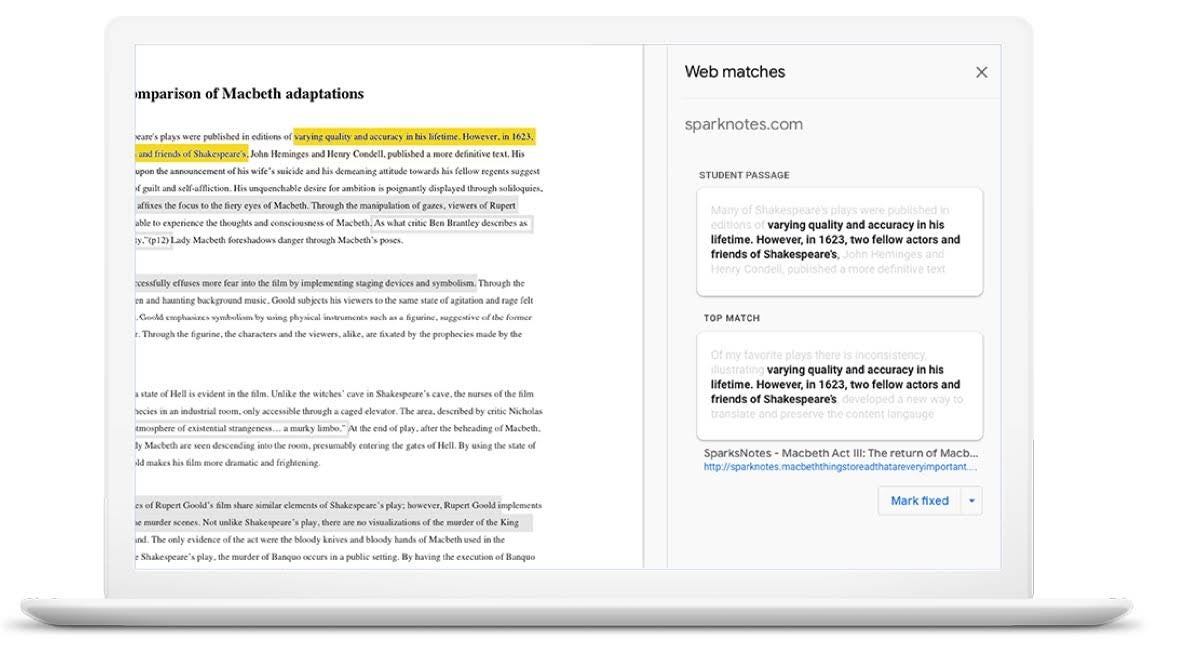 The paper’s content will be checked against “hundreds of billions of web pages” as well as “tens of millions of books.”

The idea is that students might forget to cite a particular portion of their paper correctly, so this gives them a shot at correcting the issue before getting dinged by their teacher. Students can only run the report three times on a single paper, so it can’t be used to tweak things until a paper is no longer setting off any red flags.

When a student turns something in, Assignments automatically makes it so that student can no longer edit the paper, nor can they revoke the teacher’s access.

As they grade, teachers can leave digital comments on reports, just as you might leave a comment on a traditional Google Doc. Those comments can also go both ways, so a student can respond to a teacher’s question directly in the comments.