Play These Retro Video Games With Your Kid

You know who are the worst people on earth? Dingbats who condescendingly scoff at creative works because they’re not “modern.” Those who go to revival screenings to guffaw at pre-digital special effects, or who say things like, “This game sucks! The graphics are so blocky and it doesn’t auto-save every five seconds!”

Don’t let your child become that. Instead, introduce them to older masterpieces early and often, so they learn that art is a conversation between the ages and every creator of a cool, new thing is standing on the shoulders of giants. Start with these retro games and work your way up to Truffaut. 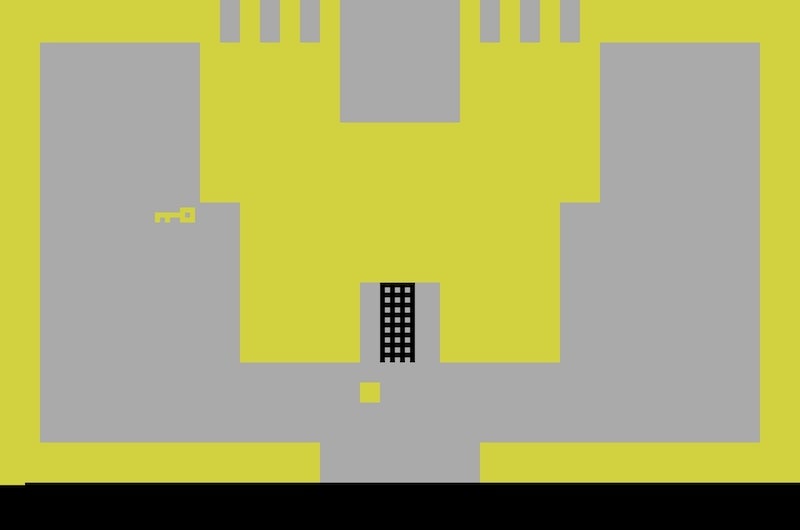 Atari’s 1979 classic is a masterclass in the power of minimalism and design and a perfect first game for kids. Using only 4 kiB of RAM (that’s about two pages of text), creator Warren Robinett wove a sweeping adventure that includes combat, puzzles, exploration and even the world’s first Easter egg. It still works because your child’s imagination will transform the game’s blocky shapes and simple quests into an entire world of danger and heroics. It’s like magic.

When my son was four, he identified with Adventure’s hero (a square) so strongly that he insisted on dressing up like him/her/it for Halloween. He talked incessantly about the sinister motives of the bat (What is a bat even going to do with a goblet anyway?) and had nightmares about the game’s “dragon” (a not-scary-at-all blob of pixels that looks like a duck) coming to get him. All that from a few pixels and a perfect design. 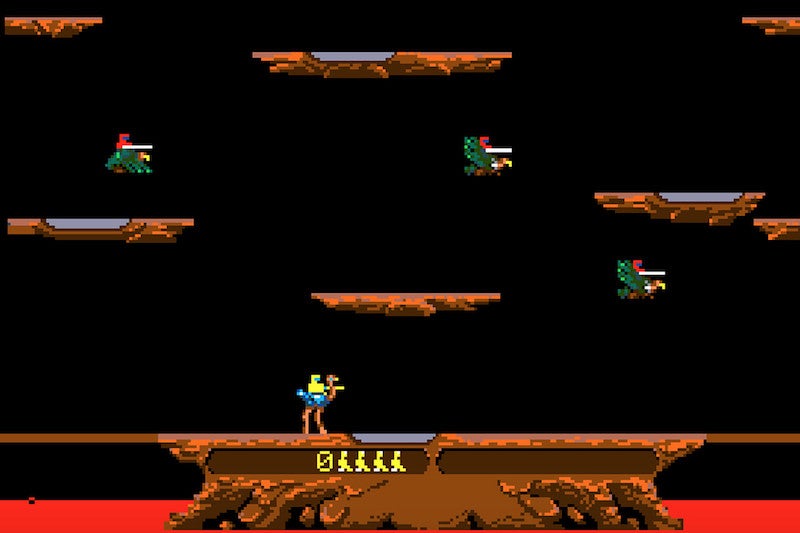 I used to let my kid win most of the time, but now he’s 12 and I don’t let him do shit. But even when I’m playing my best, he beats me. He smokes me at Halo. He’s beaten my old arse at every Mario Kart game ever made. But not Joust. Joust is my last line of video game defence.

My mum was wrong: All those hours feeding quarters into that accursed machine at Spaceport did pay off, because now I completely DESTROY my kid at Joust. I mean, I knock him off his ostrich without even thinking about it and grab up all the bonus eggs too. In your face, kid! Your old man can still kick your arse! I’m not completely irrelevant … right? (You should substitute whatever arcade game you wasted your youth playing, of course. They’re all available somewhere.) 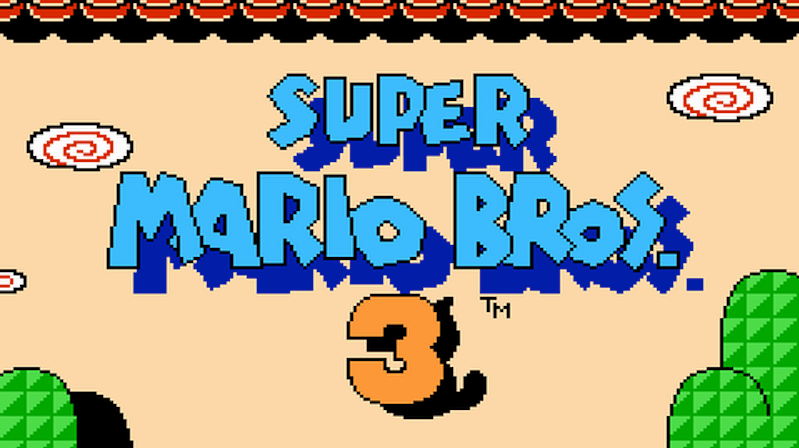 Everyone likes this game. It’s impossible to not like this game. Its perfect level design, colourful graphics, unforgettable characters and addiction potential as strong as heroin make this early ‘80s Nintendo classic the best video game ever made. Warning, though: Do not let your child play the Switch version. It includes save slots. This is sacrilege.

It destroys the lesson of SMB: Even ostensibly fun things are actually a frustrating series of mistakes and disappointments and only through perseverance and drudgery can we hope to succeed at jumping on bullets and dodging those goddamn fireballs spat out of weird plants that will eat you.

The Legend of Zelda: Ocarina Of Time 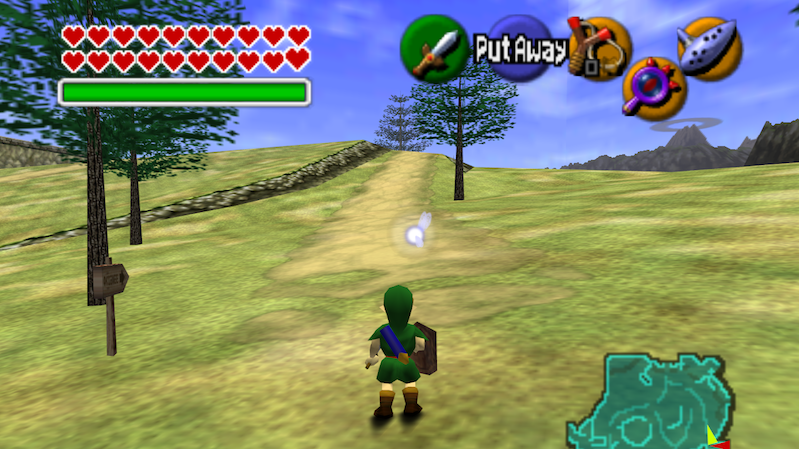 Ocarina of Time blew everyone’s mind when it came out in 1998. Everything we ever wanted from a video game was packed in one little N64 cartridge: a huge (for the time, anyway) open world, perfectly balanced puzzles that seem impossible at first, but aren’t actually hard enough to frustrate you, 3D gameplay and combat that didn’t suck, unforgettable characters, an awesome horse, great music and more.

Every Zelda game since then, right up to Breath of the Wild, is just a footnote, a refinement of Ocarina of Time, so if your kid ever wonders how newer games came about, a few hours playing Ocarina of Time will provide the answers and a hell of a fun time.

Age of Empires II: The Age of Kings 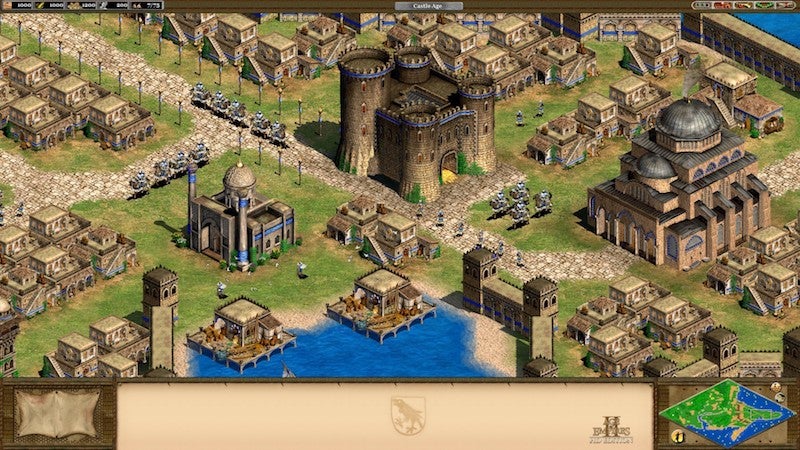 As a rule, I don’t like things that are “educational,” but I make an exception for AoE II. This real-time-strategy game came out for PCs in 1999 and it’s still a perfect game for older kids. It lets you lead one of 13 ancient civilisations and battle against other cultures by gathering resources, building weapons and going to war.

Each civilisation is unique and the carefully balanced gameplay means that any civilisation can defeat any other, if you play it right. Not only does Age of Kings teach players something about ancient cultures, it also teaches you how to think strategically, how to plan and organise and lets you create fantasy alternative histories in which ancient Korea went to war with the Celts, or the Huns fought the Aztecs. 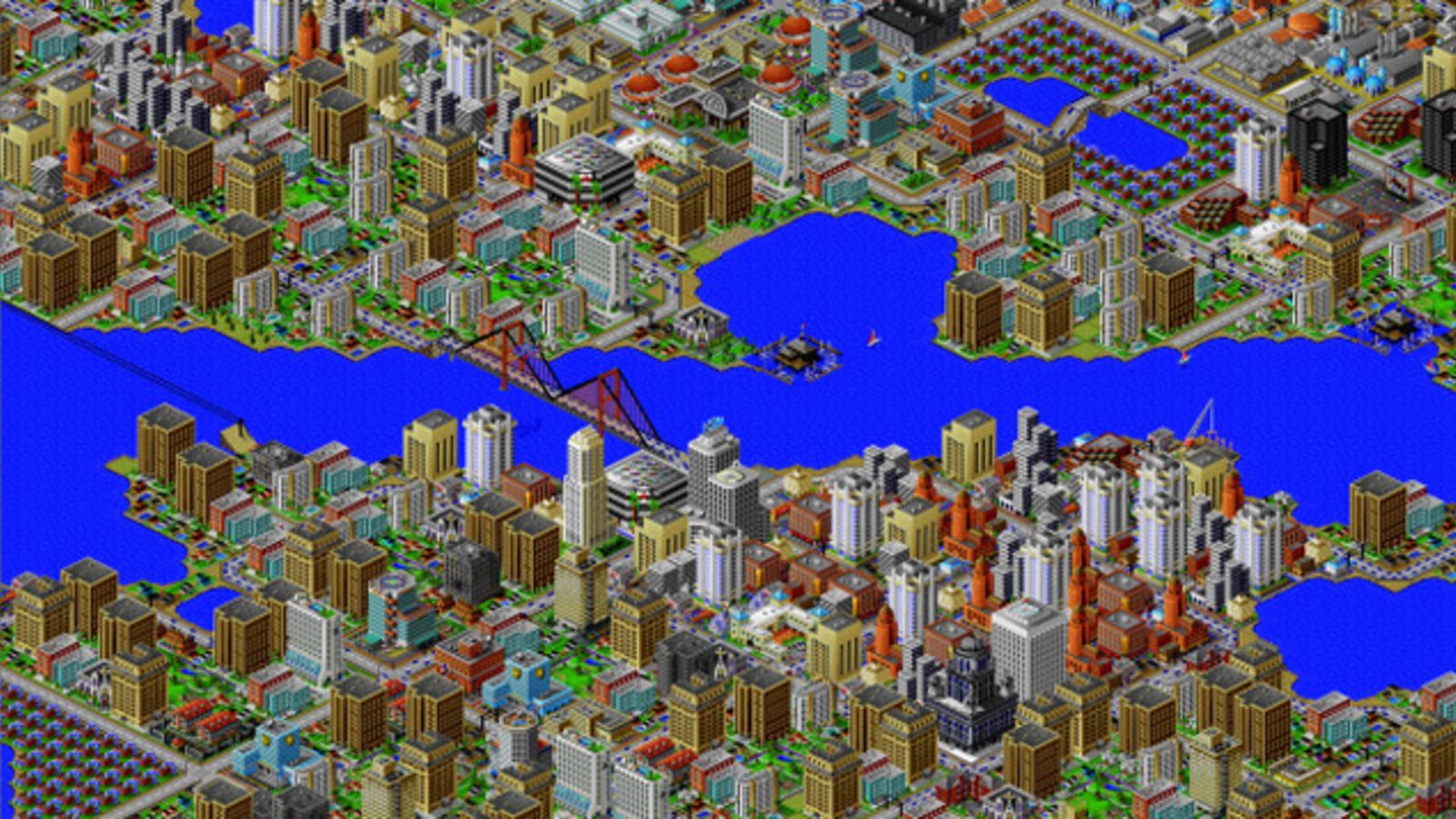 Another game that’s perfect for older kids, SimCity 2000 is proof that video games don’t have to be violent, fast, competitive or even about anything interesting to be totally engrossing. This civic administration simulator challenges players to grow and run their own city, micro-managing zoning, taxes, traffic patterns and municipal ordinances (kids love ordinances!). It sounds incredibly boring, but it’s totally fascinating and I will fight you if you don’t think so.

More than just a fun way to waste 8000 hours, SimCity 2000 will change the way your kid thinks about the world around them. What was once an anonymous city block can now be understood in terms of the laws, history and wrenching political compromises that brought it into being.

Your kid will see an abandoned building and wonder how exactly the mayor failed his people, or take a look at a map and figure out how the traffic flow could be improved. As an added bonus, you can name your city “Fartburgh.”