We’re The Sklar Brothers, And This Is How We Work

The Sklar Brothers, the most famous brother act in comedy today, are known for their work in a wide variety of media: stand-up comedy (including six albums); TV shows like Cheap Seats and appearances on SportsCenter and Better Call Saul; and their podcasts Sklarbro Country, View From the Cheap Seats, and Dumb People Town. We talked to them about how they create an episode, how they write and hone their stand-up, and the live show where they punch up fellow comedians’ jokes.

We grew up in St. Louis, MO. As kids we were huge fans of comedy: Aeroplane, Blazing Saddles, Letterman, and then comics like Seinfeld, Shandling, SNL. We were sponges who took it all in, memorized obscure comedians’ acts and would just spout them off to our parents’ friends when they’d be over at our house playing bridge in our basement. As twins, we got a lot of attention and we thought, how great would it be if we used that attention to make people laugh.

We started doing stand-up in high school and that continued in college at the University of Michigan. We were both English majors and learned how to write in college, which has helped us today as we write for TV.

We moved to NYC in 1994, and kept doing stand-up. In three years we were doing our own show on MTV, Apt. 2F, a hybrid sitcom with sketch and stand-up mixed in. It was great and connected us with a ton of great people in the comedy world like Zach Galifianakis, Stephen Colbert, Amy Poehler, Jeff Ross, Patton Oswalt, David Wain, Michael Showalter and so many more amazing people.

We moved to LA in 1999 and a few years later got the show Cheap Seats on ESPN Classic, which ran for four seasons and 77 episodes. We have worked consistently from that point until today in film, TV, stand-up and now podcasting. Get up, get our kids to school, and then we start OUR day. We get together to write any of a number of things. We usually get together at Randy’s house around 9:30-ish and work straight through until 3, when it’s time to pick up our kids from school. Then we are with them until the night time, when we’ll put them to bed and go out and do stand-up comedy into the wee hours of the morning.

We will write up outlines for upcoming podcasts, or work on stand-up bits we are flushing out. We have two television projects in various stages of development right now so we will meet with the writers we are working with during the day to complete those projects. If we have podcasts to record, we will go to Starburns Industries, where we record, and record any of a number of podcasts: either View From the Cheap Seats, our sports/comedy podcast, or Dumb People Town, our weekly exploration and celebration of the dumb tidal wave that is washing over our society. If we are working on a TV show or movie, our hours of course can be crazy and long and we’ll be on set all day.

Randy: My record player. Love it to death. Listen to it with the family during breakfast and dinner and on the weekends as well as while we write.

Jason: The basketball hoop on the cul de sac near my house. It’s where my son and I go to actually hang out and connect. It’s more fun than being the part time cameraman for his TikToks or telling him to get off of Fortnite.

What’s your process for working on your stand-up?

We write stand-up like a band writes songs. Usually, one of us has a kernel of an idea, a concept and we’ll bring it to the other one and kick it around to see what’s funny about it and what overarching truth are we tapping into premise-wise. Then we write it about 40 per cent.

Then we take what we’ve got to a stand-up stage in LA and put it up, seeing what works and what doesn’t. Maybe we’ll get with funny friends to help riff and flush it out further but the more we put it up, the more we can see where we are getting the biggest laughs and work to write into those areas.

Then, finally, over many times of performing the bit, we really feel like we have something. When it consistently gets laughs in every environment, it becomes a permanent staple of the new set and we may may add a tag or two as we continue to do it. 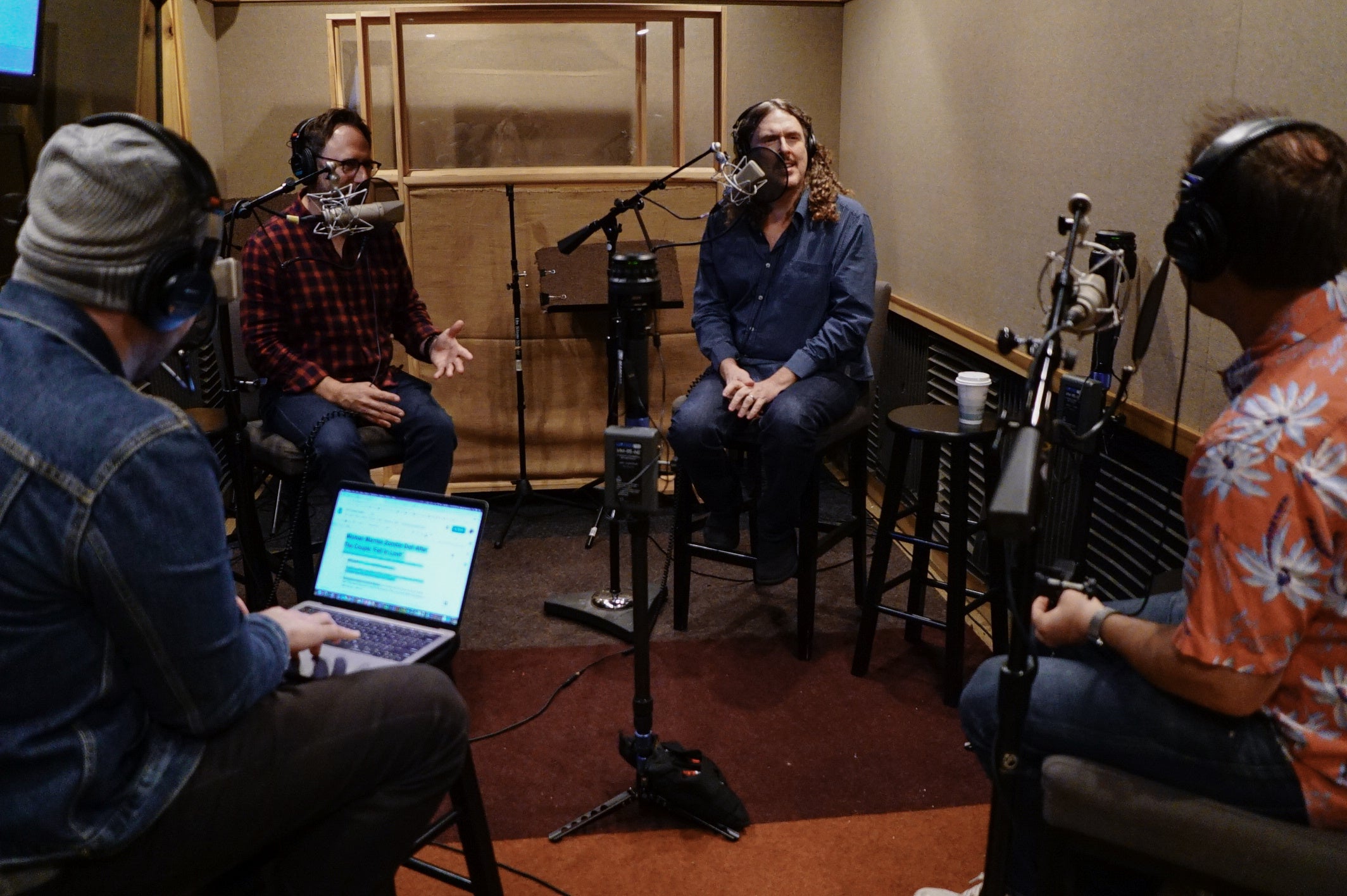 What process goes into an episode of each of your podcasts?

Our amazing fans send crazy stories to Dan Van Kirk, our co-host on Dumb People Town. They tag him in tweets and he picks the first person who sent it to him. Dan breaks the stories down. We book the guest by reaching out to our amazing comedy friends, and our studio producer Noah Eberhart helps us organise.

When we go into the studio, Dan is the only one of us who has read through the story, so our reactions and riffing with the guest is real and live and unrehearsed. We love that idea, the fact that our reactions to our dumb world are captured in the moment on this podcast. The comedy is fast and furious and fun.

With View From the Cheap Seats, we try and take the biggest sports story of the week to us. Be it dwindling attendance in Major League Baseball, or comparing LeBron’s tenure as a Laker to Samuel L. Jackson on the Capital One commercials, we try and give a passionate, (comical), take on a big topic in the world of sports as only we can.

Then we book a sports guest, an athlete like Blake Griffin, or person behind the mic like a Bob Costas, or a comedian who knows a ton about sports like Talk Soup and Wipeout’s John Henson (HUGE Knicks fan), and we interview them or talk sports with them. Then we find three smaller, weirder funny stories in the world of sports and break them down to discuss with the guest. Finally, we book one of our amazing voice actors to leave a voicemail or we interview them as Christoph Waltz or Ozzie Guillén, or Tiger Woods, or Bill Walton, or Nic Cage, giving us another chance to take shots at the current sports landscape through the minds of great character improvisors.

How does partnering with your brother affect your work process?

We are really good at picking up slack for each other to give each other the breaks we need at times, to be with families or take care of personal obligations. Being part of a team means never keeping score as to what you did vs. the other guy. It’s just “get it done, for the good of the duo.”

And we always say the best part about being a team is that we get to share the money.

We have a shorthand with each other and we both trust each other when it comes to representing the team.

Randy: I make my kids’ lunches the night before out of our dinner leftovers so that I’m not so rushed the next morning. Gives me more time with the AM. (Randy)

Jason: TSA Pre Check: For comedians who travel a good deal, this is a godsend and an amazing shortcut through an otherwise miserable process. We both meditate. Every morning. We play tennis, together and with friends. Listening to and seeing music is a great recharge.

Randy: Travelling with my family, in and around California. There’s so much great stuff to see within driving distance and while my kids at ages 11 and 13 still want to hang out with me and my wife, that’s a great reset for me.

Jason: I love watching my son play rec league sports. He’s 10 so it’s actually fun to watch and it’s been incredible for me to get to watch him learn the games of baseball and basketball and to build relationships with other kids and coaches. Hiking and spending time with my family are also big rechargers.

We started doing a stand-up show we created called Tag It. We book our funny friends who are comics and while they are doing their sets we are backstage feverishly writing tags for their jokes. We keep them on stage after their set and pitch them all of our tags for their material and riff with them and often come to new places with the material. It’s a super challenging show for us because there is never a down second, but it’s so much fun and so rewarding when something clicks with a pitch and a riff.

Randy: Beastie Boys Book. It’s incredible. Highly recommend to anyone and everyone.

Jason: Everybody’s Fool by Richard Russo. I think Russo is hilarious and dark and warm and brilliant. His books are a revelation. I think he’s one of the best American authors alive today. 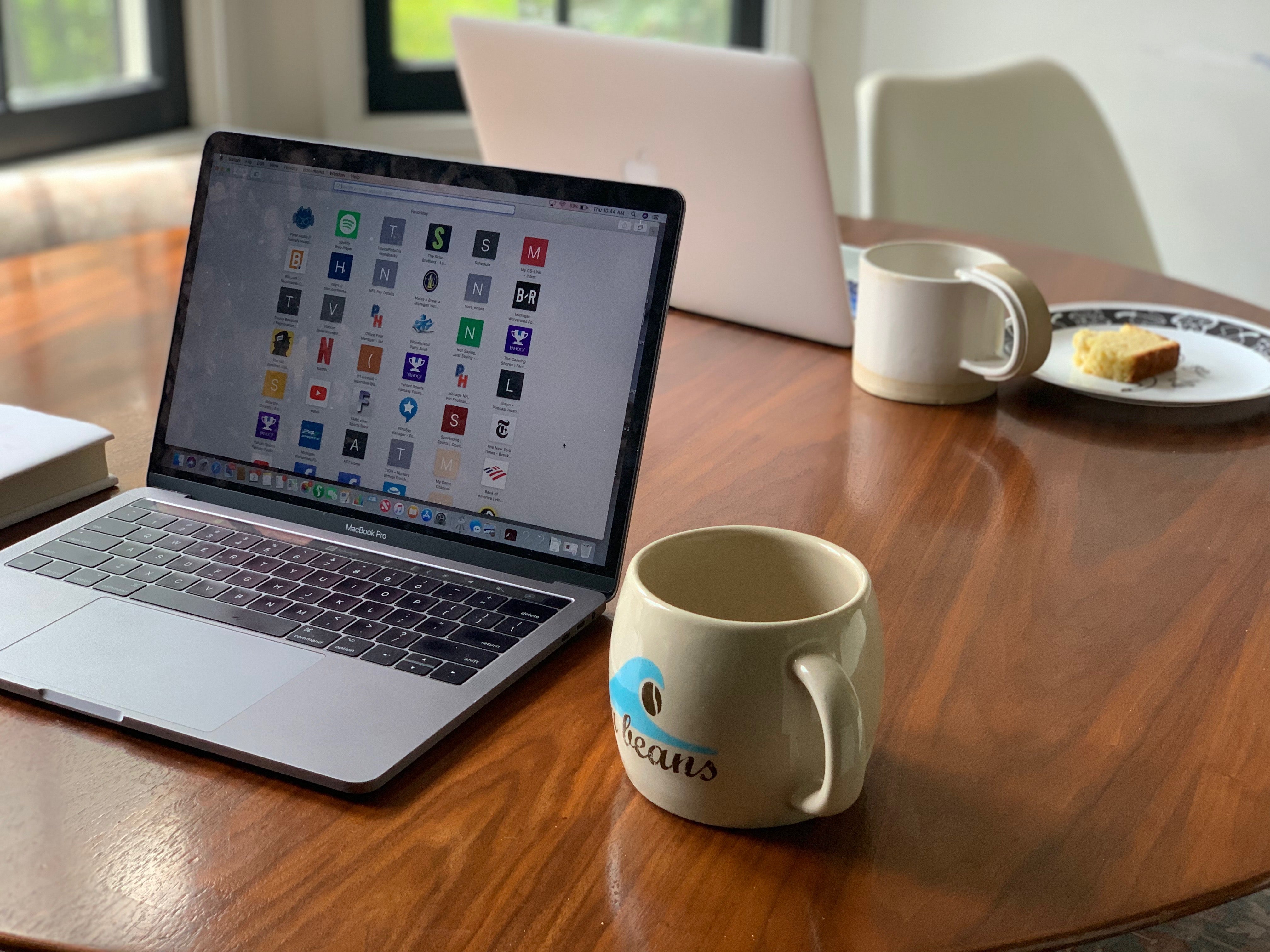 Here is a playlist we made for an appearance we had on Josh Adam Meyers’ amazing podcast The 500:

Jon Stewart, years ago, before our MTV show, went bowling with us and he said to us: Always make sure the mistakes you make are your own and that you don’t go down for the mistakes of others. You can deal with your own shortcomings, but falling on your sword for someone else’s bad call is tough to swallow.