The Best Place To Stand At A Concert, According To A Sound Engineer

concertlive musicmusicsound engineer
Facebook may have decided that you shouldn’t see the news, but we think you deserve to be in the know with Lifehacker Australia’s content. To sign up for our daily newsletter covering the latest news, hacks and reviews, head HERE. For a running feed of all our stories, follow us on Twitter HERE. Or you can bookmark the Lifehacker Australia homepage to visit whenever you need a fix.

I hate concerts but I’ve been to hundreds, standing amidst a sweaty pit of people clamouring to get closer to the stage.

Generally, I’m fine standing in the back — where there’s access to alcohol and a toilet. But is there a better place to stand if you’re just trying to enjoy the music without standing near the stage?

I spoke with Dave Swallow, a UK-based live audio engineer who’s mixed touring artists such as La Roux, Corinne Bailey Rae and the late Amy Winehouse, about why you shouldn’t stand near a wall, and the benefits of standing away from the speakers. 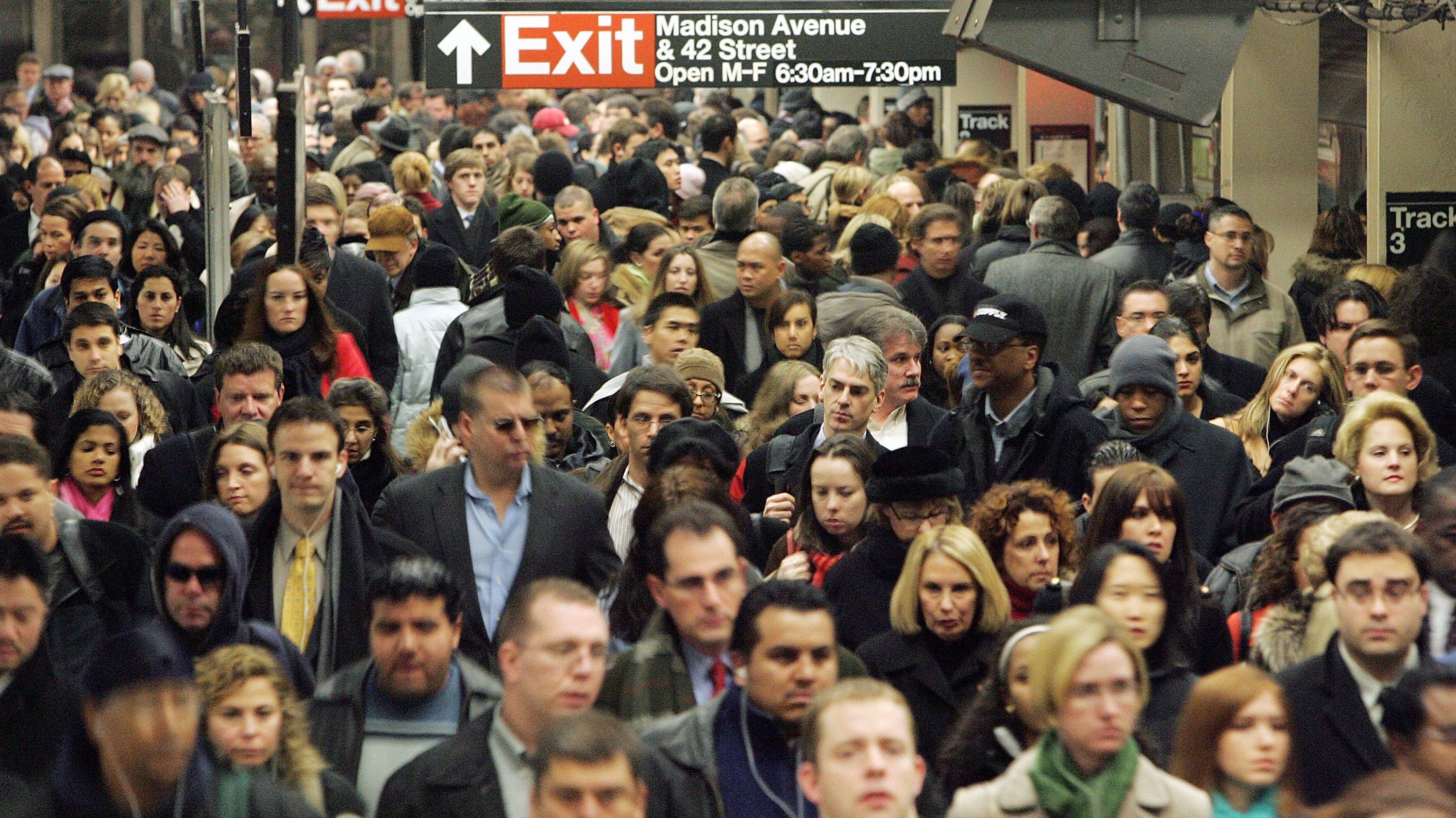 How To Manoeuvre Through A Crowd

I have pee anxiety. If I’m left with limited options for a toilet I’ll suddenly feel the urge to go - even if I don’t need to. It’s psychological and it’s taught me a great deal about getting through a crowd when all seems hopeless.

Find a space just off-centre in the venue

According to Swallow, generally, the best place to stand in a large-sized venue is in the middle of the crowd, but just off-centre. Why?

Standing equidistant from both speakers allows for more bass, which doesn’t always lend to picking up the best sound quality, he said. If you’re at a music festival such as, say, Coachella, a good marker is anywhere in front of the soundboard where you might find the engineer at work — while this varies, usually, you’ll be at the centre of the venue here.

That said, if you enjoy a ton of bass at a concert, standing dead-centre in the middle might be your best move. 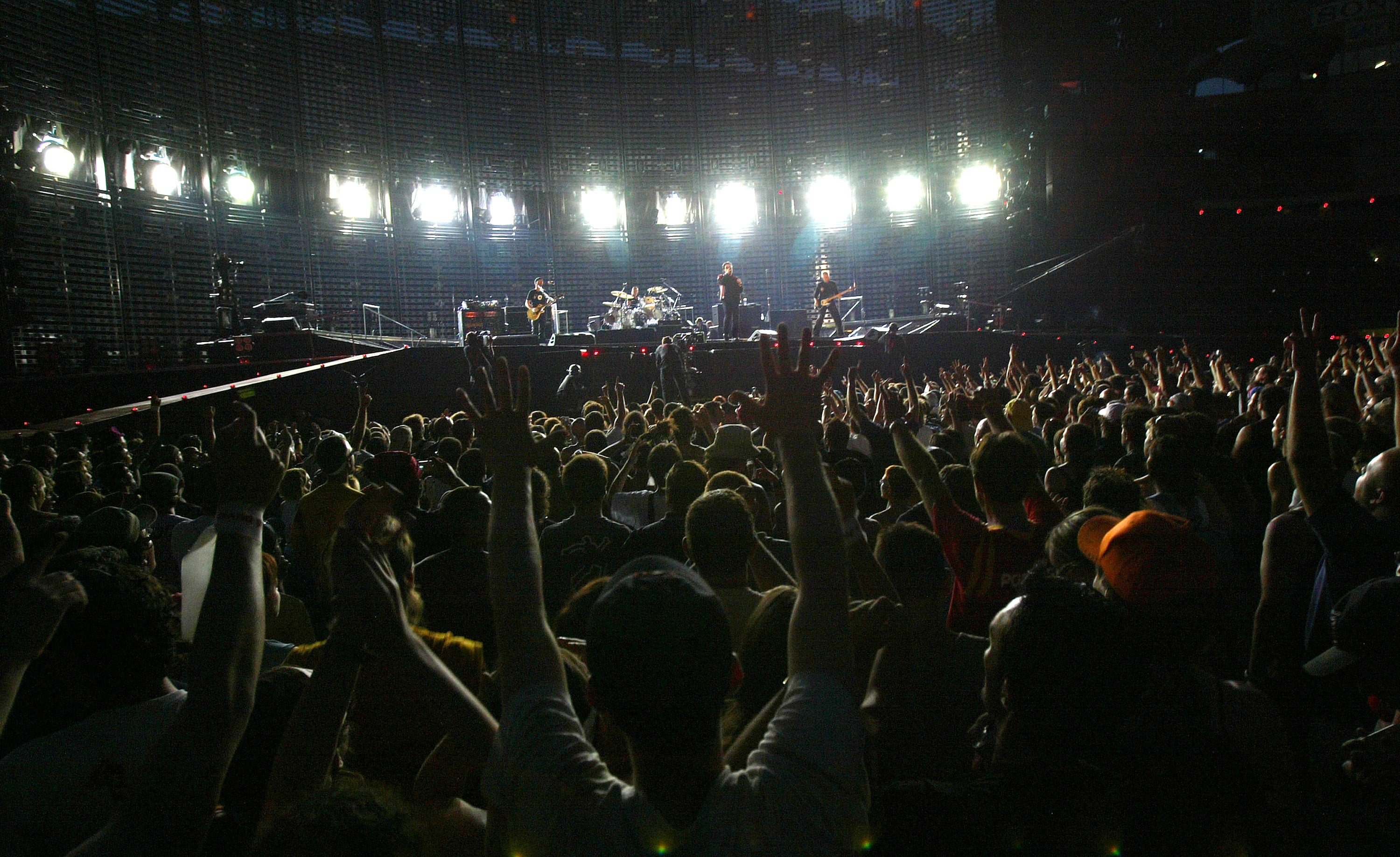 Don’t stand too close to the stage

While standing at the very front might be the best for visual purposes (you’re there to see them perform live, after all), if you actually want to hear the show, you don’t want to be too close. “You need a little bit of distance for all the wavelengths together to make a coherent sound,” Swallow said.

The closer you are, the more likely you are to hear one sound frequency more prominently than the other. You also might notice a lack of clarity from this vantage point.

For obvious reasons, it’s also just bad for your ears — as Noisey writes, concerts typically reach anywhere from 100 to 120 decibels and just two minutes of exposure to 110 decibels can result in hearing damage. (Wherever you stand, don’t forget to bring your earplugs.)

You Should Bring Earplugs To Movies And Concerts

It's not just you -- shows and movies can be really loud. Carrying earplugs in your purse or pocket might sound like the kind of thing a cranky old person might do, but if you want to be able to complain about things like theatre noise when you're ancient, it's best to protect your hearing now.

Standing too far back also comes with a pretty big set of audio problems if you’re keen on quality.

“While it depends on the size of the auditorium, normally, when you get further and further back, you start to hear more and more ‘room’ and acoustics and less direct sound from the speakers,” Swallow said. “When the sound moves out of the speaker, it’ll hit walls, floors, the ceiling, and other objects in and around the auditorium, even people — that’s acoustics.”

What this can produce is a thinner or otherwise compromised sound quality.

And of course, it’s worth noting that these rules are entirely dependent on the venue; you might find you have no option but to stand in front of the speakers at a basement show or the sound system is designed differently or varies from place to place.

How Not To Be A Jackass At Concerts

Although concerts can be transcendental experiences that inspire collectivism unlike anything else on this earth, anyone who's been to a show has at least one story about another audience member tainting the experience with some form of disruptive behaviour.

Don’t stand near a wall or under a balcony

According to Swallow, a good general rule in a large-sized venue is to avoid standing beneath any balcony, beside a wall or in any corner.

“If you are closer to a wall, you’re going to hear the sound twice, as it comes toward you and again as it hits the wall,” he said. “Our brains understand that as distance.”

A sound ricocheting off walls can sound imbalanced, as Everfest writes, and a balcony can curb your ability to hear speakers high up in the venue that carry higher frequencies of a performance, which might result in a muddy or unclear sound.

Let’s say you’re at Coachella, trying to figure out whether you should skip an afternoon performance for a late-night rager. Interestingly, according to Swallow, you might hear better sound quality at night.

“It’s about weather conditions, air density and temperature,” he said. “Sound flows through the air at different speeds. In the day, what tends to happen is the sound curbs upward into the sky. At night, it’s far more uniform. You get far better clarity over a longer distance. In the desert, where it’s dry and lesser humidity, it’s going to be an even larger distance.”

But let’s face one reality — if you’re there to see your favourite band live, sometimes staying in front of the stage is worth sacrificing a little sound quality, as Swallow said, so keep that in mind when you’re searching for the ideal spot.

“Unless it’s a band I really want to listen to, it’s not always about the sonic experience,” he said. “It’s also about just being there.”