How To Introduce Your Kid To Coding Without A Computer

kidslearningoffspring
Facebook may have decided that you shouldn’t see the news, but we think you deserve to be in the know with Lifehacker Australia’s content. To sign up for our daily newsletter covering the latest news, hacks and reviews, head HERE. For a running feed of all our stories, follow us on Twitter HERE. Or you can bookmark the Lifehacker Australia homepage to visit whenever you need a fix.

If you want to teach your kid how to code, there’s certainly no shortage of apps, iPad-connected toys, motorised kits and programmable pets that you can buy for your future Google employee. Some are great, no doubt, but many focus on isolated skills, which may or may not be relevant in the decades ahead. For young children, what might be more critical than learning to code is learning how to think like a coder. And for that, they don’t even need a computer.

Here are some ways to introduce your kids to coding concepts using simple materials you probably already have at home.

To introduce your kids to the concept of a loop (basically, a sequence), turn on some music and have them repeat a series of dance moves. Here’s a simple activity from Helping Kids with Coding For Dummies:

Identify five dance moves: clap, stomp, wiggle, jump and squat. Then write a series of moves on one line on the white board (or even a piece of paper):

After learning the sequence, your young coders can write their own dance loop using the same actions and have you perform it.

If you have some black and white beads (or any two colours), you can introduce your kid to binary—a way of representing information using only two options—by making binary code bracelets. Grab some string, print out the binary alphabet, and assign 1 to black and 0 to white. Then start beading. My initials, MW, would be coded as 0100110101010111. 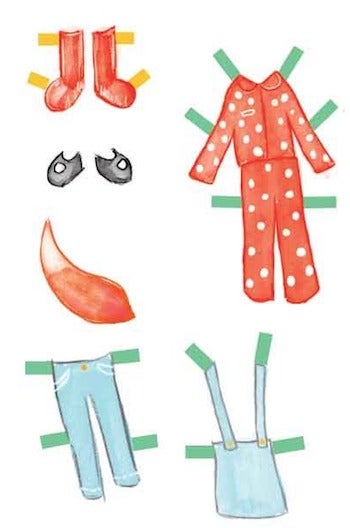 HelloRuby.com, the online resource for Linda Liukas’ whimsical book series Hello Ruby, has some creative activities to teach kids about computers, programming and technology. I love Liukas’ idea of using paper dolls to introduce the concepts of Boolean expressions (a logical statement that is either true or false) and selection. In this activity, kids dress the character Ruby in different clothes and accessories using Booleans such as “On Mondays, Ruby wears green and red clothes” and selection statements such as “If it’s raining, Ruby wears [point at the right clothes], or else she wears [point at the right clothes].”

To teach your kids about the connection between symbols and actions, you can have them become a cup-stacking robot—an idea from Thinkersmith. First, create a code using these symbols and then have your little “robot” follow the code. Then switch. 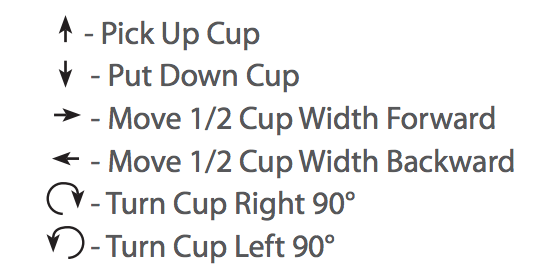 You can watch for incorrect movements, and then work together to “debug” the program.