It is almost inevitable that Game Of Thrones season 8 will be subject to leaks and spoilers. It’s a fate that befell the past few seasons, with top-secret scripts and even entire episodes appearing online before their maiden broadcast.

To quote another popular genre show: all this has happened before and all this will happen again. But as we enter Game Of Thrones‘ final season, it’s more imperative than ever to avoid the leaks.

Back in 2017, a hacker group announced it had stolen 1.5 terabytes of data from HBO, including material for Game Of Thrones Season 7. A (literal) torrent of script treatments and episodes soon followed, all of which were eagerly gobbled up by pirates.

A similar thing happened in 2015. The first four episodes of season five were leaked in their entirety which resulted in hundreds of thousands of illegal downloads.

It’s not known how much potential revenue or ratings HBO lost due to these leaks. However, it’s safe to assume that most people who accessed the torrents didn’t go on to become subscribers. (i.e. – why pay for something you can get for free?)

To date, Game Of Thrones season 8 has managed to stay under wraps. HBO has reportedly ramped up security to ward against leaks and spoilers. Even the actors have been banned from using physical scripts – instead, ID-trackable iPads are used. But hackers are a tenacious bunch – if there’s a chink in HBO’s spoiler armour, they’ll readily exploit it.

Which presents the ultimate conundrum: do you devour everything that gets leaked, or enter season 8 unsullied? 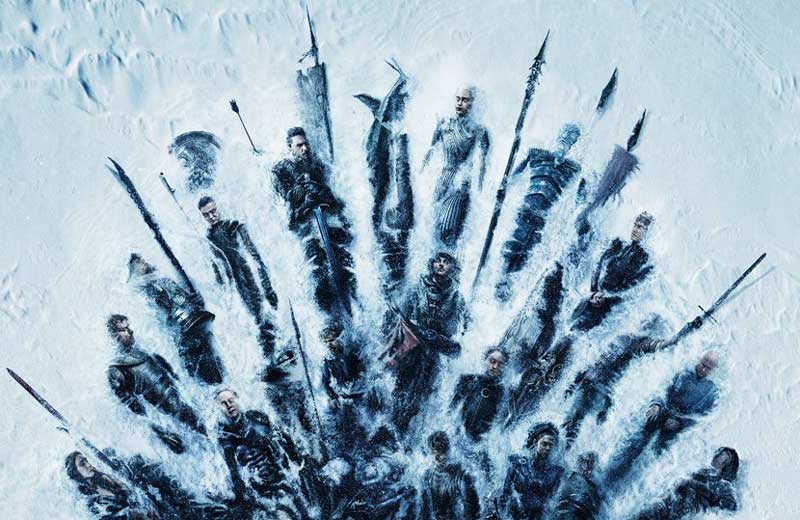 Just what is going on here? We advise you wait and find out. (Image: HBO)

As we have cautioned in the past, Game Of Thrones leaks are definitely best avoided, for a multitude of reasons. First and foremost, accessing leaked episodes carries obvious legal risks.

While rights holders are not currently pursuing individual infringers in court, there’s no guarantee that this won’t change in the near future. If hackers do leak unreleased episodes into the wild again, you can bet that HBO and Foxtel will be monitoring public torrents – and who accesses them – very closely.

Yes, a VPN will make it very difficult for rights holders to track your IP down. But getting away with something doesn’t actually make it legal. You can make a compelling argument that torrenting isn’t stealing, but it’s definitely dodgy. It’s the equivalent of rolling a printer into a book shop and scanning all the pages without paying.

The final season of Game Of Thrones is finally upon us after a 24-month hiatus. Here's everything you need to know about season 8, including the premiere date, the number of episodes and where to watch in Australia.

In addition to the legal risks, there’s a very high chance that any leaked episodes will look like arse. A show like Game Of Thrones is best viewed in pristine HD on a large screen television – not in grainy standard-def on your laptop. (As happened with previous episode leaks.) Simply put, getting to watch an episode few days in advance isn’t worth the drop in picture quality.

It’s not just leaked episodes you need to be wary of either. There’s a fairly strong chance that scripts and story treatments will end up getting leaked too, as happened last season.

We strongly urge you to avoid these too – they don’t call them “spoilers” for nothing! (Think about it: would the Red Wedding have had the same impact if you’d read a spoiler-filled episode summary first?)

I have no idea what Game Of Thrones’ finale has in store for us – but if there are any shock deaths or game-changing revelations on the horizon, you’re much better off not knowing until they play put on screen. It’s for this reason I’ll be avoiding all spoilers like someone with grey scale – and you should too.

Even if there are no Game Of Thrones leaks this year, there will still be plenty of people dropping spoilers on social media – often before you’ve had a chance to watch the latest episode. Instead of hiring Faceless Men to wipe these miscreants out, you can easily scrub your social media feed of anything Game Of Thrones related. This guide explains how.

Classic Hacks: How To Avoid Game Of Thrones Spoilers