I also really, really love the drawings and paintings: the depictions of what a flat earth might look like from space, created by artists who are 100 per cent serious. Here are a few of my favourites.

I’m not sure why I like this stuff. I think it’s a combination of things.

Firstly the mental gymnastics required to reconcile what we know is absolute fact about the universe with the idea of a flat earth — it results in some truly surreal shit. In some cases it’s actually a little bit beautiful.

But there’s also something alluring about a flat earth. It’s more intricate, less commanded by chaos. It’s more connected to our aesthetics as human beings, it’s allowed to be as we want things to be — because it’s an invention. A human invention.

Thirdly — and I’ve always thought this — there’s something comforting about being placed smack bang in the centre of our own universes. That can be soothing to the ego. Even if it’s so, so wrong.

Here are some of my favourite ‘Flat Earths’… Orlando Ferguson’s depiction of a “square and stationary” earth is probably the most famous. Complete with surrounding ice walls and strange curvatures. But I also love this: the Flammorian Engraving. I love the way the human’s head just pokes out from the atmosphere, beyond the stars, into the void. It’s an incredible thought. This was drawn in 1825 by Icelandic scholar and archaeologist Finnur Magnússon. It’s actually a depiction of Old Norse mythology, but that hasn’t stopped flat earthers from co-opting the image. This is a more modern representation of a flat earth, based on azimuthal equidistant map projections. This is the world as many people still see it. People living today think this reality is possible. Amazing. Here it is as an actual globe. I mean damn… look at this. It’s wrong. But it’s so beautifully wrong.

There is a part of me that wants to live in this universe. 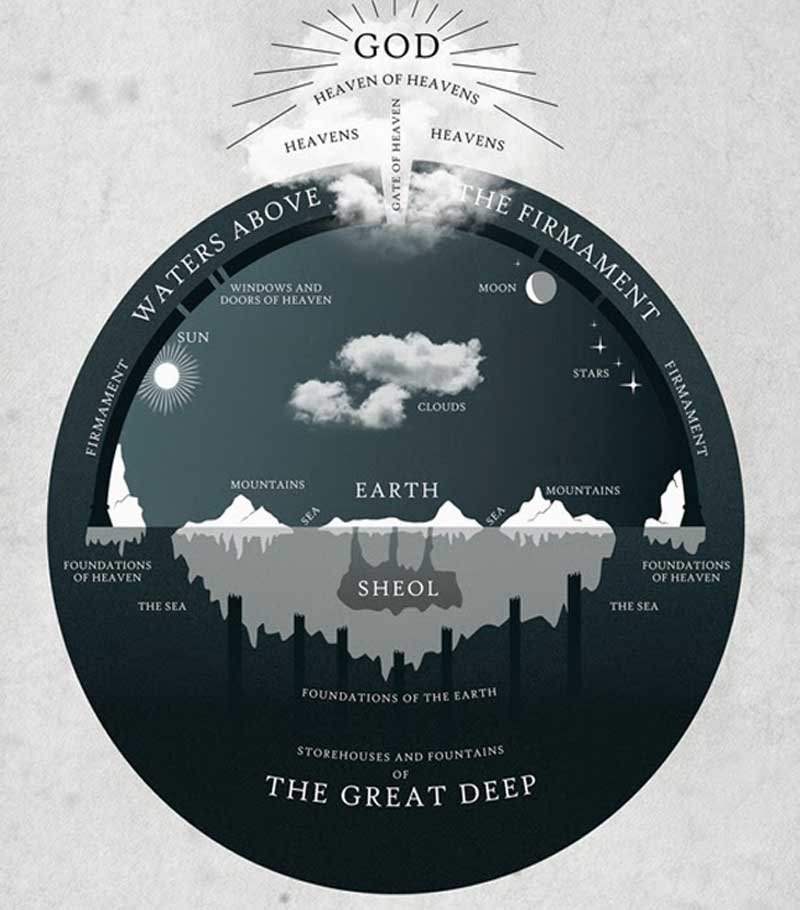 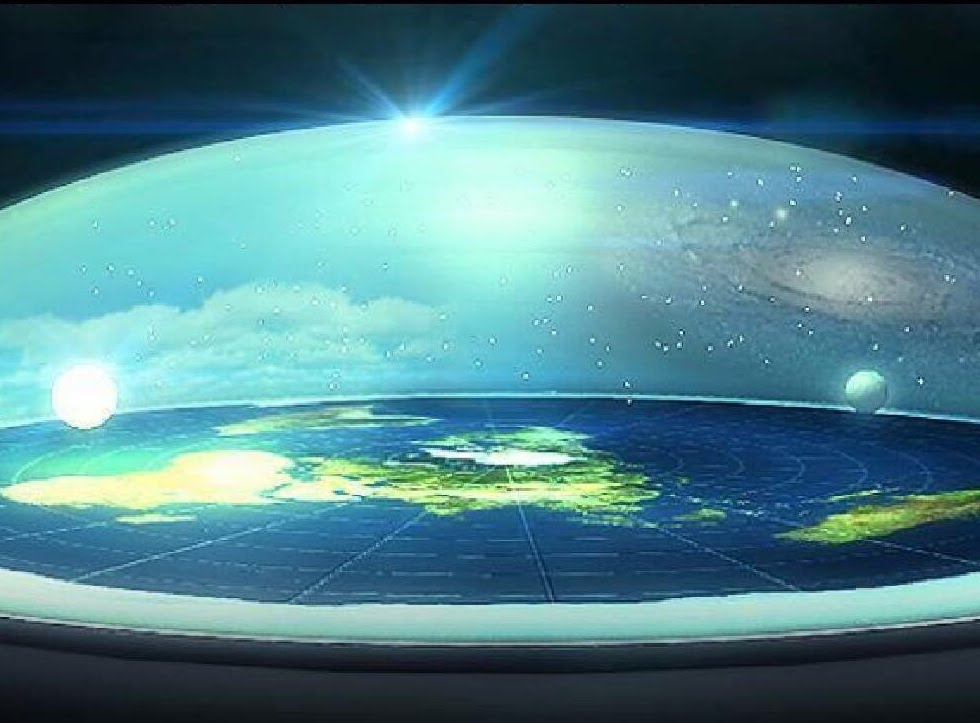 This one looks just like a snow globe, complete with floating sparkly bits. Could life on Earth be taking place in a cosmic dollar shop? Maybe climate change is just an alien’s kid shaking us.

I find this one the creepiest. Partly because it’s possible to fall off, into the void. The water just streams off the edge. It’s hopeless, terrifying. I’m also a fan of biblical representations, like this. This is just bizarre. I love the idea of there being an underworld. Honestly.

I love them all.

Bonus life hack: While I’m sure some flat earthers are artistically talented, the majority of these paintings were probably commissioned. If you’re a freelance artist, the flat earth movement could be a gateway to some easy money. And let’s face it – when it comes to creating fan art for strangers on the internet, a flat earth is one of the least outlandish and disturbing things you’ll ever be asked to produce.