Stream Free Radio Stations On Windows And Mac With This App

The few times I’ve wanted to listen to the radio while I work — because I occasionally get nostalgic for commuting—I’ve found that most radio stations’ websites are terrible. It’s like they’re trying to be this weird mix of a news service, a Tumblr blog, and a grab-bag of complicated web tools for playing music and videos. Bleh.

Instead, I’m glad I found the app Odio, which gives you a stripped-down way to find and listen to radio stations around the world—from 206 total countries, as of when I wrote this article. The app is completely free to download and use, and it’s available for Windows, Mac, and Linux. 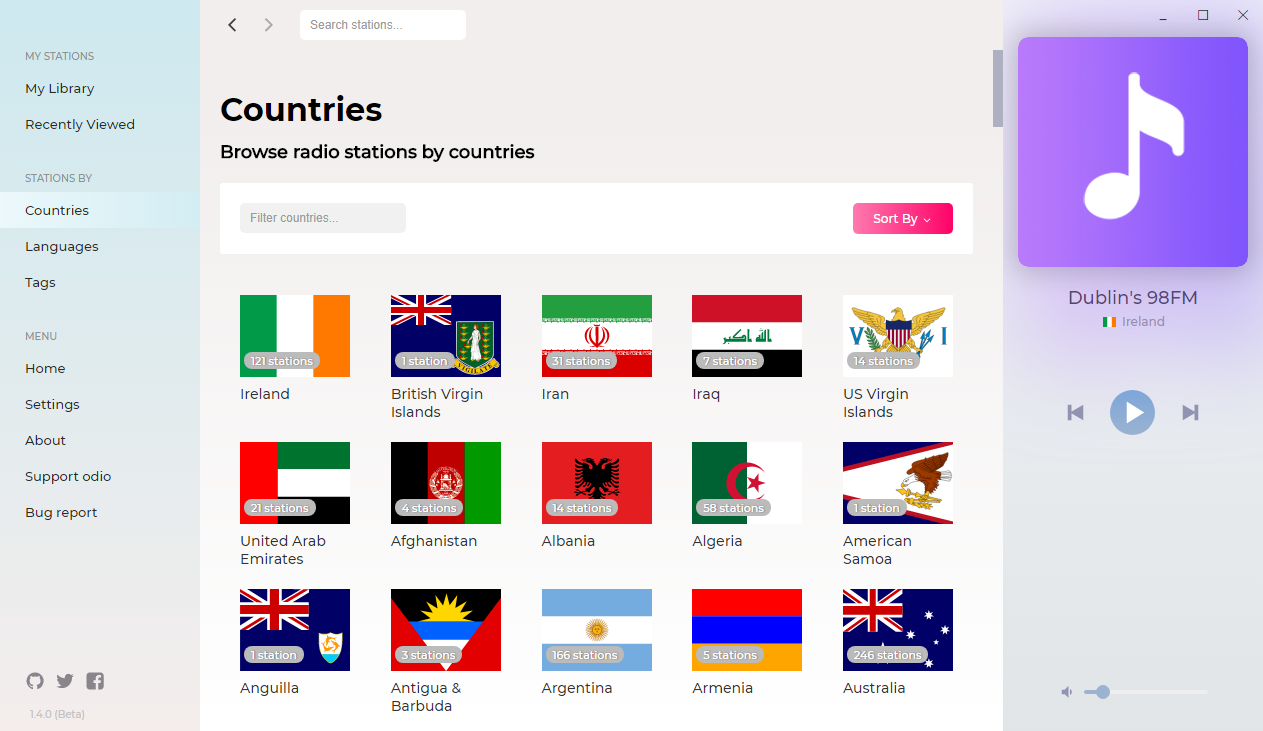 Pull up the app and click on the “Countries” section to get started, although you can also browse for new radio stations by what languages they’re speaking or community-contributed tags. I appreciate that it takes Odio barely any time to connect to a stream when you’re skipping through different stations, because nothing would kill the fun of this app faster than having to wait multiple seconds for each radio station to load.

Once you’ve found something you like, you can view the station’s profile to learn more about it—what language it streams in, what bitrate and codec the stream uses, et cetera. You can also favourite stations you like, which adds them to your personal library. It’s a great way to stay organised within the app (in addition to Odio’s “recently viewed” section), since there’s a lot you can listen to.

If, for whatever reason, you’re unhappy that a radio station you really want to listen to isn’t included in Odio’s directory, you can always submit it to the Community Radio Browser website. Odio pulls its station streaming list from here, so you’ll want to contribute your favourites if you’d like Odio to feature them in the app.