Fresh from breaking into the top five PC makers in the US for the first time, Microsoft’s hardware division is looking to continue its momentum with the release of the Surface Laptop 2 and Surface Pro 6. Aside from an all new jet-black matte finish, most of the changes this year are under the hood.

Considering Microsoft largely knocked it out of the park with their predecessors last year, an iterative upgrade isn’t necessarily a bad thing. At the same time, competition from the likes of Dell, HP, Lenovo and newcomer Huawei has increased significantly this year. So has Microsoft done enough with this year’s models to ward off the competition? 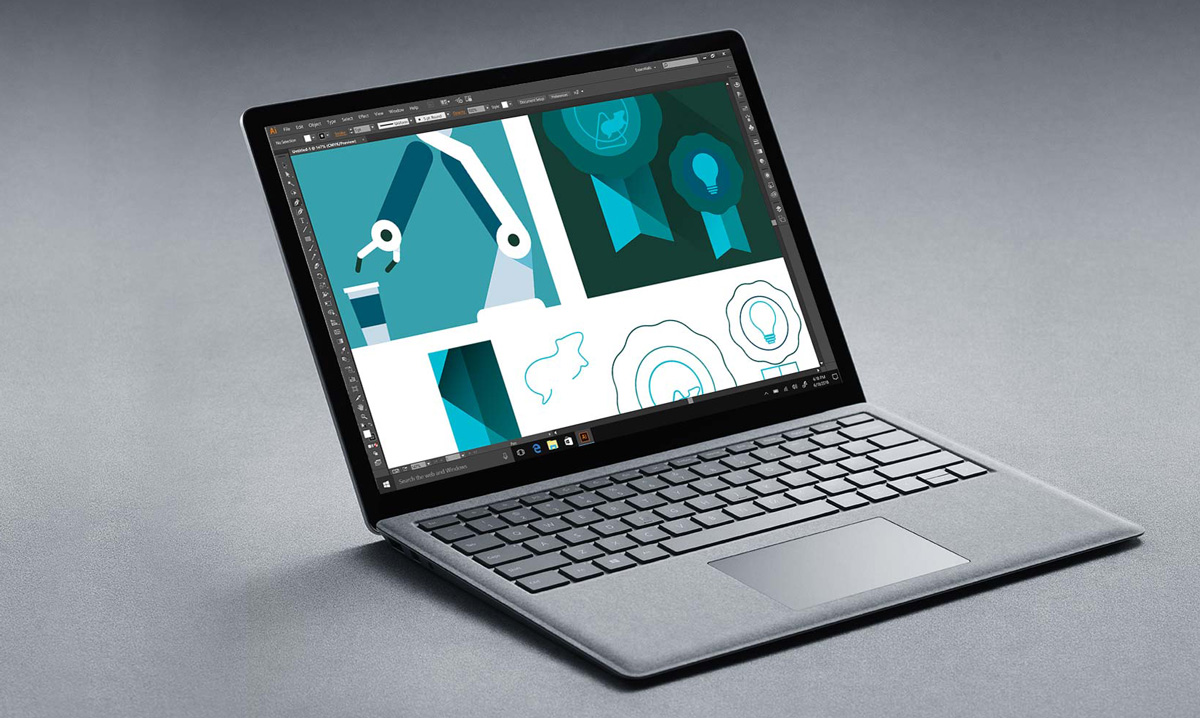 Microsoft’s first crack at a dedicated notebook nailed the most important aspects of any thin and light laptop with a class leading battery life, excellent keyboard and the most responsive Windows touchpad in the business. However, its clean design aesthetic along with unique touches such as the use of alcantara fabric material and speakers that emanate punchy sound from beneath the keyboard are what really set the Surface Laptop apart, and the design remains unchanged for the sequel.

The new matte black colour option which we reviewed looks really nice, and details such as the way the dark finish extends all the way to the inside of the ports shows how much attention Microsoft is paying to design. There are a couple of caveats to the black model that are worth noting. For one, it is not as resistant to fingerprints as lighter colours and we also found that, during testing, any kind of contact with hard material has a high chance of leaving some sort of scratch or mark which is all the more noticeable on a dark finish like this.

You may have to pay a small premium for the new black colour as well; on Microsoft’s Australian site, the least expensive black Laptop seems to be the $1999 model with 256GB storage, not the starter 128GB model at $1499. At least the silver, red and blue colour options from last year all make a return so there’s no shortage of colours to choose from.

Microsoft has done some optimisation work with the instant-on feature, so lifting the lid of the Surface Laptop 2 and logging in via Windows Hello feels, well, instant. This is a benefit you don’t get from a 2-in-1 like the Surface Pro 6, which performs more like a tablet where you need to physically tap the power button for it to wake up from sleep before you can get going.

The biggest change here is the bump up from Intel’s 7th generation dual-core processors to 8th-gen quad-core which, in our Geekbench tests, almost double the performance in multi-threaded applications. Single core performance remains largely the same. This means that while you won’t see any improvement in basic day-to-day tasks such as web browsing, checking email and social media, performing more taxing duties such as photo or video editing will feel much snappier.

The base model now comes with 8GB of RAM instead of 4GB, so this means you can have more tabs open in your web browser or more applications open without the machine slowing down to a crawl. One of the complaints about the original Surface Laptop was the slow performing SSD storage, which Microsoft has rectified this time with a significantly faster drive. In our tests, we found that moving across large files was almost three times as fast as the original model.

Despite the bump in specifications, the Surface Laptop 2 still retained the great battery life of its predecessor, clocking in at around ten hours.

The Surface Laptop 2 would also have to be one of the quietest machines we’ve tested with the fans barely spinning up under load. And when they did, it was almost inaudible to our ears.

When it comes to thin and light notebooks, the Surface Laptop 2 is a class leader in almost all respects except when it comes to ports. Most notably, the lack of a Thunderbolt 3 capable USB-C port is a big omission in late 2018.

Competing devices like the XPS 13 and Huawei’s MateBook X Pro offer the ability to connect performance peripherals like an external graphics card (eGPU) for some extra gaming power and fast external storage thanks to their two USB-C ports. The use of the now-aging proprietary Surface Connect port means you will need to lug around an extra charger as well.

There’s a lot to like about the Surface Laptop 2, but just be sure you can live without USB-C before taking the plunge.

You can find out more about the Surface Laptop 2 at Microsoft’s Australian website. 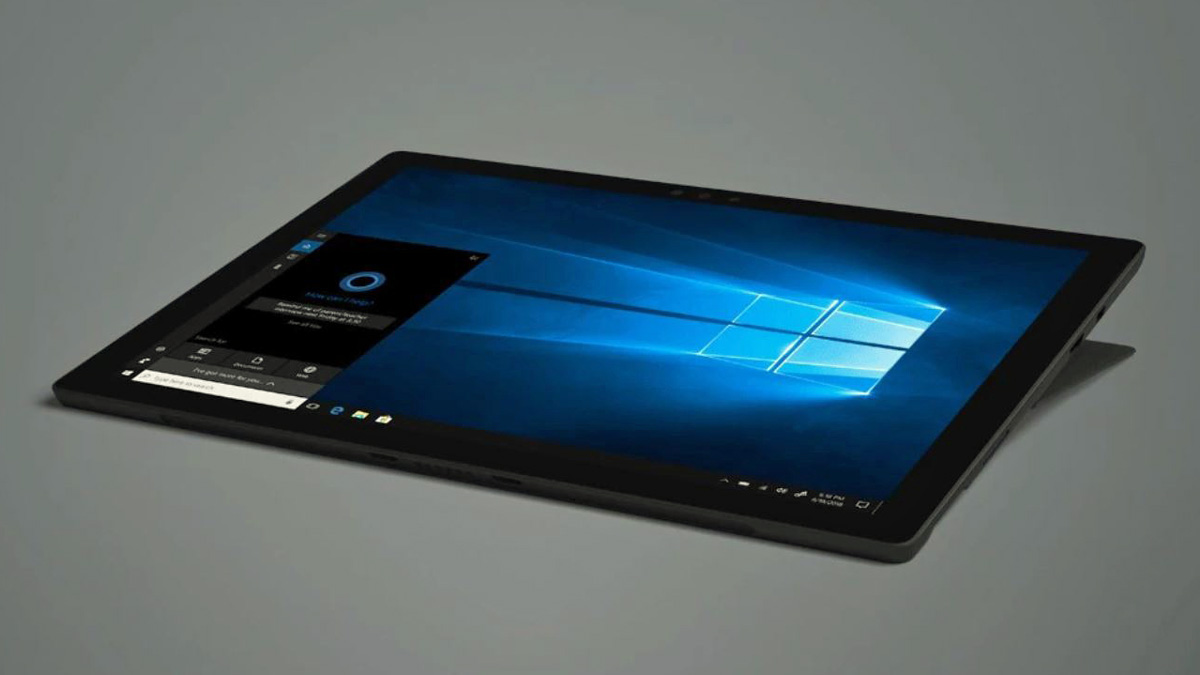 The Surface Pro 6 manages to cram in all of the performance and matte black colour option of the Surface Laptop 2 into a tablet.

The detachable keyboard form factor and the flexible kickstand, which allows the 12.3-inch display to be propped up like a traditional notebook to almost flat, makes the Pro 6 an ideal companion to the Surface Pen (sold separately).

Support for the Pen has been extended throughout Windows 10 with its most recent update and there’s a substantial library of apps that support pen input. Tilt support for the Surface Pen. which was introduced to last year’s Surface Pro. is retained with the Pro 6. As is the outstanding front-facing 5.0MP camera which produces a sharp and colourful video feed for Skype.

According to Microsoft, battery life has been bumped up to 13.5 hours. In actual real world day-to-day use we found the battery lasted an hour longer than last year’s model, taking the total runtime close to 9 hours.

It’s worth remembering that the Surface Pro 6 doesn’t sip power while on standby, unlike other tablets that use a mobile chip such as an iPad or Qualcomm powered Windows machines. On a recent overseas trip, where the Surface Pro 6 went unused for almost two days, it lost over half its charge.

As was the case with the Surface Laptop 2, the gold standard port for connecting practically anything — USB-C — is missing which really is inexcusable on a premium computer in 2018.

The Surface Pro 6 might be the most capable and versatile 2-in-1 you can buy for under $1500 (the starter model is $1349), but that doesn’t mean there isn’t room for improvement.

Its top heavy design means it isn’t comfortable to use on the lap for an extended period of time, the detachable keyboard still doesn’t come in the box and the 12.3-inch screen size can get cramped when using it as a laptop. The lack of big name apps such as YouTube and Amazon Prime Video in the Windows store means that it won’t quite fulfill all of your content consumption desires as a tablet either.

With that said, anyone considering spending more than $3000 on one of the more fully equipped Pro 6 models should be looking at Microsoft’s superior Surface Book 2 instead.

You can find out more about the Surface Pro 6 at Microsoft’s Australian website.