What Parents Need To Know About Musical.ly

kids technologymusicallyoffspringprivacysocial media
To sign up for our daily newsletter covering the latest news, hacks and reviews, head HERE. For a running feed of all our stories, follow us on Twitter HERE. Or you can bookmark the Lifehacker Australia homepage to visit whenever you need a fix.

A dad named Jack R. says just about every week, his 9-year-old son asks if he can use the app Musical.ly. His son’s best friend has been telling him that everyone at school has an account. After hearing the kid beg all summer, Jack finally decided to download it onto his own phone and sign up himself so that he could look into the privacy settings and “see how stranger-danger it was.”

When he entered his gender (male) and birthday (he’s 32), Jack says he was bombarded with content he never expected.

As soon as he was logged in, the app suggested videos for him. Describes Jack: “It connected me to a 13-year-old girl in a belly shirt. Next up, a 15-year-old girl dancing like a stripper. Then another underage girl, then another, and another. This app knows what creepy dudes with Musical.ly accounts want.”

For those unfamiliar (which likely includes most people over 25), Musical.ly is a social media platform that lets users make and share 15-second videos of themselves lip syncing to various sound clips, from the latest Cardi B hit to comedy bits to the voices of other users. Gary Vaynerchuk described the app as a “a mashup of Vine, Snapchat, and Dubsmash,” which is accurate. With tools such as Instagram-like filters, special effects and a magic wand that instantly makes your face look smoother when you click it, anyone with a smartphone can be a DIY producer and star. (If you’re at a cafe or airport and you see a tween turning her camera on herself while mouthing words and doing some choreographed moves, chances are she’s on Musical.ly.) As they rake in fans, Musical.ly users (a.k.a. “musers”) are showered with hearts and comments and sometimes even sponsorships. The app’s most famed video makers can command fees of up to $US300,000 per sponsored post, according to Influencer Marketing Hub.

Make no mistake, Musical.ly cofounder and co-CEO Alex Zhu wants young people to join the community – he has said that the way to start a social network from scratch is to attract teens as early adopters.

Zhu first landed on the idea when he watched a group of boisterous young teens on the train in Mountain View, where Google is based. Half of the teens were listening to music while the other half took selfies or videos, covered them in stickers, and then shared the results with their friends.

That’s when Zhu realised he could combine music, videos, and a social network to attract the early-teen demographic.

Musical.ly simply feels like a kids’ digital wonderland. (When I created an account myself, one of the first things I did was make a video with augmented reality poop emoji.) Young girls, in particular, are drawn to the app, using it to pretend to be the next pop star. Seventy-five per cent of Musical.ly users are female. 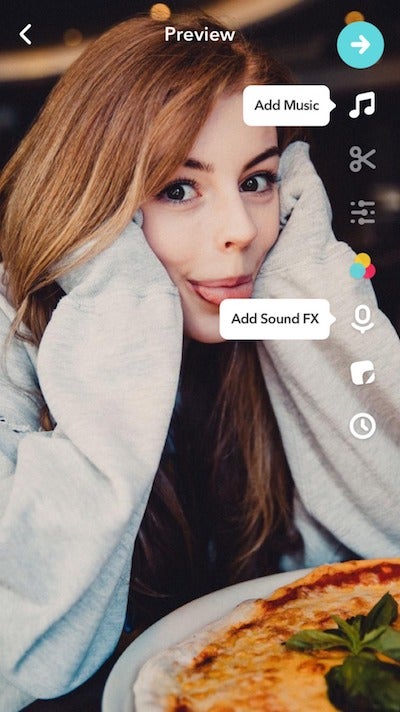 The company’s website states that “Musical.ly is intended for users age 13 and over.” Though Chris McKenna, the founder of internet safety resource Protect Young Eyes, tells me, “You don’t have to spend 30 seconds on the app to know that a large percentage of the users here are under 13.” Zhu himself acknowledged this problem in an appearance at TechCrunch Disrupt London, the Chicago Tribune reports, which may put the company in conflict with the Children’s Online Privacy Protection Act (COPPA). When making an account, you can enter in any birthday and there’s no way to verify it. (For parents with kids who are younger than 13 and using the app, the one thing Musical.ly recommends they do is send the team an email and they “will promptly take appropriate action.”)

What’s wrong with the app being infiltrated by underage users? Well, a lot, but an issue that stands out is that you have kids mimicking what they see on music videos, trying to gain more views and rise in popularity. To do so, there’s always pressure to be sexier, wilder, more shocking. Comedy YouTuber PaymoneyWubby gives a NSFW rundown of what kids really do on Musical.ly, pointing out the clothes they wear, the gestures they make, the lyrics they perform to (“What does a 12 year old know about hitting it from the front?”).

Musical.ly also recently shut down its standalone live-streaming app, Live.ly, merging into the main app. Now that Musical.ly users can live-stream their videos, parents say the risks are even higher. “[Kids’] still-developing brains just don’t need to be placed into additional, unmonitored, ‘can’t take it back’ situations,'” McKenna says.

The worst stuff is deep in the hashtags

When I first started browsing Musical.ly, the content seemed more silly than inappropriate. The first video it showed me featured a teen in Vietnam performing a rendition of Camila Cabello’s “Havana” – the words were changed to “Banana” and it was a weirdly entrancing ode to the fruit. My prevailing feeling was not so much, “This is bad news,” but more, “Wow, I am old.” Most of the content I scrolled through were users doing challenges – from #4cupschallenge (see if you can drink water while holding four cups together) to #squatinpublic (squat in public) to #petpoke (poke your pet to music).

There’s code language that gets past Musical.ly’s filters. Some kids hashtag their videos with words like thot  –  shorthand for That Ho Over There  –  or fgirl, hottie, sxy, whooty, or sin.

… There are #killingstalking musical.lys, which are dark-themed (artistic? emo?) videos showing boys putting knives to girls’ throats. There are #selfharm videos that show suicide options  –  bathtubs filling, images of blades, a child’s voice saying she doesn’t want to live any more. I saw a boy with a bleeding chest (yes, real blood). I saw a young girl whose thighs were so cut up I had to take a break from writing this article. A long break. The images are deeply upsetting. There are #cutter and #triggerwarning and #anorexic videos. Musers with eating disorders hashtag videos using proana (code for pro anorexia.) I found over eleven thousand #selfhate videos. It goes on and on.

The company keeps banning tags – for instance, now, when you search for #suicide or #mutilation or #cutting, you’re connected to the Suicide Prevention Lifeline number and a list of tips for getting through a difficult time. But internet safety advocates say that moderation teams will never be able to stay on top of the constantly evolving list. “They can’t keep up,” McKenna says. “Nobody can keep up with the changes. People just change an “O” for a zero or put accents over things and all of a sudden they’re outwitting the syntax. It’s very easy.”

There are no parental controls over what kids can see

Users can make their accounts private, only allowing approved followers to see their uploaded content, but that’s certainly not enough to make the app safe for kids. McKenna explains: “It’s one thing to put a child in a scary warehouse and lock all of the doors from the inside so that none of the bad stuff can get out. But the parental controls in Musical.ly are as if all of the doors are openable from the outside, so the child who’s walking around can just open whatever door they want.” Basically, your kid can see everything, and there’s no way of stopping it.

The app collects your data

“We may collect personal information from a social media website when you use your social media credentials to log into the service.”

“We collect information that you post to the service.”

“We collect and process information you provide, including any personal information, in the context of composing, sending, or receiving messages through our service’s messaging functionality.”

“We collect information about your location if you grant us permission to do so.”

And, in all caps, Musical.ly states: “THE COMPANY MAY DISCLOSE YOUR INFORMATION.”

Most kids and teens won’t take the time to read the privacy policy before downloading the app, so it’s important to talk to them about what they should know. The nonprofit ConnectSafely.org gives research-based safety tips for parents on addressing tech use and policy.

The video-editing tools in Musical.ly are undeniably fun, and young users can get really creative with them, but the fact that there’s no way to limit the content they see is concerning. As Basil points out, once you say yes to social media such as Musical.ly, it’s “really hard to take back.” Most internet safety advocates recommend saying no.

But if your child meets the age requirement of the app, and you are ok with them downloading it, do set some ground rules. For instance: