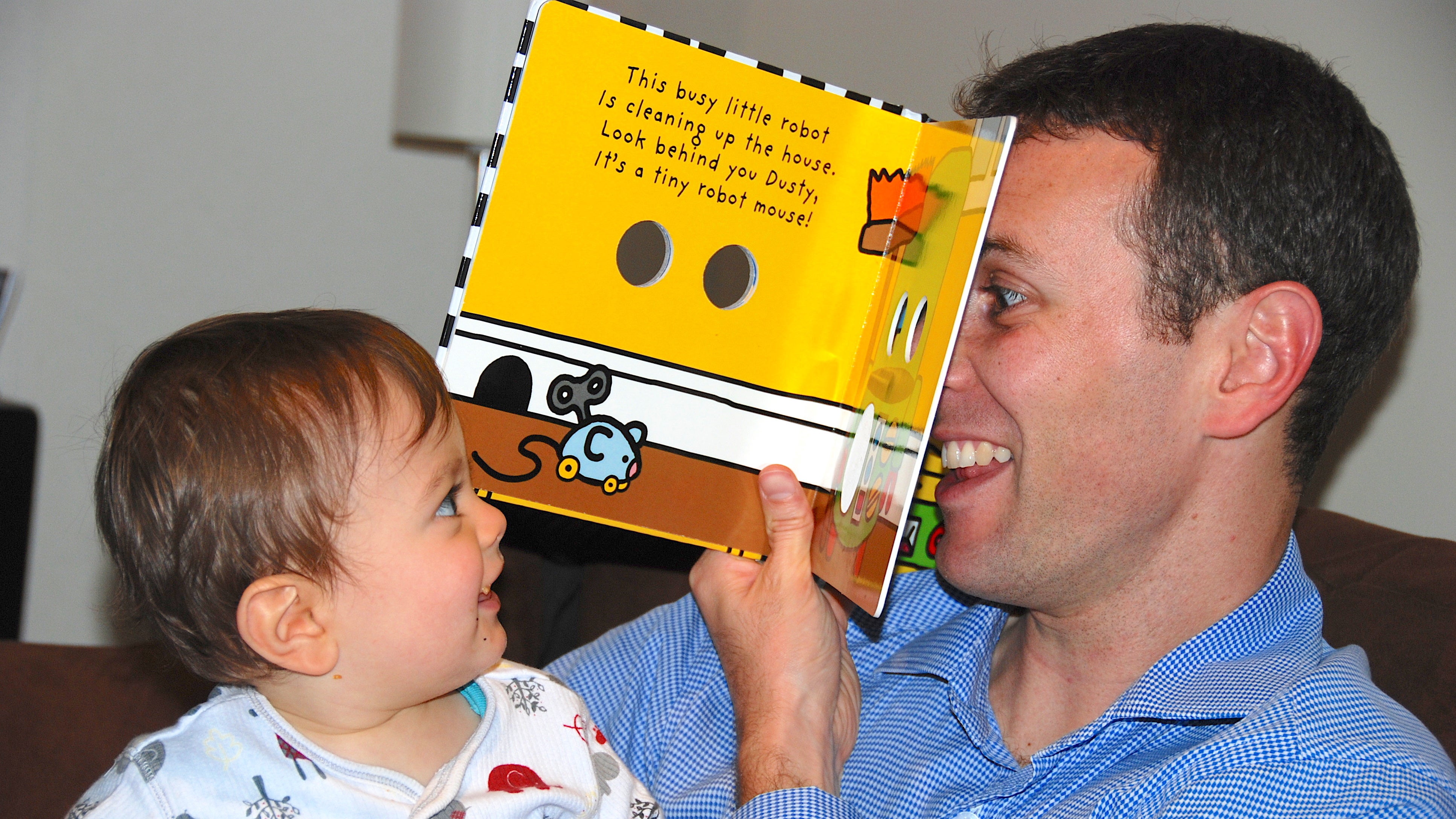 It's time to put the little one to bed. What do you do? Put on an audiobook, read them a bedtime story with fun pictures, or turn on some cartoons? A new study suggests the old standby of an illustrated bedtime story is best for developing your children's brain.

The study, presented at the 2018 Pediatric Academic Societies Meeting, was lead by Dr. John Hutton, a researcher and pediatrician at Cincinnati Children's Hospital. To see how children's brains reacted to different forms of storytelling, Hutton had 27 children around age four hooked up to an fMRI machine, which looked for activity in different regions of the brain, as well as connectivity between the regions.

Each were presented stories from children's author Robert Munsch in three different forms: audio only, an animated cartoon and illustrated pages with audio voiceover.

For the audio-only stories, language regions were activated in their brains, but there wasn't much connectivity between them. As Hutton puts it, the kids seemed to be straining to understand what they were hearing. The animated cartoon, however, was almost the exact opposite. The kids' brains had too much activity in the audio and visual perception regions, but still no connectivity.

Basically, a lot of information was coming in, but they don't have to do any of the work. Story comprehension was worst when it came to the cartoons. Comics can be thought-provoking, boundary-breaking, emotionally complex, and all the things that books without pictures can be. Any kid who's ever devoured a title such as Anya's Ghost, Invisible Emmie or A Wrinkle in Time. The Graphic Novel can already tell you this. Some parents, though, could use more convincing.

But when it came to illustrated storybooks, Hutton said the conditions for neural activity and connectivity were just right, or what the researchers call a "Goldilocks Effect." Activity in the language region of the brain was less than the audio-only condition and the same goes for the visual perception region when compared to the animation — but there was connectivity between all of the different neural networks.

With picture books, Hutton says kids use the illustrations as clues to piece together and comprehend the story they're hearing.

You may be tired of reading the same picture books every night, but you're actually helping your child's brain develop (which will help them read on their own). Also, the study found that kids are even more engaged when they're read to while they sit with their mum or dad, especially if the parent engages their child with questions or the pointing out of words.

It seems that type of closeness and interaction makes story time even better.