Mac: Of all the days to (finally) launch a version of its app for macOS, Houseparty picked yesterday – the start of Apple’s Worldwide Developers Conference – to make a big (themed) splash onto Apple desktops and laptops. And while Apple’s announcement of FaceTime group hangouts probably took a little wind out of Houseparty’s sails, the app is still makes it incredibly easy to chat with a bunch of your friends at once. 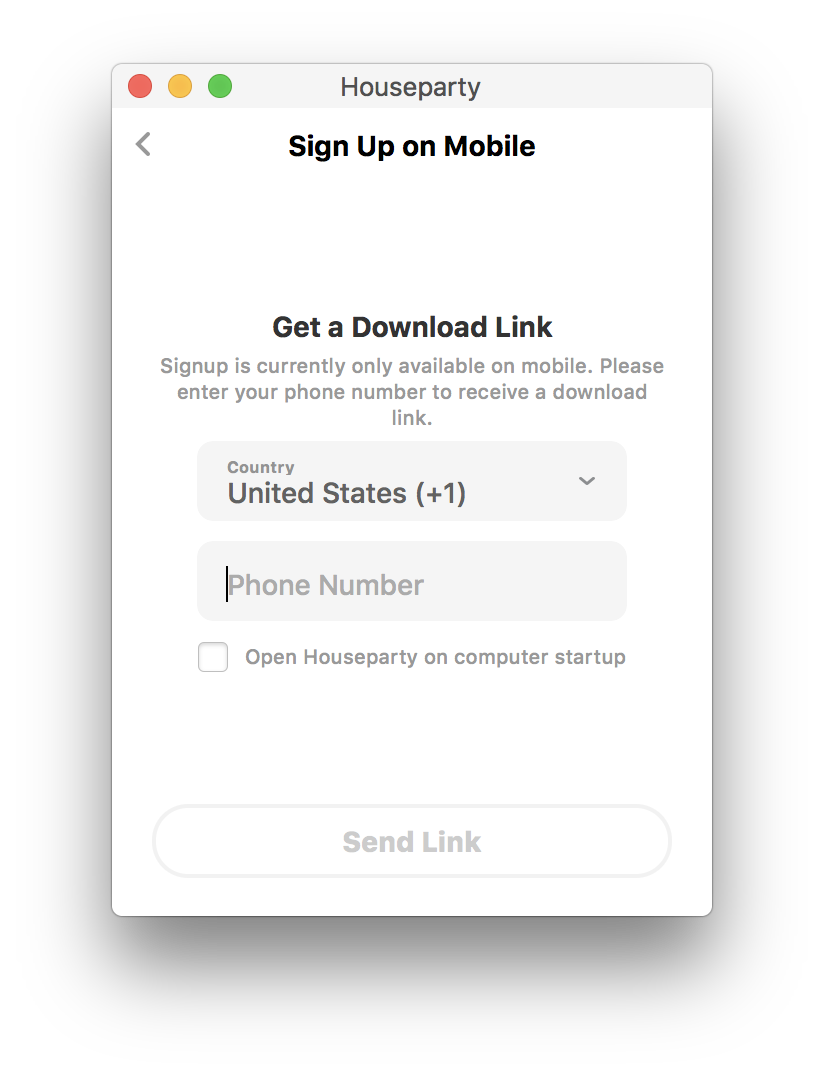 Houseparty‘s initial setup process is a bit odd, in that it forces you to also grab the app for your smartphone to create an account for the service (rather than just doing it all from your Mac), but that’s the only major hiccup I encountered as a Houseparty newbie.

Once you’ve gone through the process of creating an account and linking your contacts to Houseparty (yes, even Facebook contacts), logging into your account on your Mac makes it easy to jump into a quick video chat with a number of your friends at once.

You can chat with any friends that are “around”, which means they have the app pulled up and are available for a “party”, if they agree to your request. Otherwise, if you go “online” within the app, you’ll see a little circle of your face – your webcam’s live feed – at the top of your Mac. Your friends will then be able to jump into a group chat with you (appearing as another head alongside yours) without needing your approval.

In other words, use “around” when you’re working and maybe don’t want to be distracted by everyone, and jump to “online” when you’re just bumming around and want to chat.

When you’re in a group chat with a friend (or friends), you can either stick to using the tiny circles to see one another, or you can hover your mouse over them and expand them using the app’s two-arrows icon. This makes Houseparty appear more like its mobile self – a split image of chat boxes – which you can drag to enlarge however you want.

And that’s pretty much it! Houseparty is pretty no-frills and one of the easier ways to video chat with friends – assuming they, too, use the service. And that was my one other minor sticking point about Houseparty. Even though my friends tend to travel in the tech circles, I had a pretty small list of contacts available to party. Maybe we’ve all grown up.