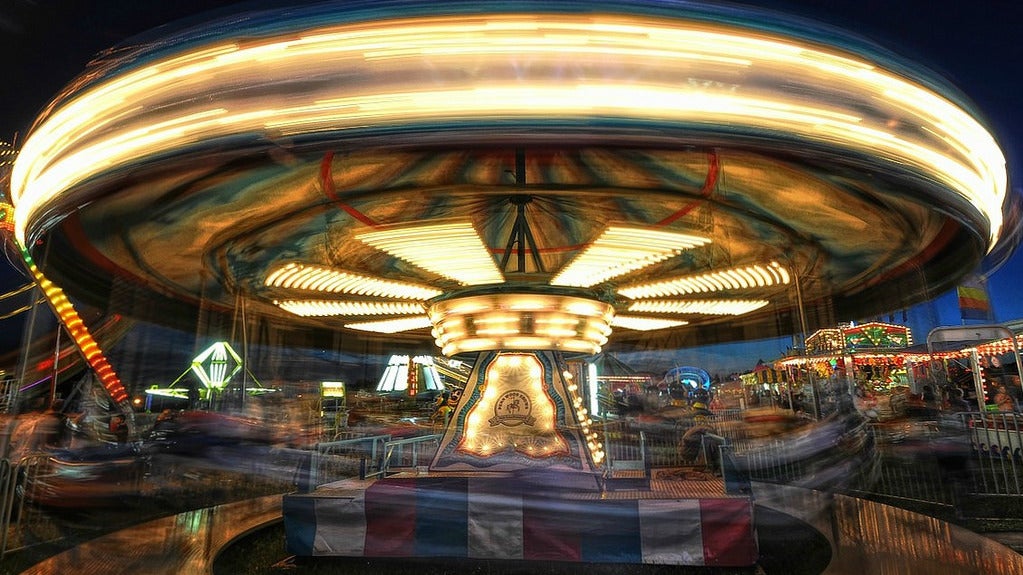 Between news reports of kids being poisoned by garden hose water to getting heat stroke in jumping castles to almost certainly being the targets of human trafficking at IKEA, it is crucial for parents to be on guard at all times, protecting their delicate children from the many dangers that may be lurking at any given moment.

Come on, proclaims Lenore Skenazy, a woman who has been fighting a culture of parental alarmism ever since she wrote an column titled "Why I Let My 9-Year-Old Ride the Subway Alone" for The New York Sun a decade ago. (It was a story that made some reminisce about their childhood days when they could freely roam the neighbourhood until sundown, and others suggest that she should be seized by child protection services.)

As part of her Let Grow movement, which encourages parents to basically chill a bit, Skenazy has added a section called "Really?" that lets people sort out real childhood dangers from stuff that's pure fear mongering.

With facts and stats on topics from formula feeding to toy guns (Skenazy is a reporter by trade), the project is like "Snopes for parents," as she describes it.

"Is it True That Children Shouldn't Go Into Public Bathrooms Alone?"

"Is It True that Kids Have Died From Poisoned Candy on Halloween?"

"Is it True That Kids Waiting in Cars Die During Brief Errands?"

Spoiler alert: Just about every "danger" is largely overblown.

Skenazy tells me she doesn't blame helicopter parents for hovering. "They are assaulted by stories all day long, all telling them their kids are in constant danger from everything they do/see/eat/read/hear/watch/lick," she writes in an email. But she also believes that "fear is not neutral".

She adds: "Fear keeps kids at home, locked 'safe' inside, unable to hop on their bikes or play outside with their friends. Unable to grow up with any independence and resourcefulness."

Her "Really?" page is a way to fight the fear and also to "re-affirm our gratitude that we are living in such safe times". There has never been a safer time to be a child in America, and Australia isn't too bad either. For parents, it's important to consider the facts of every situation, and know when to ignore the hysteria.