Australia is a world-beater when it comes to ease of starting a business, trade barriers, and the financial skills of its workforce – but high rents and corporate tax rates as well as abysmal communications and energy prices drag on its global competitiveness, according to a major annual study out today.

The 2018 IMD World Competitiveness Index sees Australia rise two places overall to 19th thanks to a broad based improvement across the four key areas the survey looks at: economic performance, government efficiency, business efficiency, and infrastructure. The survey, by the International Institute for Management Development in Switzerland, is now in its 30th year.

The research covers 63 countries and uses a combination of survey responses and statistics to produce its results, with around two-thirds of the weight given to hard numbers.

Corporate tax cuts by the Trump administration has helped the US displace Hong Kong in the No.1 spot on the list. Hong Kong, Singapore, The Netherlands and Switzerland round out the top five.

The tables below show all the areas where Australia is weakest. It reveals the nation is dragged down by some extremely low scores on infrastructure, people’s disposable income despite high levels of pay, entrepreneurship, and office rent costs.

Australia ranks 56 out of 63 countries for “relocation threats of services”, reflecting the risk that some industry could rapidly move offshore.

There are also bottom-half finishes for some business measures including company agility and credibility of managers.

Here’s the rundown of weaknesses across the four categories. 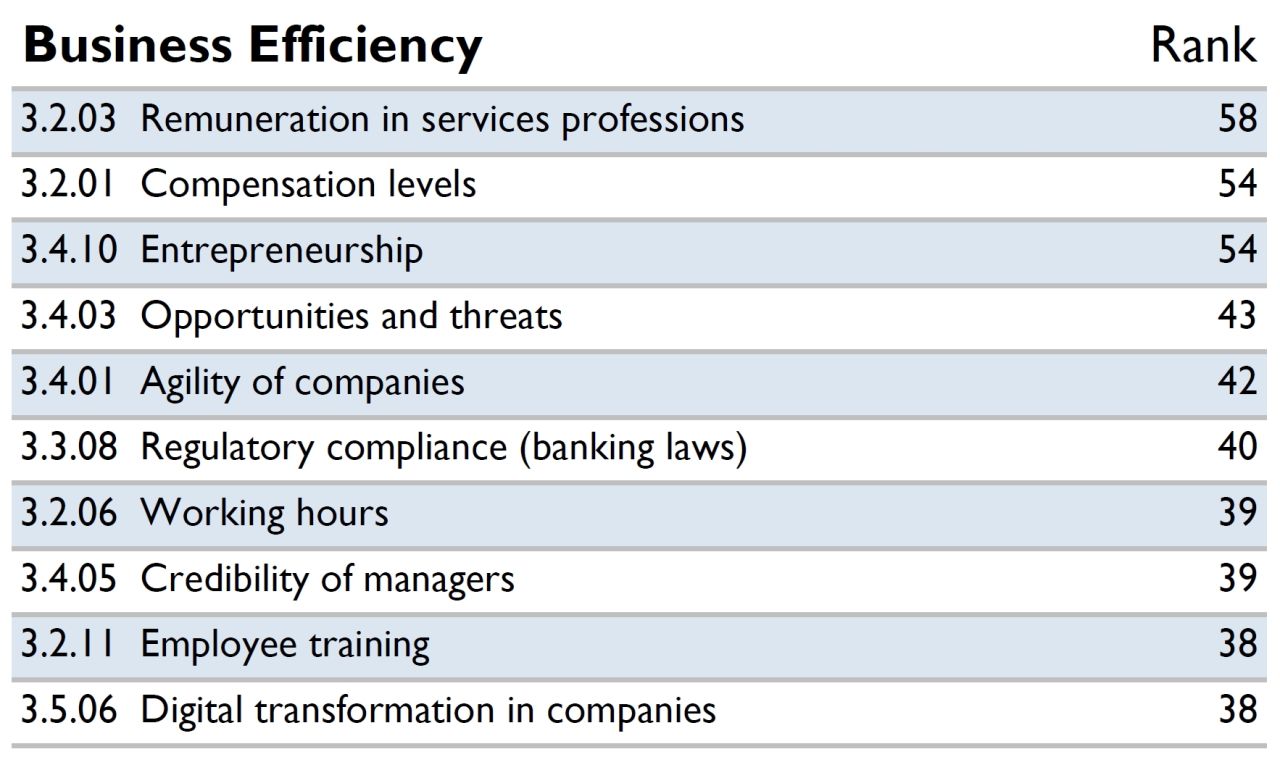 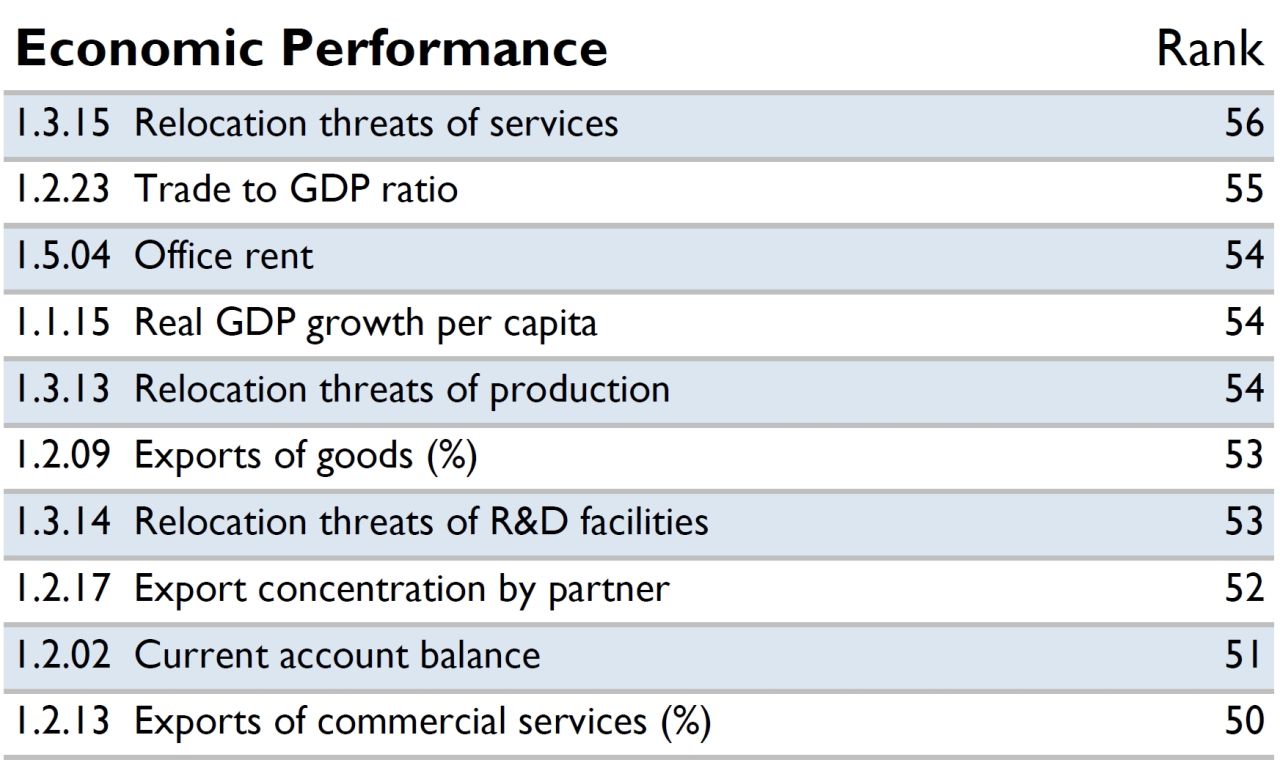 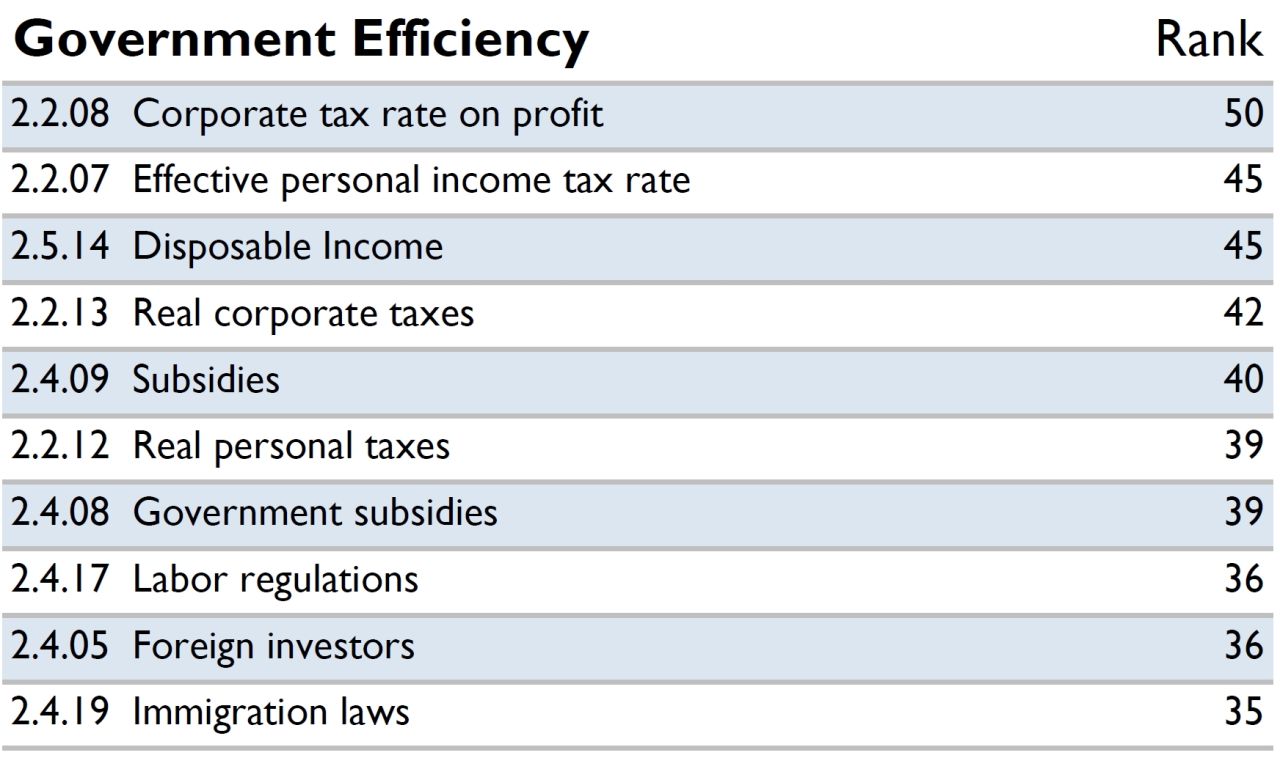 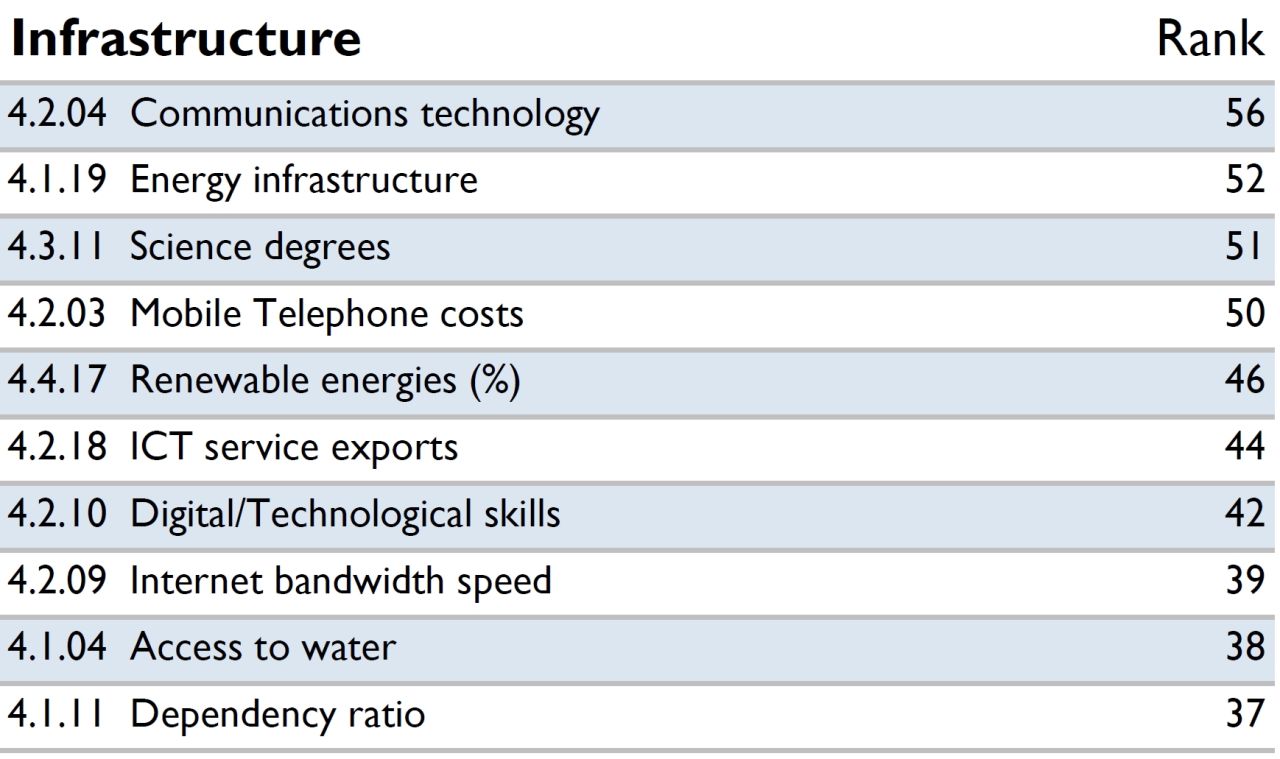