There are two conflicting definitions of the phrase internet troll, just as there are two conflicting origin stories. The more refined definition comes from the fishing technique of trolling (dragging a fishhook behind a boat) and is a synonym for trickster. This type of troll knowingly strings others along, often by aggravating them by pretending to take a ridiculous attitude or position. Ideally, they cause no harm, other than what the target inflicts upon themselves. Trickster trolling is a skill – a skill I will teach you. 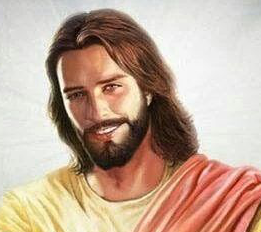 And he saith unto them, Follow me, and I will make you fishers of men. Matthew 4:19

The looser definition of troll, increasingly popular because people are afraid to say “bully”, refers to people who are just crappy online – like ugly bridge trolls. Their “trolling” takes the form of harassment, threats, insults or simply annoying behaviour. Some of these trolls think they’re the trickster kind; others don’t even realise how aggravating or offensive they’re being. Either way, bully trolls are the best target for the trickster trolls.

When someone frustrates or offends you online, it can be tempting to respond with your own vitriol. Sometimes this is an appropriate reaction! But sometimes you’re just letting this person ruin your day and encouraging them to ruin it further. Instead you can run circles around them, to the delight of yourself and others. Handled right, trickster trolling is a great way to relieve the pain of bully trolling. It helps you re-cast yourself from victim to empowered jokester who is not to be messed with.

Put on a Friendly Face

Trickster trolling is like comedic acting. The beauty of the troll lies in the gap between the character and the actor. If your aim is to frustrate your target, you should present yourself as helpful and cooperative. This sometimes wins the troll over, which can leave everyone feeling happy. But often the troll just digs deeper, exposing themselves

The faux helpfulness also an act of self-care; you’re building a buffer between yourself and the hate you want to direct back at your troll – but you’re not actually accepting their behaviour on their terms. Most importantly, it’s fun as hell.

Play to the Audience

There’s a spectrum, not a dark line, between trickster trolling and bully trolling. One way to make sure you’re on the right side is to keep in mind what a third party would think. In fact, if you can, do your trolling in public, where you’re staying more mindful of your behaviour. Third-party reactions will help you determine whether your trolling is ethical, and when it’s time to stop.

If your trolling pokes at widespread annoyances or bigotry, making it public can help others. Coder and satirist Jen Schiffer, in her impeccable how-to presentation on trolling and satire, gives examples of women in tech who were deeply satisfied to see self-important men fall for her jokes. By playing to an audience, Schiffer exposed the sexism of these men, who couldn’t grasp the concept of a smart and funny woman playing a joke. Some of these men managed to recognise their sexism and, hopefully, improve themselves.

Always Give Them an Out

If you’re trolling a troll, they have usually made the first move. But that doesn’t necessarily mean you can go nuclear. Sometimes you should – Nazis need punching! But if someone is just being kind of a dick, you’ll probably feel better if you switch things up on them, rather than responding at their level of energy and vitriol. The process should take less out of you than it takes out of them. (This doesn’t mean you can’t put effort into it; if you’re running an extensive Photoshop troll, but the work energises you, go for it.)

Give your troll an out – some way they could stop engaging. This is another way to ensure you don’t become the bad guy. There’s usually no benefit to harassing your harasser when they have already abandoned the fight, and it isn’t a good look.

Recently, a Lifehacker reader emailed me, demanding I give up my “entire fucking career as a writer” because he didn’t like my photo choice on an article. “You’ll find out your career isn’t the only thing you could lose,” he wrote under his full name, calling me “another self-impressed white boy trying to virtue signal” before blaming me for the Trump presidency.

While I knew that good-faith discussion would be fruitless, I was interested to hear more, so I responded in an appropriate length: One character, lower-case. 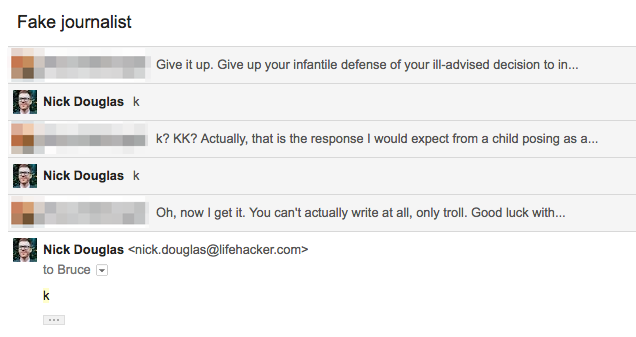 He replied, at the length to which he is accustomed. I replied, at mine. After three iterations, he realised he didn’t actually have to reply, and took his out.

Never Let Them See You Bleed 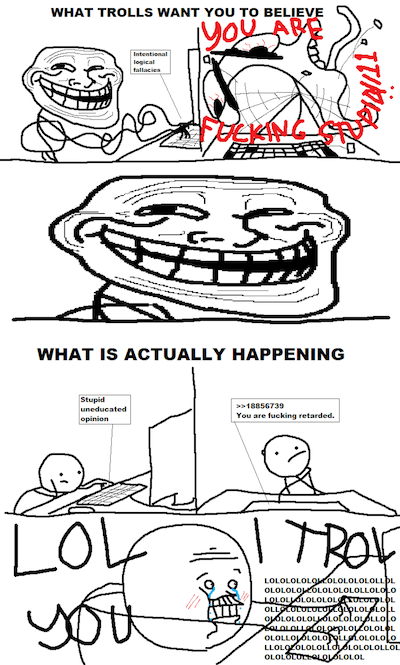 You don’t have to have the last word. Sometimes you actively don’t want to. Do I wish I hadn’t sent that final “k” email? Absolutely, and in admitting so, I have now retroactively lost that fight. Troll-on-troll combat is not a boxing match; it’s a game of hot potato. The last man standing loses.

The term sprezzatura may or may not apply here, but it’s Italian and I want to use it, so let’s say it does. Sprezzatura is a studied carelessness, the kind the trickster troll strives for. To succeed at sprezzatura is to convince everyone that all this really is a joke to you, while it’s deadly serious to your would-be bully.

But you can only show, not tell, sprezzatura. The more you try to prove that you don’t care, the less convincing you’ll be. As literal professional trolls Felix Biederman and Virgil Texas put it, “One way to assert authority when you’re mad is to say this entire time you’ve merely been pretending to be terrible, perhaps as a social experiment or for your own amusement.”

"im not owned! im not owned!!", i continue to insist as i slowly shrink and transform into a corn cob

This caring-about-not-caring might sound exhausting to you. If so, be free! Block and report your trolls! But if you enjoy it, troll-trolling can be a rewarding and calming hobby, like building model aeroplanes: Crafting little simulations of actual conflict, in your basement, until you get high off the fumes.