How To Level Your Power Quickly In Destiny 2 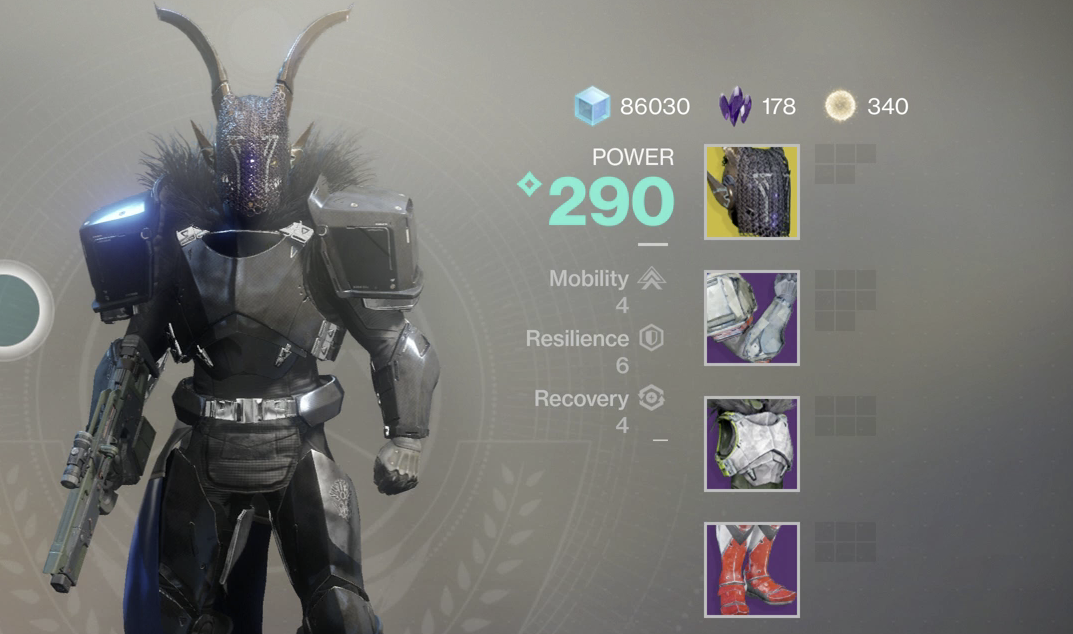 So you just picked up Destiny 2 and want to know how to power up for the raid as quickly as possible. Or maybe you’re stuck in the mid-200s and just don’t know what to do next. Don’t worry. We’re here to help.

This story originally appeared in September 2017, but we’ve republished it in lieu of Destiny 2‘s PC release this week.

First, a quick explanation. There are two different forms of progression in Destiny 2. The first, levels, are simple enough: You’ll go from 1 to 20 just by shooting aliens and completing the main story.

It’s the second form of progression, Power, that has the greatest impact on your character. Power (which you might also hear veteran Destiny players call “Light,” a remnant from game #1) is based on your equipment. The higher the numbers on your three weapons and your five main pieces of armour (helmet/gloves/chest/boots/class item), the higher your Power will be.

Your first step is to play through Destiny 2‘s main story without worrying about any of this. (For general tips, see this post.)

This is a trend that continues throughout the game, and there are different ways to take advantage of it. Some are more efficient than others.

The best way to get your Power up quickly is to think of the game in three separate phases:

Do whatever you want! During these early levels, you’ll consistently find blue items that boost your Power, no matter what you do. Because this guide is dedicated to levelling quickly and efficiently, I will say that going from planet to planet and grinding public events is the absolute fastest way to go. You’ll get gear and planetary tokens, which you should save for now.

That’s also the most boring route, so feel free to go do whatever.

One thing you should definitely do is complete the planet quest on all four locations (EDZ, Nessus, Titan, and Io). That’s the blue flag you’ll see on your map. These planet quests are solid, will give you good loot, and most importantly, will eventually lead you to exotic weapon quests that will appear as weapons in your inventory.

Hang onto those. You’ll also want to hang onto your milestones — the challenges you’ll see by holding L2 on the map screen — and anything else that rewards “Powerful” gear. Don’t turn that stuff in yet.

You should also most definitely join a clan, which will help you get all sorts of rewards over the course of gameplay.

What NOT to do: Turn in vendor tokens or Gunsmith materials, milestones, exotic weapon quests, Cayde’s treasure maps, Nightfalls, or anything else that drops “Powerful” gear. 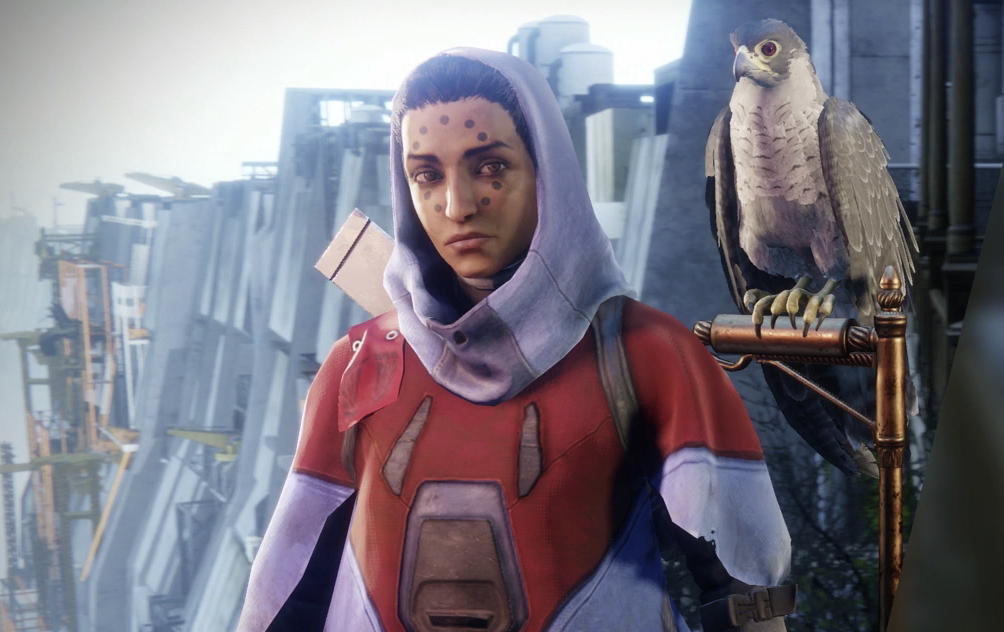 Welcome to the awkward tween years of Destiny 2 levelling. When you hit 260, you’ll stop making progress from blue gear, which is “soft-capped” at 260. (You’ll eventually find blue gear that goes higher than that, but it will then cap at 6 or 7 levels below your Power, so basically, blues aren’t going to help you raise your power level anymore.)

Now is the time to use all those vendor tokens you’ve been saving. Go to each vendor and give them everything you’ve got, and if you’re lucky, those friendly NPCs will reward you with enough purple engrams to take you from 260 to 265. (Vendor rewards are generally capped at 265.)

If that doesn’t work, go out into the world and do more stuff: public events, Lost Sectors, patrols, challenges, and anything else that will get you tokens. If you’re trying to level as quickly as possible, you’ll still want to hang onto those milestones and exotic quests until… 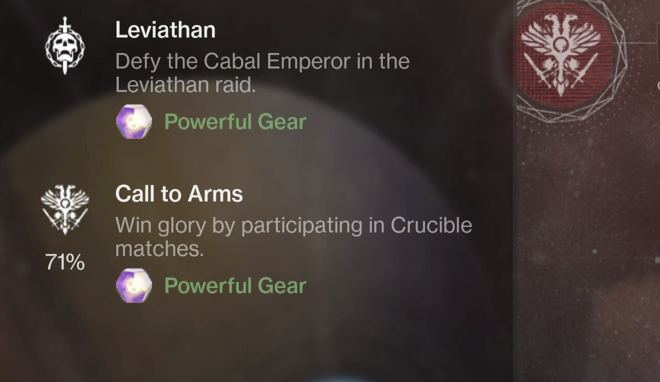 This is when you get to turn in all the sweet rewards you’ve been hoarding. Every “Powerful” reward can drop past 265, which makes those your best bets for getting past the vendor cap hump.

1) Milestones – these are the weekly challenges you can see by holding L2 on the map screen. They reset every Tuesday, and they will reward you with “Powerful” loot that goes past 265.

These rewards, like all the other loot in Destiny 2, will scale based on your current Power level, which is why you waited until 265 to get them — so they’re as high as possible when they drop.

2) Exotic weapons – You’ll get these at the end of each planetary quest, and they’re all multi-step journeys that ask you to do some silly, elaborate things. (The Rat King is particularly tough.)

They will also drop all the way up to 300 Power, so they’re great ways to boost your level.

3) Nightfall – this is a superpowered version of a Strike. It changes every week and is challenging, but very rewarding. Be warned: There’s no matchmaking, so you’ll need to bring a couple friends along to finish this one.

4) Raid – Destiny 2‘s first raid opened on Wednesday, and it’s a great place to snag purple engrams and guaranteed gear, although, like the Nightfall, you’ll need to bring a group of friends to pull it off.

5) Cayde’s treasure maps – You can buy these from Cayde and track down chests in the wild that have totally random drops. They will range from absolutely nothing to 265+ gear.

At this point, you’ll want to start thinking about infusing your gear once you find legendary or exotic weapons and armour that you really like. In short, this you to put a high-powered item into a less powerful item, changing the infused item’s Power level accordingly.

So if you have a 265 legendary chestpiece that you love to death, you can infuse a 280 chestpiece into your baby and watch its Power grow to 280.

You’ll also have to pay attention to mods, which can add +5 Power to an item’s base Power level. Read more about that system here. 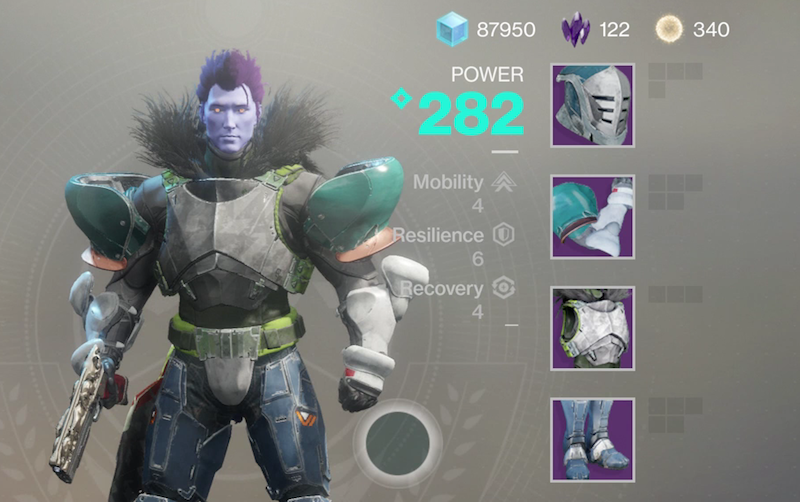 An Essential Tip For Destiny 2: Pay Attention To Mods

My Titan does not look happy about my fashion choices. For the most part, Destiny 2 makes it easier to level up than its predecessor did. If you're rushing to raise your Power level to prepare for next week's raid, however, you'll want to understand how legendary mods can help you climb faster.

And that’s about it. Follow these tips and it won’t take too long before you’re ready for the raid, where Destiny 2 really shines. When you get there, just remember this important piece of advice: don’t die.