The Bluffer’s Guide To The AFL Grand Final

This Saturday is the biggest day on the Australian sport calendar. No, it’s not The Melbourne Cup – yes, that race stops a nation, but only for a couple of minutes – and no, it’s not State of Origin – only two states care about that. What about the Ashes? Stop it.

This Saturday is all about the AFL Grand Final. Here’s everything you need to know about Australia’s premier sporting event.

So we’ve already written the guide the Finals series, but that’s old news now! We’re at the Big Dance! The Grand Final! The Premiership Game!

There’s a lot of names for it, I guess, and as the fever sweeps the nation you’re going to be caught in the middle of it whether you’re a fan or not. Particularly if you’re in SA or Victoria, it’s going to be inescapable. You’ll be forced to pick a side. People will scream their team names at you in the street, in the lift to work and while you wait in line for coffee.

The best bet is to read up, quickly, on everything you need to know.

That’s why this guide exists.

The Bluffer’s Guide To The AFL Finals

Australia’s national game, Australian Rules Football, features 22 men on two opposing teams trying to kick an oval ball through the middle of some large, vertical sticks. Over the past 23 weeks, the 18 teams of the Australian Football League (AFL) have tackled, kicked and jumper-punched each other to oblivion, leaving only eight teams to compete for the Premiership Cup.</p><p>Tonight, the Finals begin. And even if you hate football, you can’t avoid the conversations.

The two teams are pretty evenly matched now, at the pointy end of the season, but the only other time they played this year, way back in Round 6, the Crows thumped the Tigers by 76 points. That’s more than 12 goals, if you do the math.

The Crows are sometimes known as ‘The Crowies’, ‘The Pride of South Australia’ or ‘The Crowboys’ and are characterised by their infinitely-hashtaggable slogan #weflyasone. Sometimes they are referred to as ‘The Fruit Tingles’ because their guernseys feature red, yellow and blue stripes.

The Richmond Tigers also go by the names the ‘Tiges’ and their fans are known as the ‘Yellow and Black Army’ because that is the colours that they wear on their guernsey. AFL fans are exceptionally creative.

Where Is The AFL Grand Final? 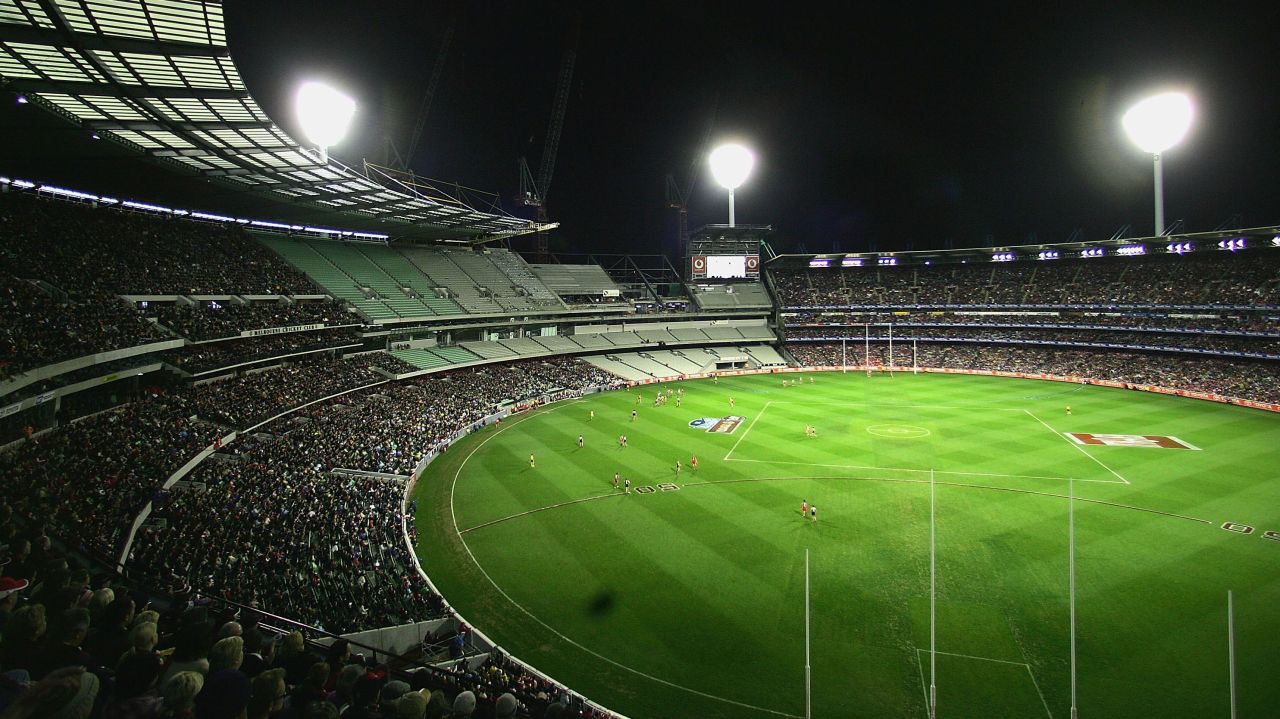 As is the case every year, the AFL Grand Final is held at the Melbourne Cricket Ground (MCG), which has a capacity of 100,024 and is located in East Melbourne, Victoria.

When Is The AFL Grand Final?

The AFL Grand Final begins at 2:30pm AEST on Saturday, September 30 and is complete by 5:15pm AEST. It is broadcast on Channel 7 from 2pm AEST right around the country.

If you are going to the game, the MCG gates open at 8am and the general public gates are open at 9:30am. The curtain-raiser is the NAB AFL All Stars Under-18s game, which begins at 10am.

For international viewers, here are the times you need to be aware of:

I’m glad you asked. There are definitely lots of great sports stories here.

The two teams that are facing off haven’t tasted premiership success for at least 19 years. The Adelaide Crows won their second premiership in 1998, under the tutelage of ‘The Messiah’ Malcolm Blight. That was the last time they made it to the Grand Final. The Richmond Tigers haven’t won the premiership since 1980 but currently sit on 10 total. The last time they played was 1982, when they lost to the Carlton Blues.

All year the Adelaide Crows have been a huge offensive threat, averaging 16.1 goals a game, because of the prowess of the magic Eddie Betts, the long-range bombs of Captain Taylor ‘Tex’ Walker and the out-the-back brilliance of Josh ‘The Goose’ Jenkins. However, Richmond have a lauded defensive setup spearheaded by All-Australian Captain Alex Rance. He is regarded as one of the best defenders in the game. Their ‘mosquito fleet’ of forwards are also known for their exceptional pressure and are ready to pounce on any loose ball that falls their way.

The Adelaide Crows have been described as ‘resilient’. In 2014, Strategy and Innovation Coach Dean Bailey sadly passed away after a short battle with lung cancer. In 2015, after only 12 games as Head Coach, Phil Walsh was tragically stabbed by his son, Cy, and found dead at his home in Adelaide. Resilient is undervaluing the strength of this mob. Walsh’s famous motto was ‘get the job done’ and that’s what the Crows will be looking to do this weekend under current Head Coach Don Pyke.

The players to look out for? Taylor Walker, Rory Sloane and Sam ‘Big Sauce’ Jacobs. Separate to that, the Super Crouch Brothers, Matt and Brad, play an important role in Adelaide’s midfield. But the Crows are a well-rounded squad with role players all across the ground. Once they get going, they’re hard to slow down.

Richmond’s story is slightly different. For years, AFL supporters have chuckled over their performances – typically resulting in them finishing ninth on the ladder – and downright laughed at their poor Finals performances. They became a bit of a running joke and it almost resulted in their Head Coach, Damien Hardwick, being fired at the end of last year. But they stuck with him and through a couple of great recruiting moves have found themselves in the Grand Final.

They also have 2017’s Best Player, winner of the Brownlow medal, Dustin Martin. His haircut is terrible, but his footy skills are impeccable.

An amazing fact: no player in the two competing teams has ever played in a Grand Final before. This is the first time that has happened since the Very First Grand Final in 1898.

How Can I Get Tickets?

Unfortunately, the AFL Grand Final is one of the hardest events to get tickets to. With only 34,000 tickets available to the competing club members (split 50/50), the rest of the tickets are usually taken up. The general public doesn’t get access at all. But if you are still in the hunt for some, you should check out this article here, which details a few different ways you might be able to get into the MCG on the day.

How To Get Tickets To The AFL Grand Final

This weekend, Saturday September 30, sees the Adelaide Crows take on the Richmond Tigers in the AFL Grand Final. If you’re a rabid fan who has followed either of those teams for 26 weeks, then you definitely want to be there at ‘The Big Dance’. But there’s only 34,000 tickets for club members and the Crows and Richmond have a combined membership well over 100,000.</p><p>How can you get tickets?

What Other Festivities Are Taking Place? 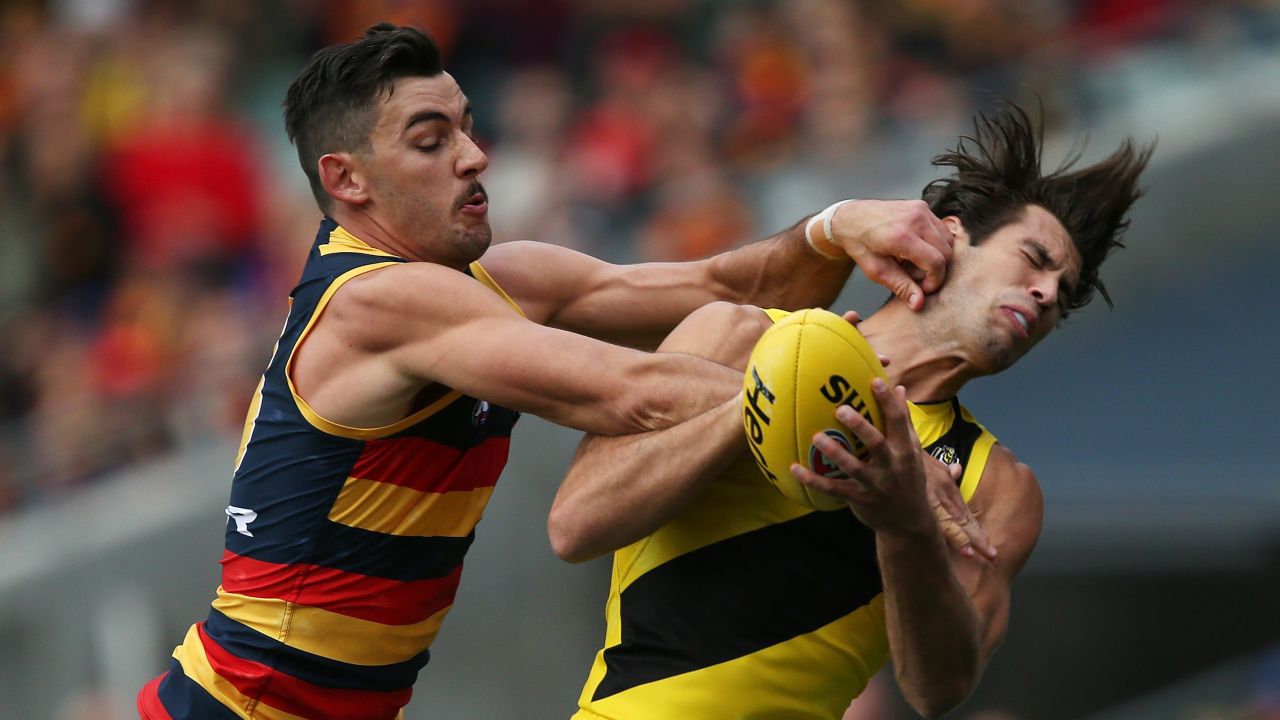 From 1:30pm onwards, the pre-game festivities begin, with an opening Welcome to Country by Uncle Bill Nicholson.

Las Vegas band The Killers, who you will know as the guys behind the excellent, never-overplayed classic ‘Mr Brightside’ and who Guitar Hero fans will know because of ‘When You Were Young’. Somehow, even with all the big name stars over the years (Ed Sheeran, Tom Jones, Bryan Adams to name a few) the pre-game show always falls flat. It’s as exciting to find out the winner of the Grand Final as it is to see how bad the pre-game performances are.

Of course, the National Anthem will also take place before the game begins, sung by Dami Im, who you will remember was robbed of Eurovision glory in 2016.

What Should I Do Grand Final Day?

There are plenty of pre-game festivities to look out for too. If you’re in Melbourne, you can head down to Federation Square to soak it all in or you can head straight to the MCG where the Foxtel Footy Festival is located and mingle with a few Foxtel personalities and get the kids involved in their Kids Zone. There’s plenty of open parkland there to kick the footy around, if that’s what you feel like doing.

Okay, I’m kidding about that last one.

Which Team Has A Better Club Song?

Richmond. They have the best club song in the league.

The song is currently charting on iTunes Australia’s Top 50.

Which Team Do You Think Will Win?

I feel like the huge crowd, an expected 100,000, will mostly be in Richmond’s favour. Adelaide Crows fans are applauded for ‘how well they travel’ – they routinely see big numbers at games outside of Adelaide – but I can’t see it being split down the middle. That crowd advantage is a big deal, because the Tigers are riding a huge wave of momentum that looks ready to crash into the side of the MCG and spill out onto the field.

If the Tigers start well, real well, they’re every chance of winning. But if they let the Crows get a good head start, I have a feeling they’ll be hard to catch. Basically, whoever controls the game early will have a real good chance of running away with it. Then there’s the possibility that the Crows get their running game going and that’ll spell trouble for the Tigers.

If you look at the stats over the year, then they’re heavily in favour of the Crows. Many commentators are saying it’s their Grand Final to lose. But there are no guarantees in sport, especially in Grand Finals.

My tip: When that ball is bounced at 230pm Saturday, there’ll be a thunderclap of noise that explodes out of the ‘G.

Read more
” excerpt=”In this weeks AFL Grand Final, a traditional Victorian team – the Richmond Tigers – will take on a plucky interstate team – the Adelaide Crows. But up until 1990, the AFL wasn’t even known as the AFL – it was the Victorian Football League. With the expansion into New South Wales in 1982 and then Queensland, Western Australia and South Australia, the AFL was born. This infographic shows just how big the sport has become.”]

If you’re a Crowies fan, get around my twitter account, let me know where you’ll be on Grand Final day and let’s get the boys home!