How to Tell if You’re Buying the New Xbox

How to Get SMS Text Messages Across All Your Apple Devices

Vitamins Are Still Mostly Useless, Even If They’re Personalised

Use These Sites for Real-Time COVID Travel Restrictions

The Must-Read Science Fiction And Fantasy Books Arriving In July 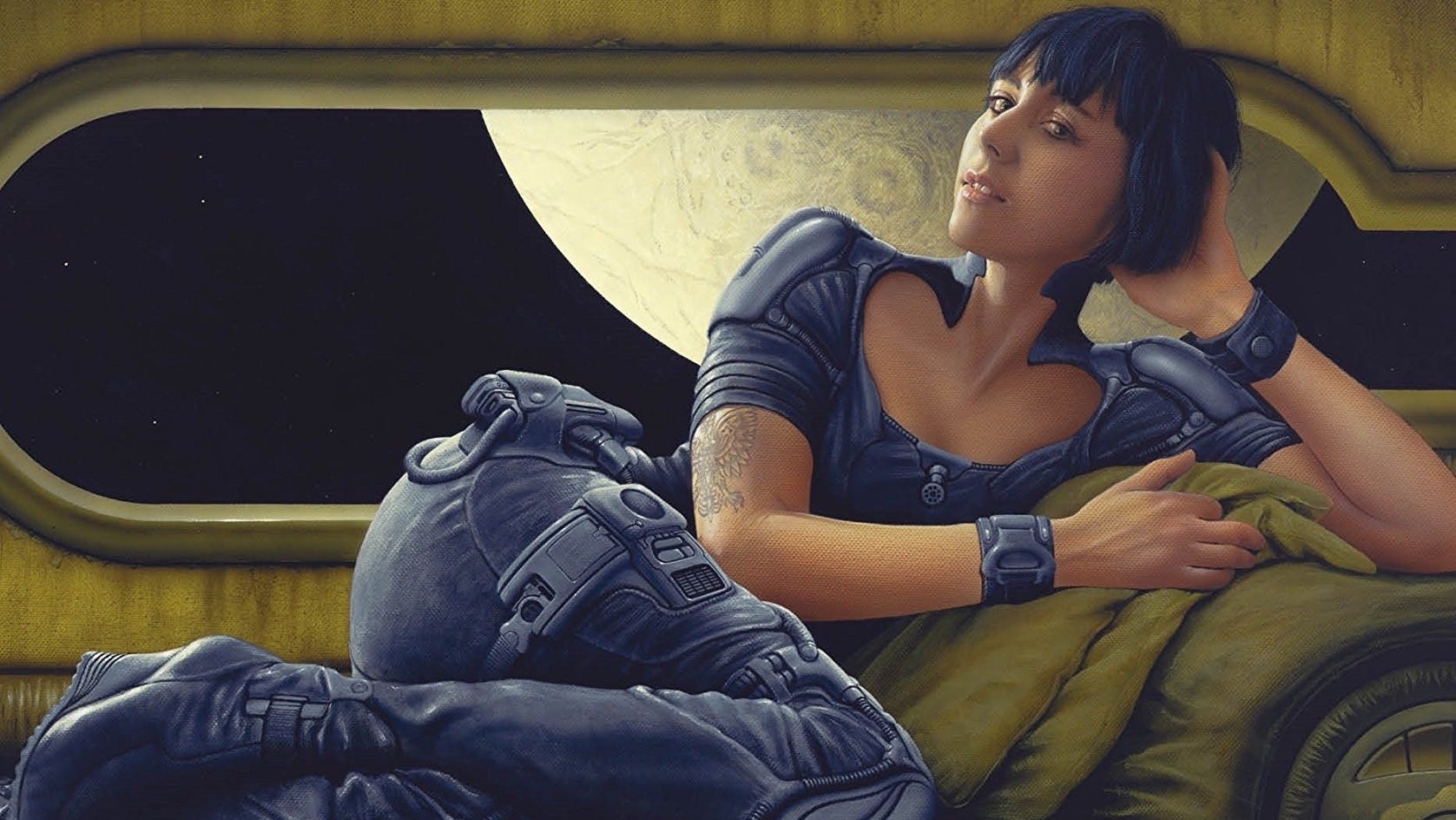 We’re well into winter now, but there’s still plenty of time to add a book or eight to your reading list. And you’ll want to, after checking out all the amazing-sounding science fiction and fantasy titles coming in July — including several short story collections and the authorial debut of actor Wesley Snipes.


Detail from the cover for The Year’s Best Science Fiction: 34th Annual Collection

Acclaimed author Atwood (The Handmaid’s Tale) wraps up her first graphic novel trilogy by bringing her superhero saga to a close — but not before a massive battle ensues between the world’s rats and half-cats. (July 4) 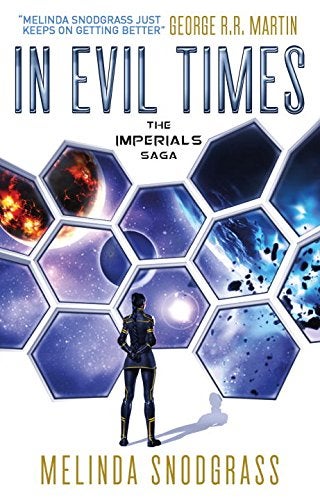 In Evil Times by Melinda Snodgrass

The author follows The High Ground with the continuing adventures of newly-graduated Orden de la Estrella officers Tracy and Mercedes, who are stationed on far-flung battleships but face similar struggles keeping the peace between humans and aliens. (July 4) 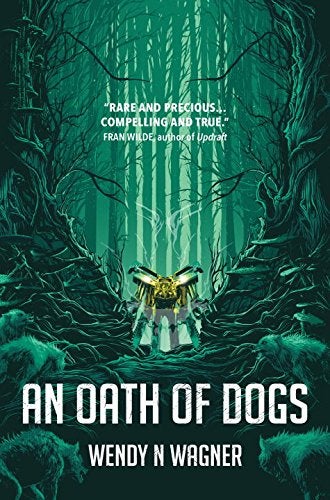 An Oath of Dogs by Wendy N. Wagner

A woman starts a new job just before her boss is murdered, and she can’t shake the feeling her new company is behind the crime. Making matters even more unsettling, this all takes place on a strange planet where a long-ago disaster has morphed into a corporate cover-up that’s just waiting to be discovered. (July 4) 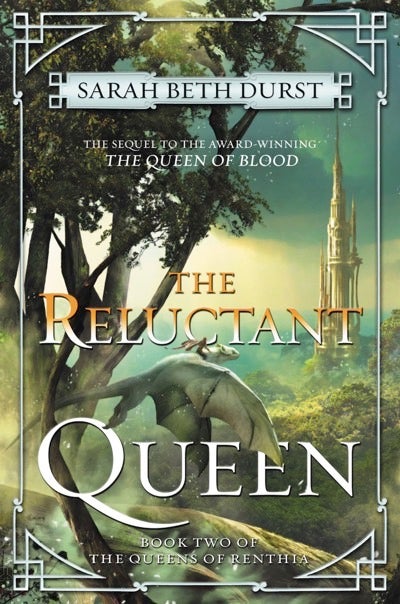 The benevolent Queen of Renthia is dying and she must find a worthy successor before it’s too late. Unfortunately, the magically-inclined young mother who seems the best candidate is not interested in the job — until she realises what’s truly at stake. (July 4) 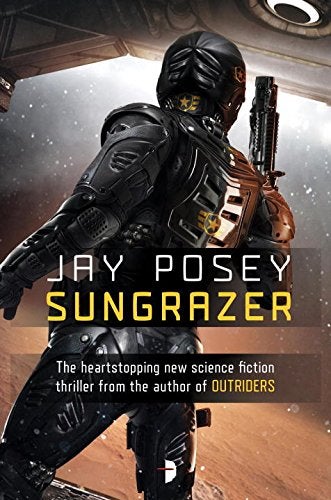 In Posey’s sequel to Outriders, Earth and Mars are locked in a tense Cold War, with terrifying weapons poised for deployment on both sides. An elite team stands by to track down any that go missing — but their latest search mission, which aligns them with a Martian intelligence officer who might not be exactly trustworthy, is their most dangerous yet. (July 4) 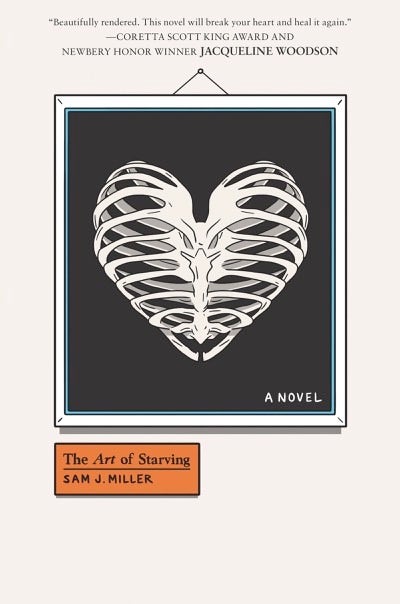 The Art of Starving by Sam J. Miller

In this debut novel, a young man discovers that when he doesn’t eat, he develops mysterious powers, such as mind-reading — and, hunger be damned, he’s determined to use those powers to find out what happened to his missing sister. (July 11) 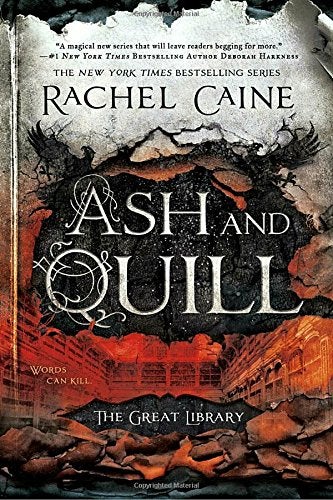 Ash and Quill by Rachel Caine

The author continues her Great Library series by bringing together the characters from Ink and Bone and Paper and Fire, who must fight to save the Great Library of Alexandria — a powerful and savage place whose greatest enemy is itself. (July 11) 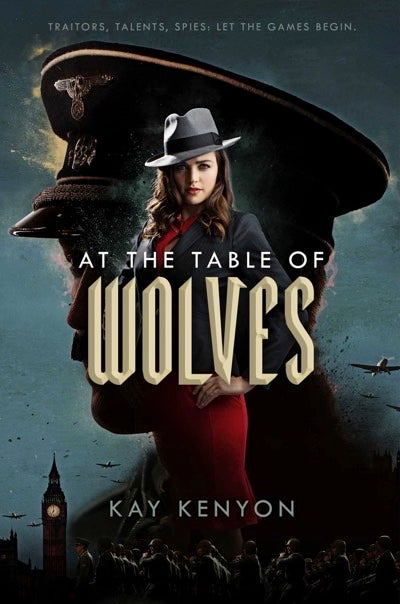 At the Table of Wolves by Kay Kenyon

This is billed as “Tinker Taylor Soldier Spy meets X-Men“, which definitely sounds intriguing. It’s set in 1936 and is about a super-powered woman who goes undercover in Nazi Germany to protect England from invasion. (July 11) 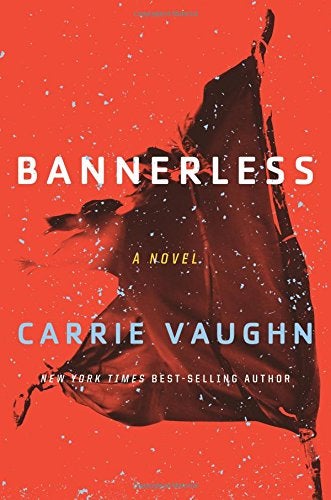 In a dystopian future where birth control is mandatory and having children is a privilege that must be earned, a rookie investigator is tasked with getting to the bottom of a mysterious death — which she suspects is actually a murder tied to a far-reaching conspiracy. (July 11) 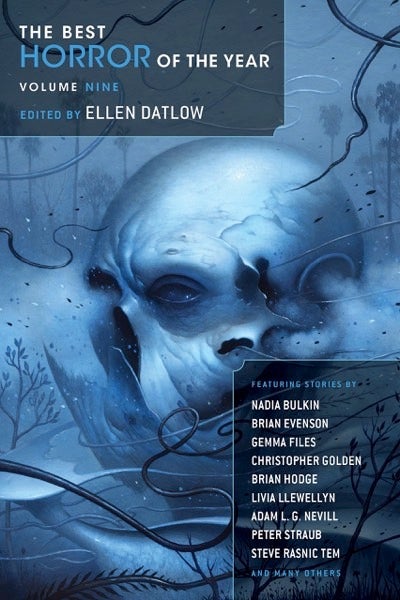 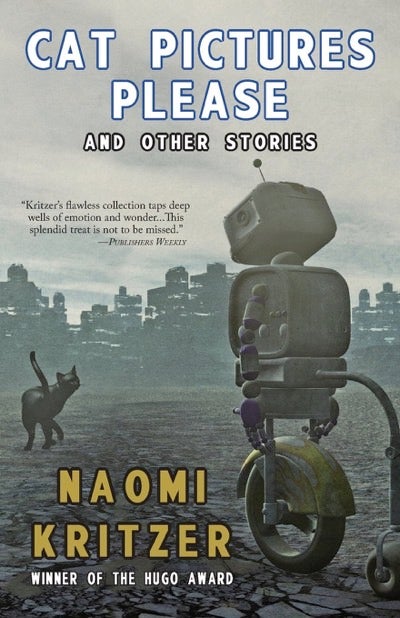 Cat Pictures Please and Other Stories by Naomi Kritzer 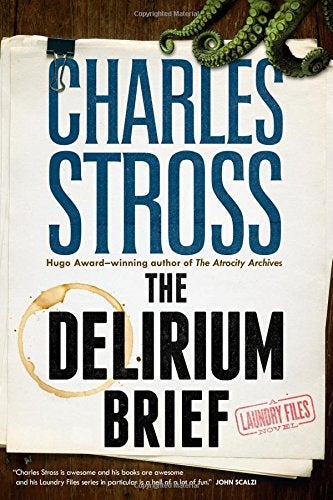 The Delirium Brief by Charles Stross

Stross’ eighth in his Laundry Files follows Bob Howard, an operative in a top-secret British government agency that protects the world from supernatural and alien terrors. Well, make that formerly top secret — and with sudden publicity comes a whole new rash of horrors for Bob and his colleagues, as well as England as a whole. Read the whole first chapter here. (July 11) 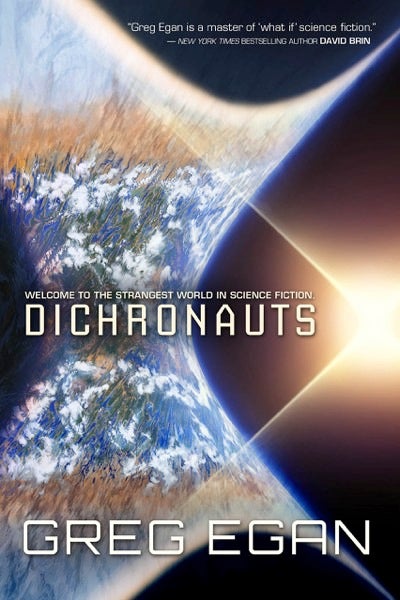 In a world where a constantly-shifting habitable zone means cities must be constantly re-mapped, a surveyor (whose best friend is the leech-like creature that lives in his brain and helps him navigate) makes an alarming discovery at the edge of civilisation. (July 11) 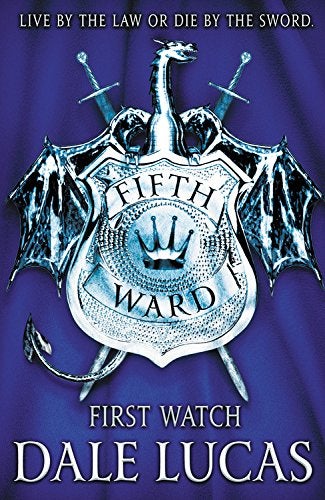 This is a classic buddy-cop tale about reluctant partners thrown together to investigate a missing person. Classic, except one’s a human and one’s a dwarf, and their suspects and sources run the magical gamut from shady mages to drug-pushing orcs. (July 11) 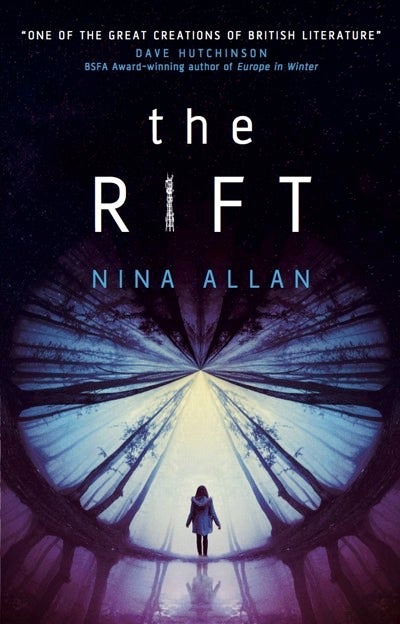 The Rift by Nina Allan

A woman goes missing as a teen and returns 20 years later, claiming she’s spent the intervening time on another planet. Her sister is thrilled with her sudden return — but is understandably unsure about whether or not she should believe those tales of intergalactic travel. (July 11) 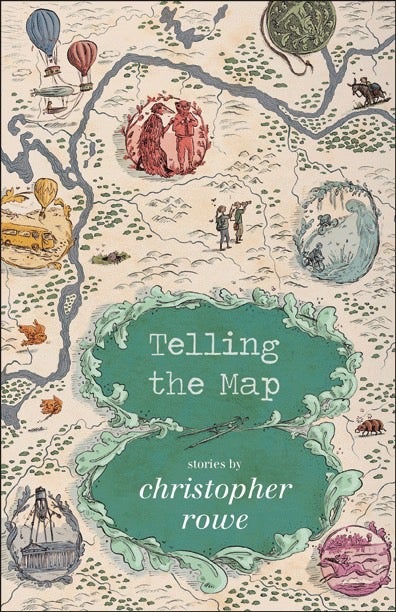 Ten tales from the speculative fiction author, including a brand-new novella that serves as a prequel to his Hugo- and Nebula-nominated story “The Voluntary State”. (July 11) 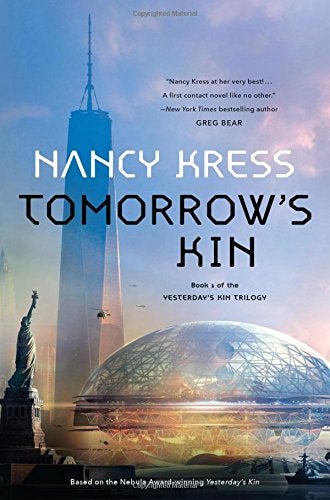 This first book in a hard science fiction trilogy based on Kress’ Nebula-winning Yesterday’s Kin imagines that mysterious aliens have taken up residence in New York City — ahead of a looming disaster that Earth’s scientists must scramble to prevent. (July 11) 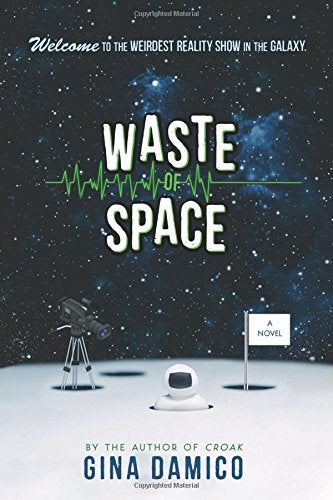 Waste of Space by Gina Damico

Imagine The Real World — in space. At least, that’s what the on-camera talent believes, but instead, the kids are actually on an elaborate soundstage. The deception makes for a ratings hit, but things get weird when the cast is further tricked into believing they have suddenly lost all communications with Earth. (July 11) 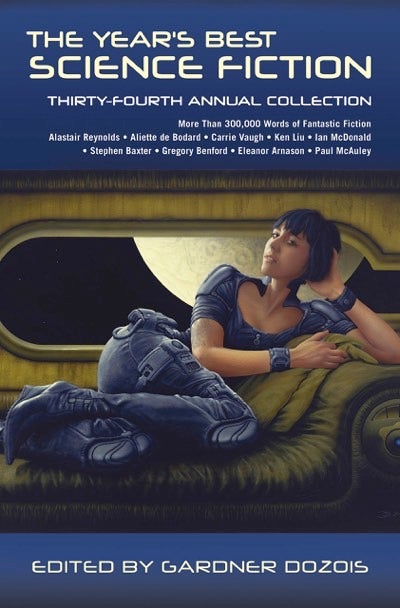 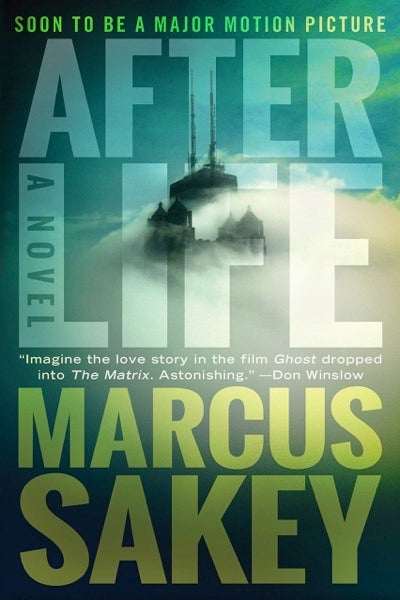 In this dystopian romance, a pair of FBI agents investigating a Chicago terrorist attack fall in love — a circumstance complicated by the fact that one is dead and one is still alive. (July 11) 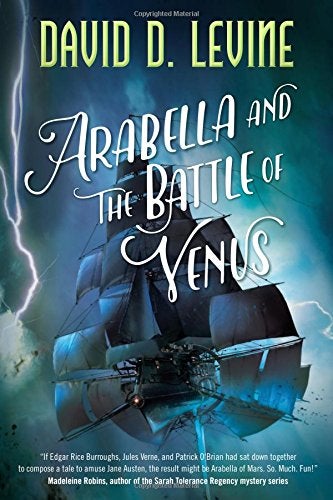 Arabella and the Battle of Venus by David D. Levine

Hugo-winning author Levine brings back his adventurous interstellar heroine for another steampunky adventure. This time, she has to sneak her way to Venus to rescue her kidnapped fiancé — and stop a mad general from creating a deadly weapon that could take over the galaxy. (July 18) 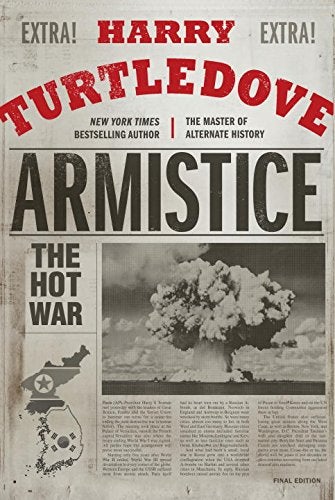 The author wraps up his alternate history trilogy with this tale set in a decimated America, circa 1952 — smack-dab in the middle of a Cold War that’s potentially even more devastating than World War II. (July 18) 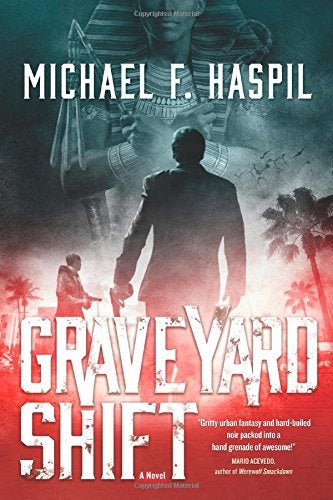 Imagine Miami Vice — if the cops were a mummy and a vampire, and the sleazy crimes were all supernatural. Of utmost urgency: Who’s distributing all that poisoned artificial blood and making the city’s civilised vamps go crazy? (July 18) 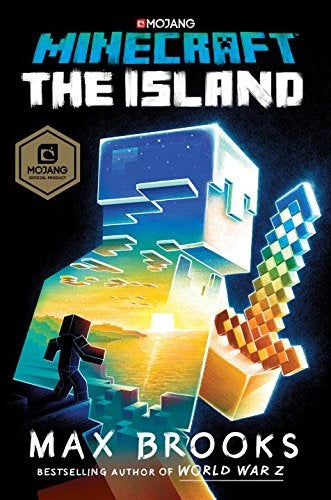 Minecraft: The Island by Max Brooks

The author of World War Z is now the author of the first official Minecraft novel, described as being a survival tale in the vein of Robinson Crusoe. (July 18) 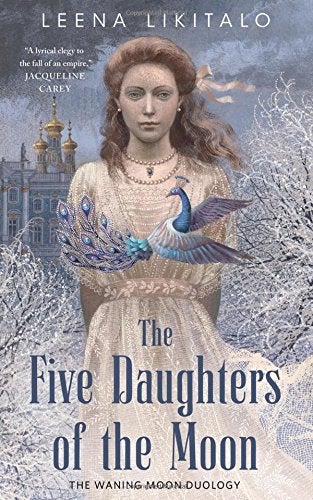 The Five Daughters of the Moon by Leena Likitalo

Technology meets sinister magic (in the form of a machine fuelled by human souls) in this historical fantasy inspired by the lives of the young Romanov sisters shortly before the Russian revolution. (July 25) 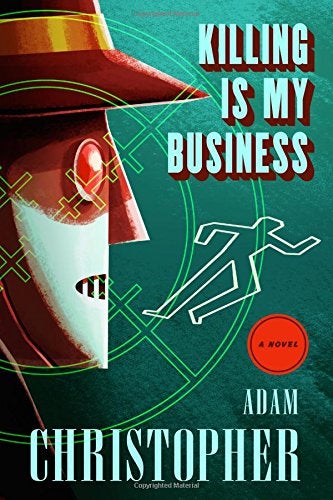 Killing Is My Business by Adam Christopher

Raymond Electromatic — a Los Angeles PI-turned-hitman who also just happens to be a robot — takes on another killer case in Christopher’s ongoing noir series. (July 25) 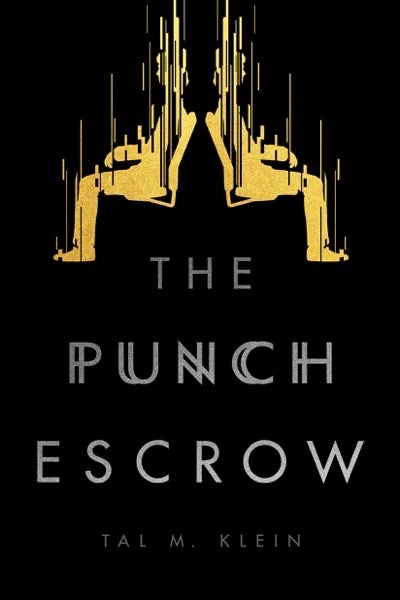 In the year 2147, teleportation is as easy as taking the bus. Unless, as one average schmo discovers one fateful day, you’re accidentally duplicated while getting from point A to point B — and must suddenly go on the run with a target on your back. (July 25) 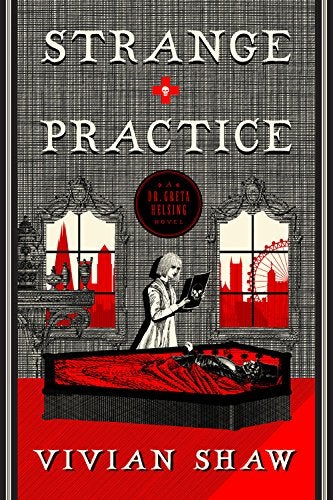 Dr Greta Helsing, doctor to the undead, tends to her unusual patients (ghosts, mummies and so on) while uncovering a murder mystery that threatens both London’s living and undead populations. (July 25) 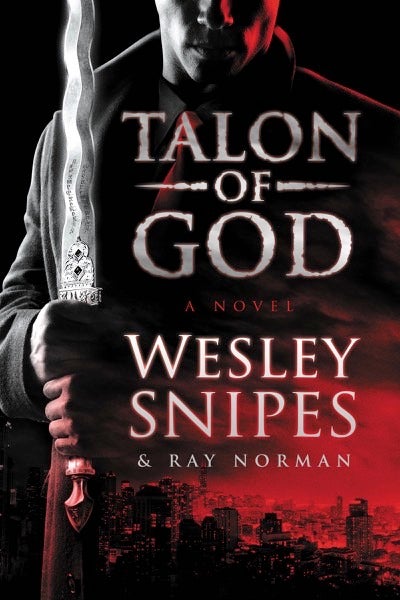 Talon of God by Wesley Snipes and Ray Norman 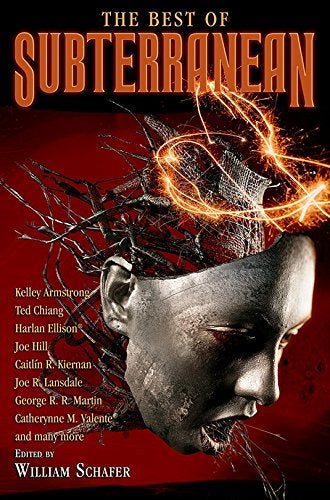 The Best of Subterranean edited by William Schafer