How To Tell If Your Plant Is Dead Or Just Dormant

Some people are less active in winter and so are some plants. They go dormant in extreme weather, such as freezing temperatures, then come out when conditions are better for them to grow. While dormant, a plant’s leaves fall off and it might look dead. There’s a good chance it isn’t, though. 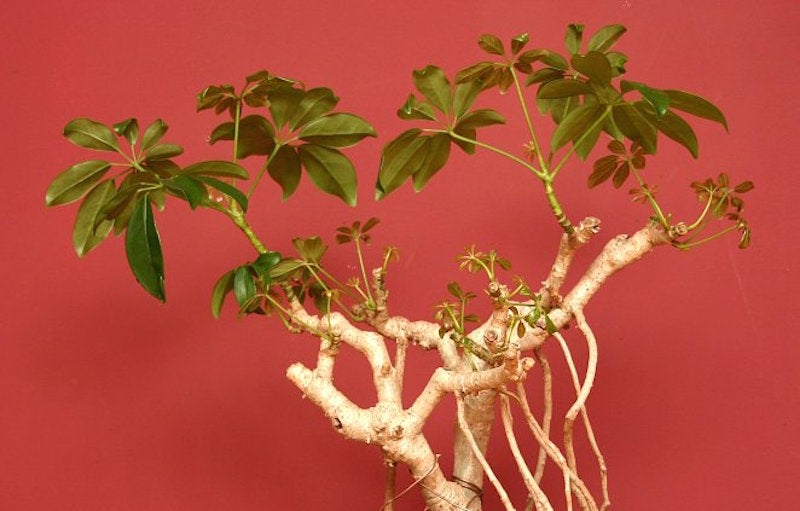 Outdoor plants obviously go through some changes with the weather, but your indoor plants can go dormant, too. Some plants will actually predict bad weather conditions (typically triggered by a temperature drop or hike). This is aptly called predictive dormancy. There’s also consequential dormancy, when a plant goes dormant after adverse conditions arise. In fact, many plants need this dormant period to survive. Gardening site Evergreen Garden Works explains:

Species that have well developed dormancy needs cannot be tricked out of them. If you attempt to give a such as species, for instance Japanese maple, Acer palmatum, an eternal summer by bringing it in the house, it will grow continuously for as long as two years. After a maximum period of sustained growth, a temperate climate plant will automatically go dormant no matter what the season or condition. Deciduous plants will lose their leaves, evergreens will curtail all new growth.

It isn’t just weather, though. Both outdoor and indoor plants can go dormant when they’re stressed. If the plant is bone dry, for example, it might drop its leaves and go dormant to conserve any water it has left in it. It looks like it’s dying, but it’s basically a defence mechanism to keep itself alive. As StupidGardenPlants.com puts it, a mistreated plant might just be waiting for more suitable growing conditions.

Whether it’s stress or winter weather, plants tend to exhibit these same simple traits when they go dormant: They wilt, start dropping leaves and look dead.

To check if your plant is dead or just dormant, Oklahoma State University suggests what they call the Snap-Scratch Test:

Start by selecting the tip of a twig the size of a pencil. Grasp the twig and bend it sharply back on itself. A living limb will bend easily and eventually the stem will split showing moist wood within. A dead limb will snap cleanly with very little pressure and appear dry within. The scratch test is another common method. Use a knife or fingernail to scratch the bark on a young twig.

If the tree is alive, it will be green under the bark and slightly damp to the touch. A dead limb, on the other hand, will be brown and hard to scrape in the first place.

If you do see brown, work your way down the plant stem, too. Try the scratch test with a lower twig or lower down the stem. The plant may show signs of life as you near the roots. If it does, cut off the dead stems 2.5 to 5cm above the growth.

Despite looking dead above the soil line, a dormant plant will have healthy roots. If the snap and scratch test proves inconclusive, you could actually remove the plant from the pot and check to see if the roots look alive and healthy or if they’re completely rotten or shrivelled up.

Some of the roots might be dead while others, including the primary root, are still alive, though. You can see this for yourself with a dormant bonsai in the video above. To help the plant optimise its resources so that it can come back when the weather warms up, you could trim back the dead roots. Just make sure to keep the primary root intact, along with any other healthy roots.

What to Do With a Dormant Plant

Your plant might be dormant, but that doesn’t mean it’s completely hands-off. It doesn’t need any light while it’s dormant, according to horticulturist and plant writer George Weigel. It does, however, still need the occasional watering: Once a month (if that) should be enough. Easy enough, but people often over-water their plants around this time of year, which could kill it. Heating your home tends to kill any humidity in the air, causing the soil to dry, which makes people think their plants need to be watered more often. “Consequently, houseplants are in greater danger of being over watered during the winter,” Get Busy Gardening explains.

To remedy this, check the soil with your finger. If the soil feels moist 2.5cm down, it doesn’t need to be watered.

A plant’s dormancy is a natural part of its growing cycle. Aside from waiting out the weather, there’s not much you can do for them. They will go dormant, but once the weather warms, you’ll see new signs of life. In the meantime, however, you can trim back any bare stems to make room for new growth. See how it’s done with the orchids in the video above.

Plants are tricky and it can be tough to keep them alive. Before you assume you’ve killed another plant, make sure it isn’t dormant. It may just be waiting out warmer weather.