Most Of Us Don’t Need A Fitness Tracker 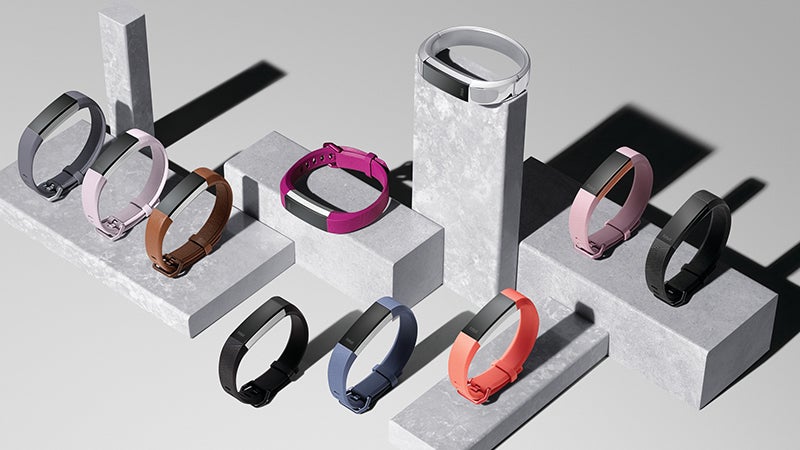 Fitness trackers aren’t what they used to be. The fad gadget you strap to your wrist has seen a precipitous fall in the last year. help most of us lose weight.

Which means if you’re desperate to track sleep or steps or how many calories you consume you might be better off sticking to your phone. If you’ve taken a dive into your phone’s fitness apps lately, you’ll have noticed it can track your steps, your runs, and even your sleep without any help. So really, what’s the point of buying yourself a separate wearable?

Maybe your phone is enough tracker

All contemporary smartphones come packed with sensors, which help it sort out where you are on a map, what orientation you’re holding the phone in, and so on.

It turns out these tiny components can do a lot of fitness tracking, too. Both Google Fit and Apple Health, depending on your choice of OS, are capable of keeping tabs on the steps you’ve taken, the distance you’ve covered, and the calories you’ve burned as you make your way about your day. 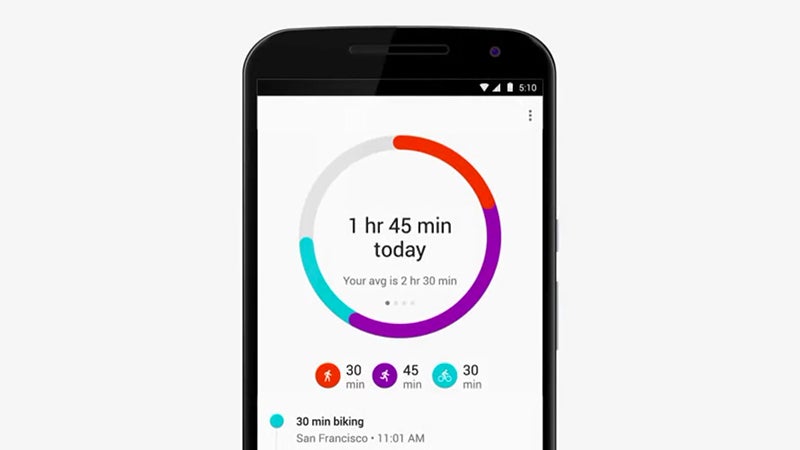 Google Fit is the more fitness focused of the two platforms, as its name suggests. Try adding an activity and you get a hundred to choose from, including everything from water polo to backcountry skiing. A lot of these activities can only be tracked in a very loose way, but the options to record them are there.

Apple Health gives a more rounded picture of your health, and while it doesn’t have quite as many activity categories as its Google counterpart, it goes into more detail and depth. For example, it includes the option of tracking caffeine intake and glucose levels. 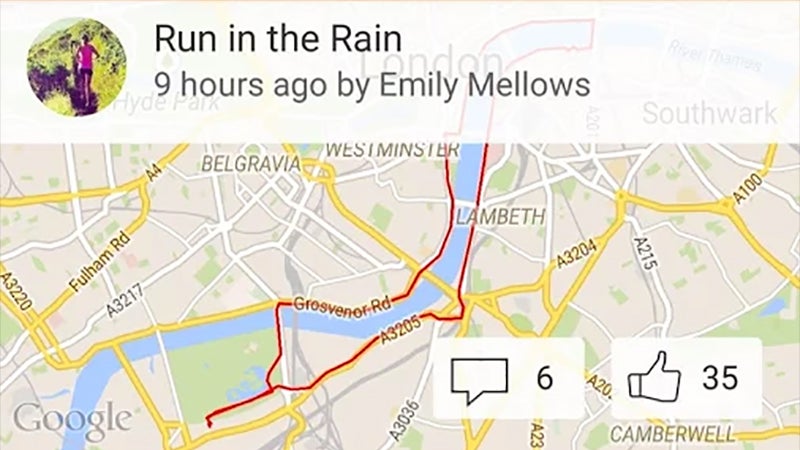 What apps do you need to turn you phone into a tracker?

You don’t necessarily need another device to keep tabs on a lot of these extra measurements, but you do need extra apps.

There’s a pile of apps, from Strava to Runkeeper, that can measure walks, runs, and bike rides using only your mobile phone, and in a lot more depth than your phone’s own software can. (Both Strava and Runkeeper can share data with either Google Fit or Apple Health if necessary.) 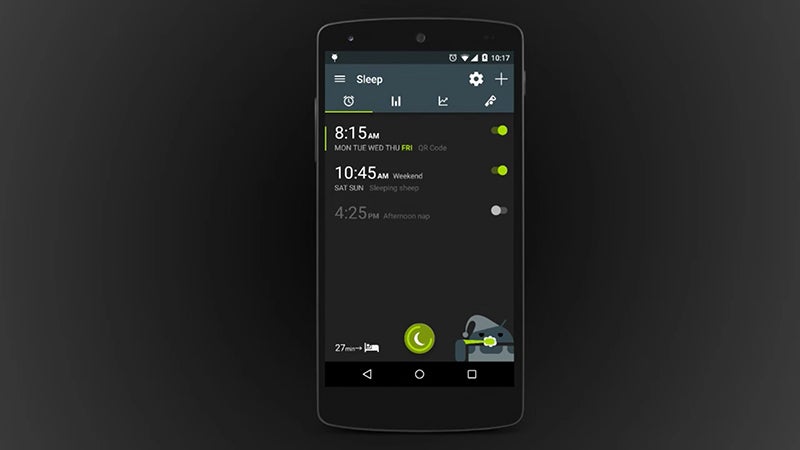 And an app such as Instant Heart Rate Monitor (for iOS or Android) can measure your heart rate using the technology built into your phone’s camera. It might not be as accurate or as comprehensive as using a device strapped to your wrist or your chest, but it can add new depths to your health tracking, and the apps come with plenty of useful options for analysis and assessment.

Apps can use your phone’s sensors to figure out just how much quality shuteye you’re getting as well. Sleep as Android can judge how restful for night has been for Android, while Sleep Cycle is one of the best options for iPhones or iPads.

That’s a lot of data you can keep on top of using nothing but your phone and a well-chosen app or two, though admittedly, there’s more manual input involved if you want to go beyond the basics of step counts and sleep times, and it will definitely drain your phone’s battery a little faster. Yet, as your phone is usually always with you, you may not need that separate tracker. 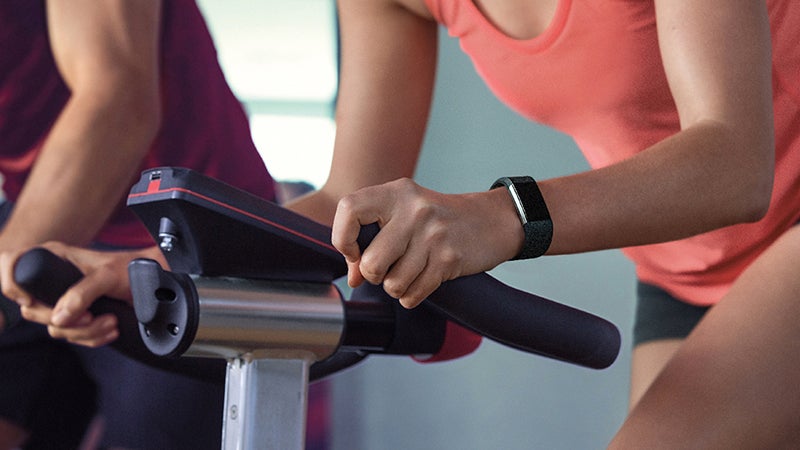 If you do decide to pay extra for a dedicated fitness tracker, the first benefit you get is portability: you don’t have to lug a 15cm phone around on your morning jog, because a snug wristband or a tracker clipped to your pocket is doing all the tracking for you. With many smartwatches now including GPS, you can track your location too.

Smartphones might feel like extensions of our natural bodies these days, but for some high-intensity activities you really don’t want to take your phone with you. From running around on a soccer pitch to doing laps of the pool, the more advanced your fitness activity, the more a dedicated tracker starts to make sense. 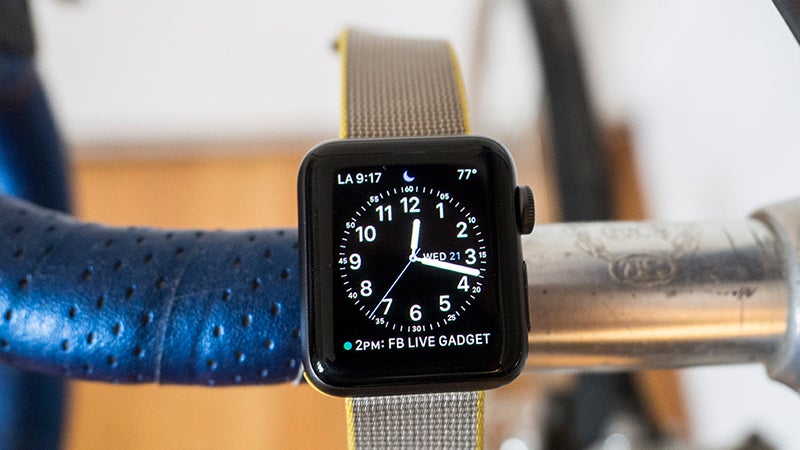 And by fitness tracker we also mean smartwatch with advanced fitness tracking capabilities — being able to glance at your wrist as you hit the home straight of a 5K run is much more convenient than trying to fish your phone our of your pocket.

The latest fitness trackers also bring more sensors and more accurate sensors to the table: whether it’s the continuous heart rate tracking of the Apple Watch or the altimeter, barometer, and compass built into the Garmin Fenix 3, you can usually expand on the monitoring capabilities of your phone with a dedicated wearable. 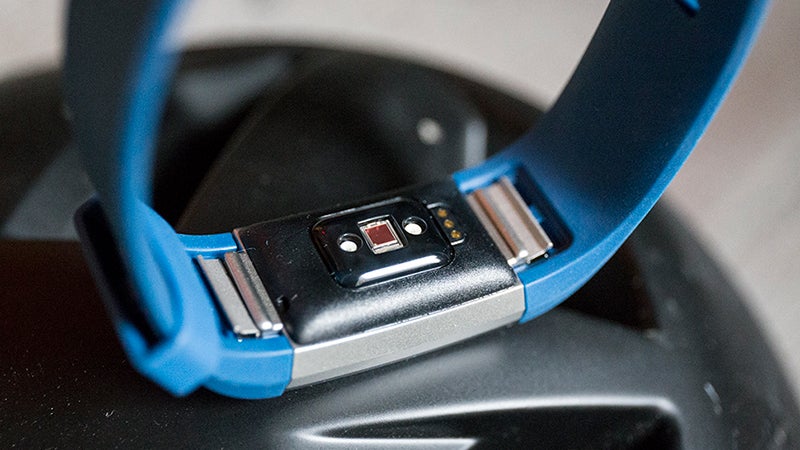 That often translates into less time spent manually inputting data — if there’s one sticking point likely to interfere with your fitness tracking goals, it’s having to enter data manually. It’s a job that just never gets done, or doesn’t get done often enough, and you don’t have to worry about it if you’re wearing a device that knows the difference between a gym session and a jog without being told.

Of course there are a wide range of fitness trackers out there, some of which do a better job than others at keeping tabs on what you’re doing, but generally speaking you get more automation and more detail with an extra device to help your phone along. 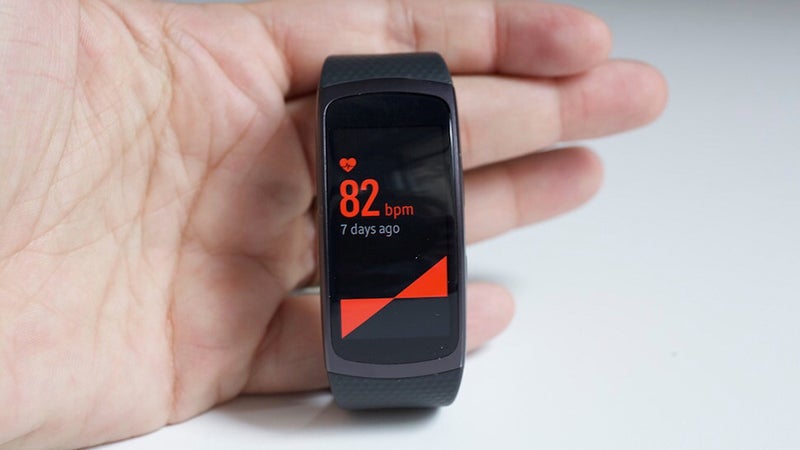 And all that’s before you get to the app and software that comes with your tracker, which you may well prefer to the built-in offerings from Apple and Google — Fitbit’s bundled app is particularly handy and gives you a detailed breakdown of your stats on the web as well as on your phone.

The big downside to a fitness tracker? It’s another gadget you’ll need to be charging every day (or week), and the majority of trackers are big ugly rubber bands. Those are nearly as aesthetically pleasing as a smartphone in your back pocket.