Fix Almost Any Computer Glitch By Yourself 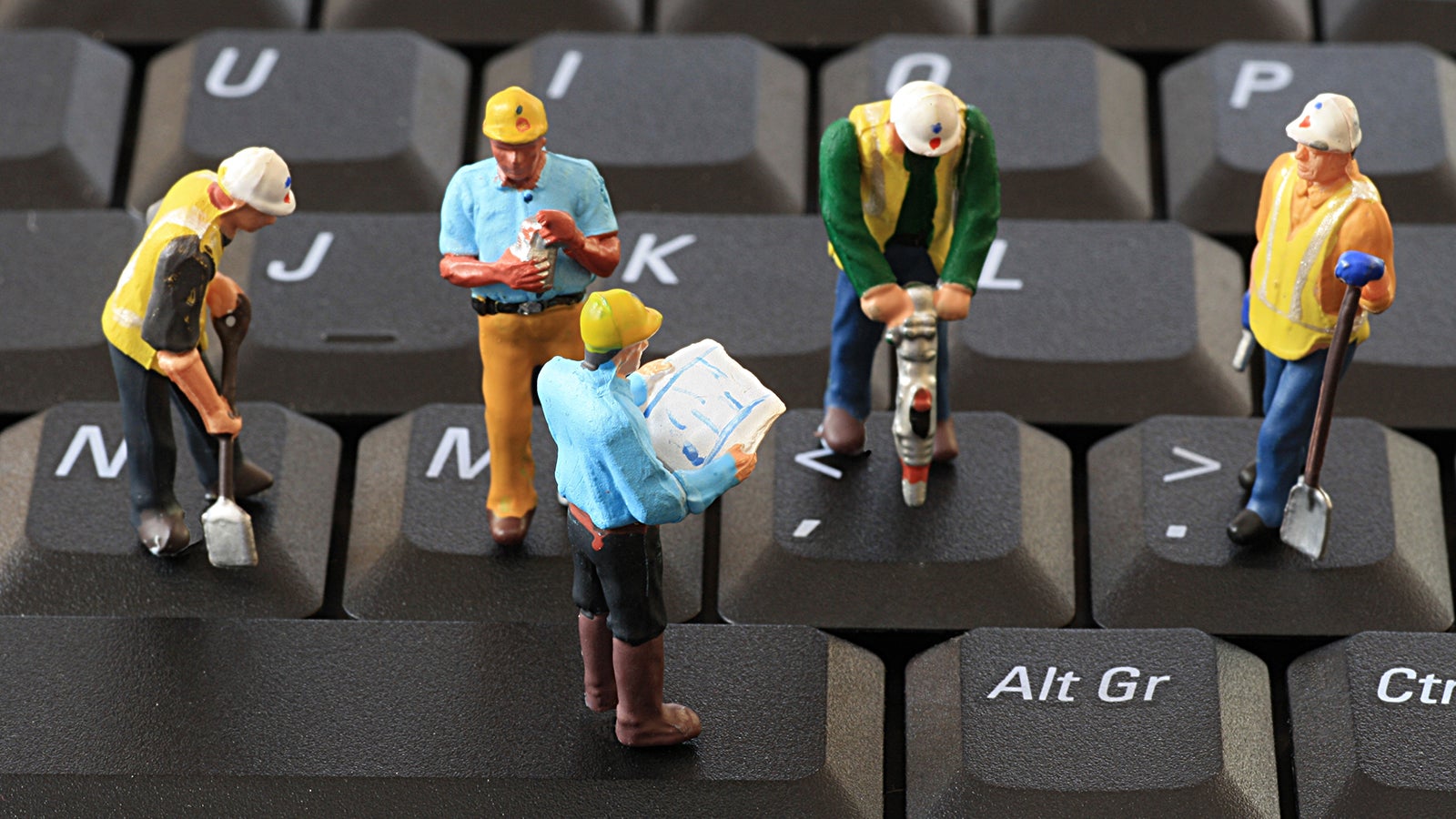 Knowing the difference between HDMI and USB qualifies me as the local tech “expert”, so folks often invite me around to fix their computer problems. I’ll let you into a little secret though: Most of the time, I’m not doing anything all that impressive or magical. Troubleshooting basic computer problems is actually pretty straightforward.

That’s not to belittle the excellent work of genuine computer repair professionals — or to say that every problem is a simple one — but there are some basic steps you can work through before getting someone else in to take a look. Here’s how to tackle it yourself.

And, yes, I will still come and reinstall Windows for you in return for a couple of beers.

Neighbours and relatives have gratefully given me actual money for coming to their house and Googling their computer problems for them. It’s not a cop out — it’s a really helpful way of working out what’s going wrong. That said, you need to be as specific as you possibly can in your queries and cut through the masses of results you’re likely to get back.

Chances are, someone has suffered the same issue as you, and probably found a fix too. Ignore sponsored results and links selling software and concentrate on forum posts or (even better) official sources from the software and hardware companies involved. Is there a fix you can download? Or a guide you can follow?

If you’re coming across a lot of different results and potential solutions, look for ones that users confirm have worked, or which have been approved by official sources. Most major software and hardware firms now have useful online troubleshooting tools, so hunt down those too — they may not always appear in your search results.

Rebooting is cliche for a reason

It’s the most obvious cliche out there, but there’s some truth in it, like most cliches — it even works for Boeing Dreamliners. Reboot your computer, your printer, your router, your mobile phone, your USB hub and everything else you’re having a problem with. By reboot, we mean turn it off, wait a good minute or two, and turn it back on. 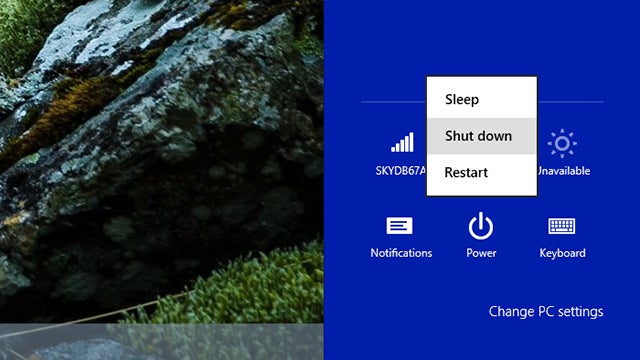 Why does it work so well? It clears out all of the temporary (and potential dodgy) information from the memories of your different bits of hardware and forces them to start from scratch, whether that’s connecting to Wi-Fi or loading a game. It also closes down apps or bits of code that shouldn’t really be running.

Some applications handle reboots better than others, but it’s always best to go through the official shutdown and reboot process for your OS rather than pulling the plug (unless you have no choice) — it gives programs chance to save your work and do whatever housekeeping needs to be done before they start up again with a clean slate.

Reinstall and update your applications

Rebooting clears out the temporary gunk hanging around in your computer’s memory but it won’t affect anything permanently written to disk: Corrupt setting files, damaged data that should have been trashed but hasn’t, and other bits of digital detritus will still be hanging around. 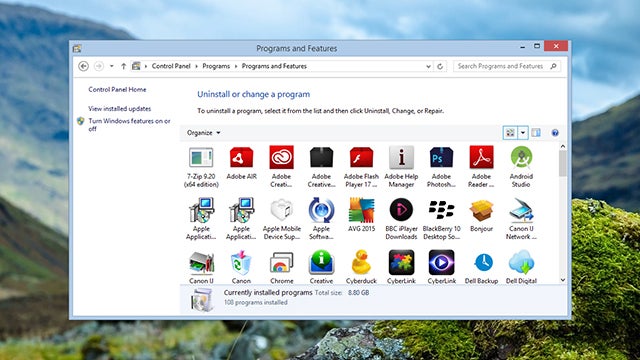 An app reinstall can help fix that, and you should give it a try if one program in particular is proving problematic. Uninstalling and reinstalling an application not only clears out any corrupt data or broken settings, it also ensures you’re running the latest version of the software, complete with the latest compatibility updates and bug fixes (assuming you get it from the web).

Drivers and firmware aren’t as important as they once were on computer systems but they’re still worth a mention: Check in with manufacturer websites to see if any code updates are available for your graphics card, printer or other hardware components, particularly if there’s one bit of kit that’s giving you trouble.

Check for spyware and malware

If you’re still having problems with system crashes and general sluggishness, a spyware or malware program may have taken root on your machine. Update your antivirus and antispyware software to the latest versions and run the most comprehensive scans they has. We’ve previously looked at the best choices. 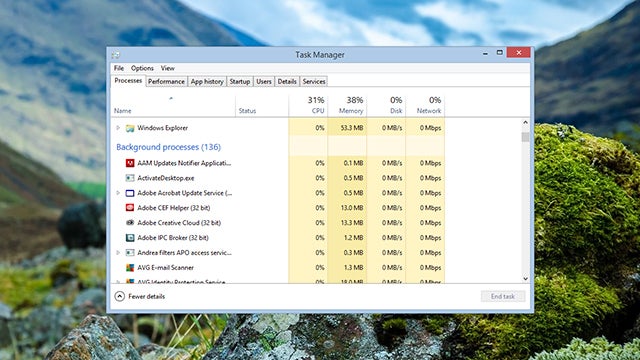 The more sophisticated types of malware out there know what an antivirus program looks like and will guard against attack or reinstall themselves once you reboot. Standalone scanners, like Microsoft Safety Scanner or McAfee Stinger, can sometimes get around this and excise particularly nasty infections.

It’s also worth checking up on the programs running in the background while your computer is on. Launch Task Manager on Windows or Activity Monitor on Mac to look for anything suspicious (there’s no shame in running a web search for any entries you don’t understand to check if they should be there or not).

Do some simple investigating

Some simple detective work can do wonders for finding solutions to PC problems. It’s not always possible, but if you’re having trouble with one bit of hardware, try replacing it with another: If it works, you’ve identified the source of the issue and can take appropriate action (like buying a new keyboard). 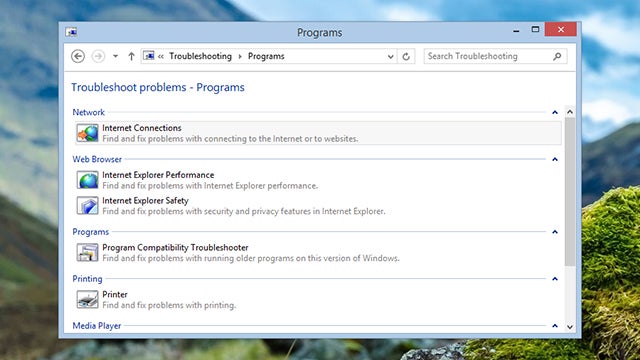 There are plenty of useful, free diagnostics tools out there to lend a hand. DiskCheckup (Windows) and Onyx (Mac) can scan your hard drive for errors and clean up certain problems, while the much-loved CCleaner (Windows or Mac) is great for tidying up temporary files that shouldn’t be hanging around.

Dell has a variety of diagnostics programs you can use to try and get a better handle on what the problem is, while Windows has its own troubleshooter tool in the Action Center. If you’re on an Apple computer you can run the integrated Apple Hardware Test or Apple Diagnostics depending on the age of your machine.

We’ve talked about emptying your computer’s memory and cleaning up data files, and reinstalling Windows or Mac OS is the ultimate version of that. In the past, this used to be a long-winded and potentially dangerous process, but Apple and Microsoft have now made it so straightforward that it’s almost worth doing regularly whether you’re having problems or not. 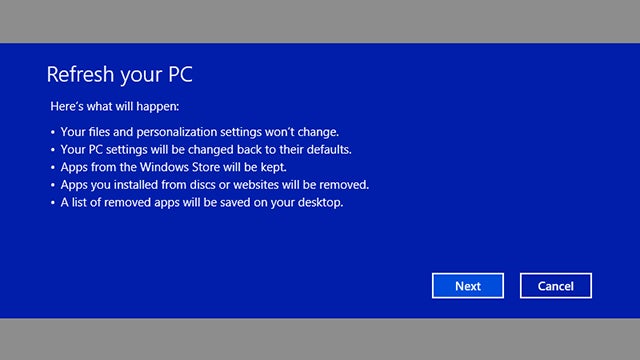 It’s like a factory reset for your phone: Your computer will go back to being as it was when you first bought it. That means broken files, corrupt data, dodgy extensions and any viruses (except the most low-level and persistent ones) will be wiped away. So will all your documents, photos, emails, apps and settings too, so make sure you have everything safely backed up.

You’ll need to check the official instructions for whatever OS you have installed, but if you’re running the latest versions of Windows or Mac OS X then it’s not a complicated process. In both cases you can choose to try resetting the system files without touching your own data before going for a full reinstall.

This is a cheatsheet for basic troubleshooting, not a catch-all for every problem out there. If something serious is going on — like a failing hard drive or a persistent virus — then calling in the help of a professional is a good idea. It’s worth checking what kind of warranty and support options are offered by whoever sold you the computer as a first port of call.

And, if you still can, back everything up. This is something you should be doing anyway, but most people don’t think about it until their laptop or desktop dies. You can eventually replace your computer (even if you have to save up for a while), but precious photos and important documents are less easy to get back again.