Rejoice, You Can Make Mochi Ice Cream At Home 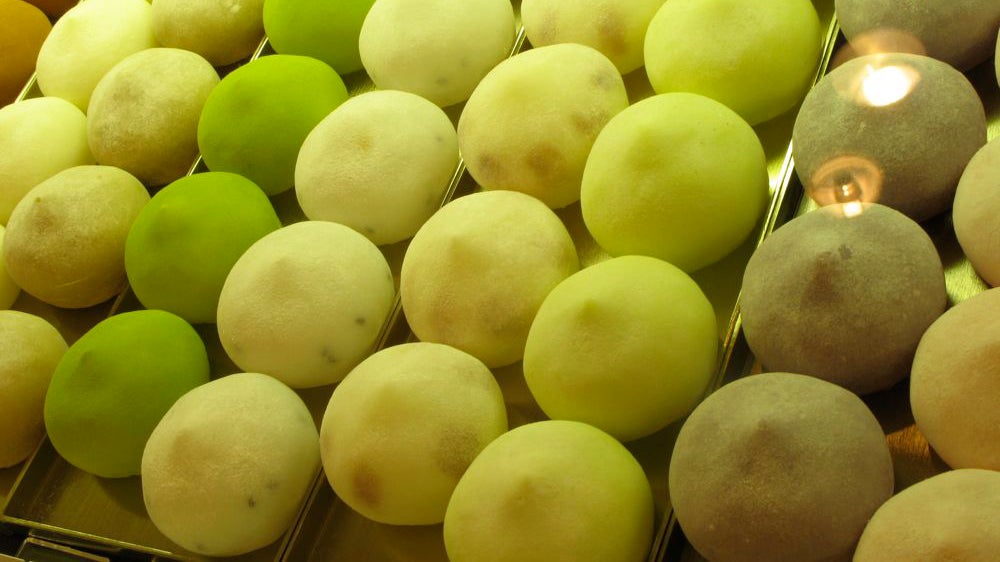 Delicious mochi prides itself on being soft and chewy. Making such mochi is normally a laborious, violent, and rather dangerous process. This homemade mochi ice cream recipe doesn't require any risky pounding or slapping though; just sweet glutinous rice flour, sugar, water, ice cream, and a can-do attitude.

Food52 recommends that you pre-scoop balls of ice cream to later stuff inside the mochi wrapping. The easiest way to ensure uniformity is to take an egg carton, line it with plastic wrap, and place your ice cream scoops in each cradle. About the size of a ping pong ball should be ok.

Meanwhile, to make the mochi you add together sweet glutinous rice and sugar, then water, and whisk altogether into a slurry. The next part requires heating up the mixture in the microwave in quick intervals and stirring in-between. The goal is to make it look translucent. And the fun part begins after it's cooled: it should start to resemble the pinchable softness of mochi, at which point you cut it into circles and get that ice cream up in there. Don't pop them in your mouth just yet. They need to freeze for a couple of hours and then thawed before bliss happens.