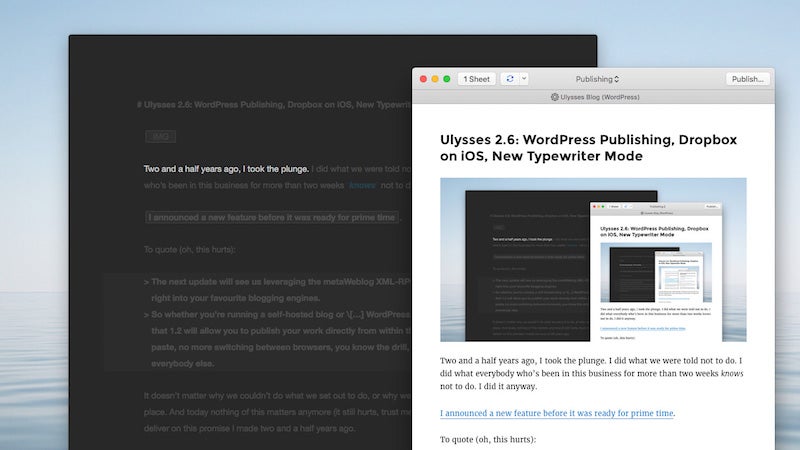 Mac/iOS: Ulysses is one of our favourite writing apps for big projects, and today the iOS app in-particular is seeing some big improvements alongside some minor ones on Mac.

The iOS version of the app has always been close to the Mac version, but was still lacking a few features. One big missing feature was Dropbox syncing support for those who don’t like to use iCloud. That’s now added into the iOS version of the app as well as the Mac app. The iOS app now also has a Typewriter mode similar to the Mac version, which is great for people who need a little help focusing on single blocks of text. Finally, for anyone who uses WordPress, both the Mac app and iOS app can post directly to WordPress with a new publishing feature.