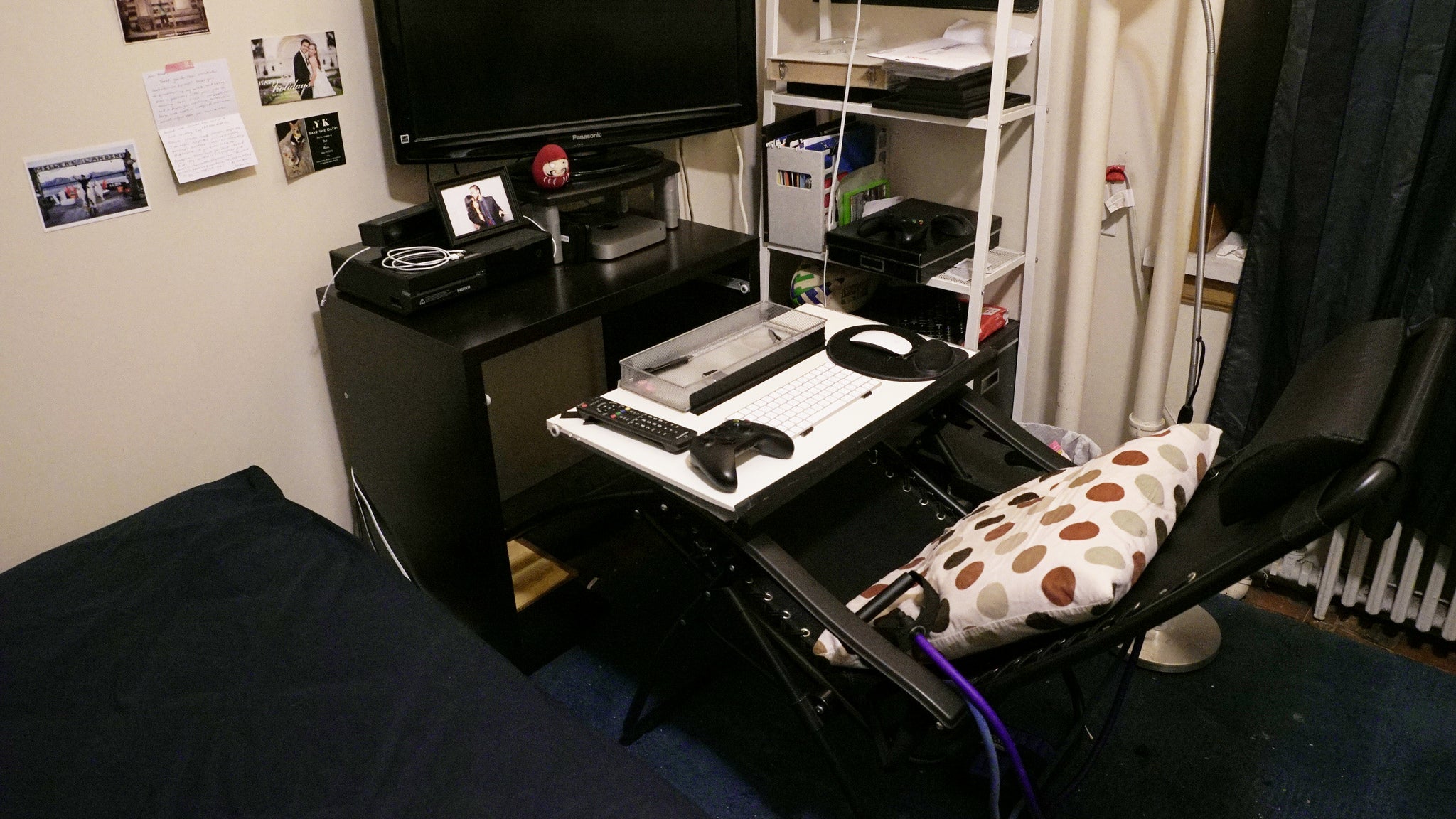 Let’s start with Alan’s own words (great name, by the way), where he emails to describe his setup, and a still shot of the workspace:

I’m a hip-hop dance teacher and longtime reader in Brooklyn. Patrick was nice enough to feature some of my basic dance tutorials last year.

I’m having a surgery that will keep me immobile for months so I created a reclining workspace that I could also exercise in (taking inspiration from this featured workspace).

Being a dancer I have to stay in shape, I so added some SPRI Resistance bands to the bottom of zero gravity chair and keep a set of ankle weights nearby! Now I can workout between matchmaking rounds, staying fully reclined 🙂

First of all, like we said above, speedy recovery! Second, great name. Third, we love this workspace, if it’s not clear. Here’s another photo, top down: 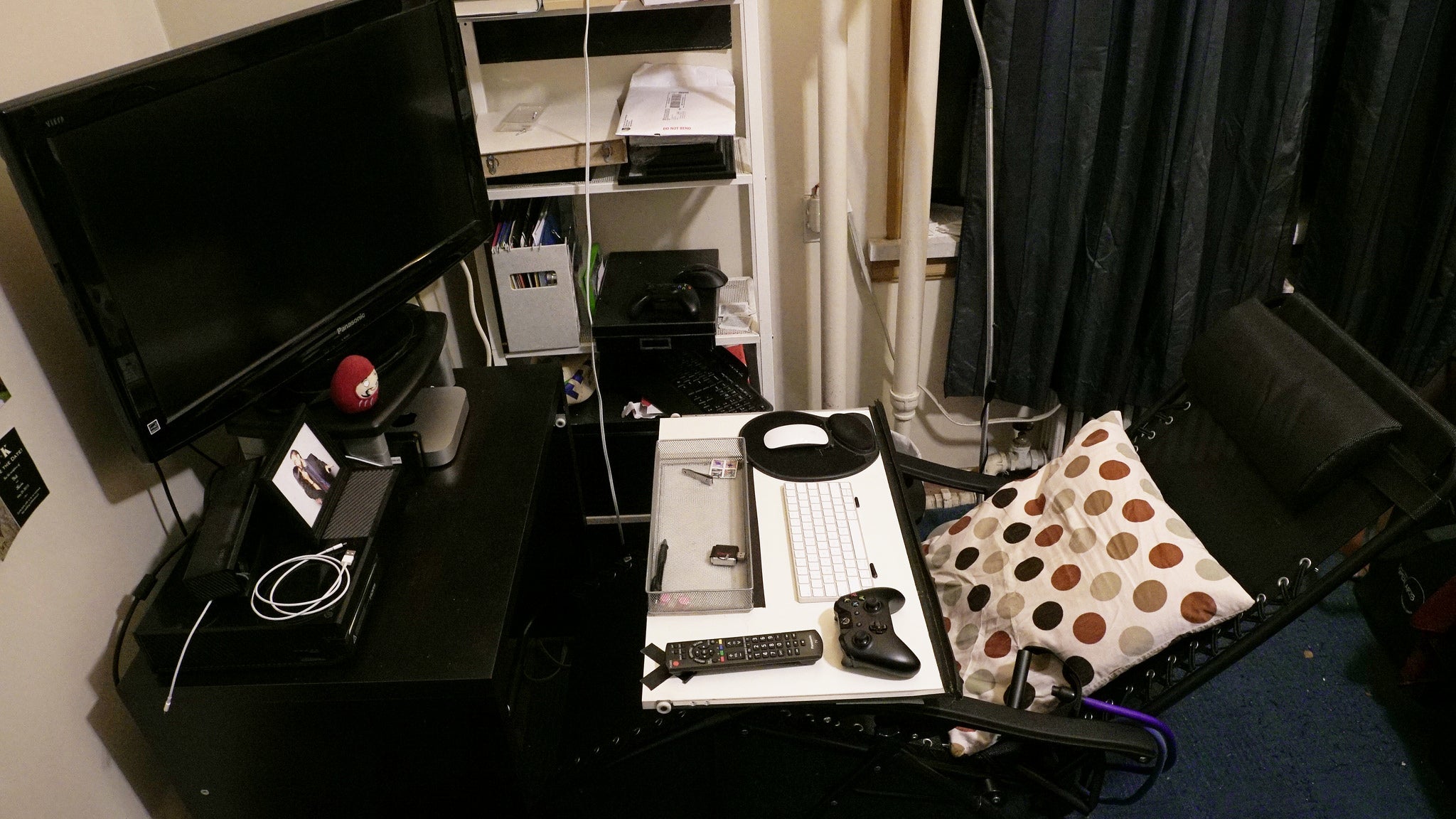 Alan says he lives in Brooklyn, so it has to be small-space friendly, and this setup definitely accomplishes that. It’s space-saving, and while it’s not all spread out with tons of gear, it makes use of the available space well, and has a nice large shelf big enough to hold his keyboard, a controller for the Xbox One on his desk there, a mouse, and even a little extra space for a drink or a bowl of snacks. The stand to elevate his display is a nice (and important) touch too, since he’ll be reclined.

The resistance bands within reach are essential too, especially since he’ll be at that setup for long periods of time. Next time I have to recover from surgery, you can bet I’ll take this example to get some work and gaming done comfortably without giving up my battlestation.