Why Using Your Phone In Bed Can Cause Temporary Blindness 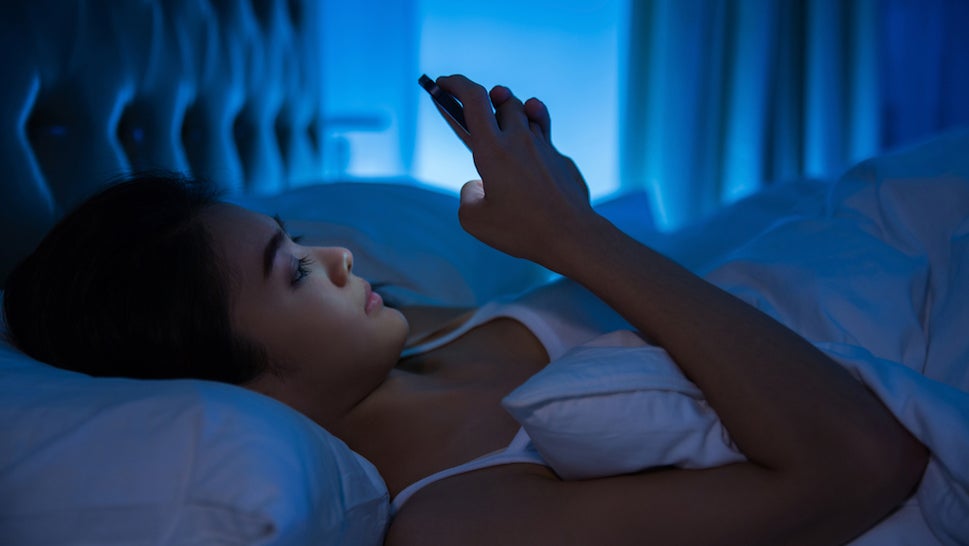 You’ve probably done this: Roll over in the middle of the night, or in a dark room, turn on your phone, read a few emails, scroll through some tweets, or check Facebook. Then later, your vision is fuzzy in one eye, or worse, you roll over and can see out of one but not the other. Here’s why.

The Science of Us explains the process is pretty simple, and if you’ve deduced already that it’s because one eye gets adapted to light while the other is still adapted to darkness, you’re on the right track.

They explain that two women in the UK went to the doctor complaining about this kind of transient blindness and how they would wake up even after not using their phones for a while to find their vision diminished. The doctors wrote a report on the topic for the New England Journal of Medicine, but here’s the lowdown:

When the women went to an ophthalmic clinic, specialists took detailed histories and figured out that the women were using their phones in the dark before falling asleep and right after waking up, respectively. After asking them to record their symptoms for a few days, they said that the vision problems were always in the eye opposite of the side they were laying on.

The doctors suspected this was because if a person lays on, say, their left side, their left eye is partially blocked by the pillow and adapts to darkness, while the right eye adapts to the light and does most of the viewing. Which is fine until you look away from the phone and, with both eyes uncovered in the dark, the right, light-adapted eye is perceived to be blind until it readjusts to the darkness. They tested this theory on themselves and also had trouble seeing out of one eye for a few minutes.

They said that although people look at their phones with both eyes the majority of the time, we are increasingly attached to the damn things and their brightness is only increasing so they expect doctors will see more and more cases like this.

You may have experienced this yourself actually, maybe immediately after putting your phone down, or using your phone at night then getting up to get some water or go to the bathroom (I certainly have.) That said, the doctors went on to explain that phone screens are only getting brighter and our bedtime reading habits are only getting worse, so it makes sense to let both caregivers and individuals know how this happens.

At the very least, it might encourage the rest of us to turn the brightness down at night, or use an app like F.lux to adjust our screens to the time of day.