How To Gracefully Recover From A Major Mistake At Work 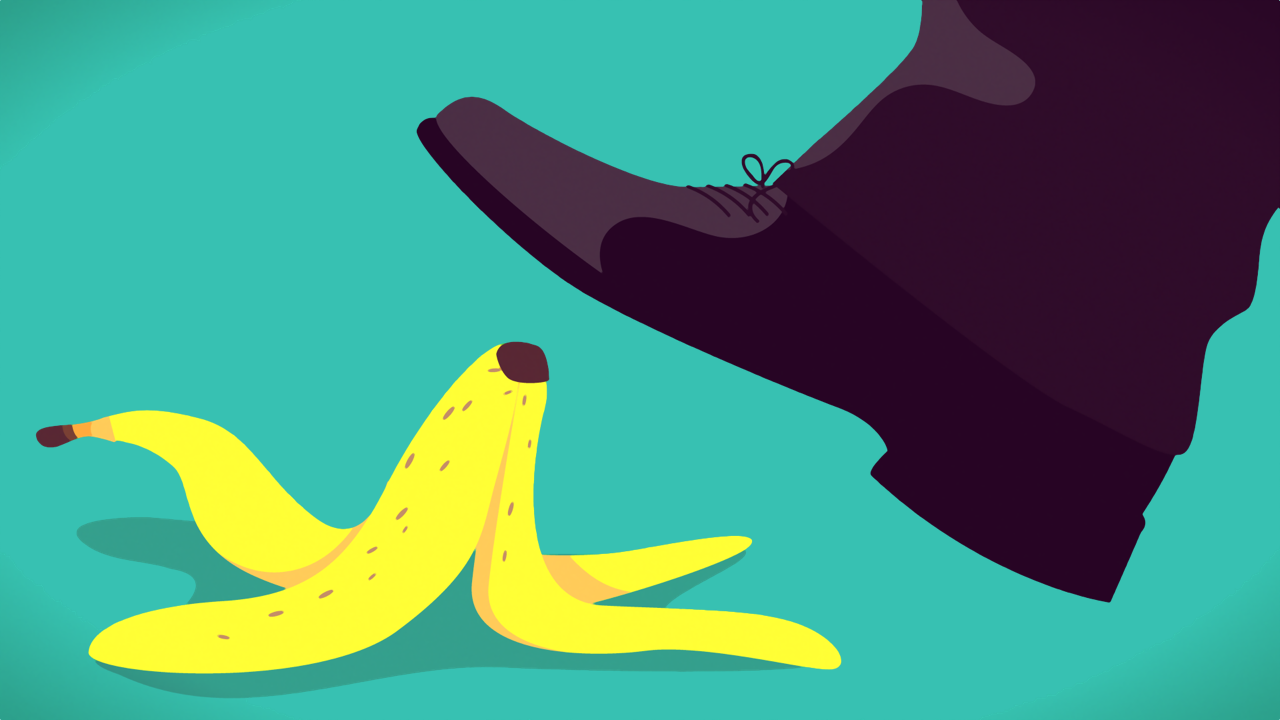 Several years ago, I had a co-worker — we'll call her Jane — who was assigned to work with our SVP's office on a high-profile event. The project (and the staff, for that matter) was pretty rough, and Jane would often come to the rest of us at the end of a stressful day to air her woes of angry emails, unreasonable demands and generally difficult people. This post originally appeared on The Muse.

One day, she received a particularly infuriating email from the SVP's right-hand woman (AKA someone you really don't want to mess with). I don't remember the details of the message, but it ended with something to the effect of: "I'm still not satisfied. Why don't we just do it this way?"

Jane, seething, couldn't make it until her 5:00PM venting session, and she forwarded the email on to the rest of our team, with this friendly note: "Why don't we try shoving this event up your G — d — - a — ?"

You probably already know the not-so-happy ending to this story: In her fit of rage, Jane hit "reply" instead of "forward", and instead of landing on our sympathetic ears, her message went straight back to the recipient.

Yeah. Not her finest moment.

If there's a silver lining, though, her epic workplace fail can serve as a great lesson for the rest of us. Here's what Jane did — and what you can do in the unfortunate event you're faced with something similar.

This approach, as you probably already know, does nothing good for you. In fact, there's only one way to dig yourself out of this type of hole, and that's to own up and apologise. There's no need to go on and on, but you should acknowledge your wrongdoing, show sincere remorse for your actions and (if applicable) share the steps you'll take to make sure that it will never happen again.

After panicking, crying and pulling herself together, Jane did the uncomfortable yet inevitable: She picked up the phone and apologised. She explained that her response was an emotional outburst in a moment of frustration, and while it was intended for her team, it was an absolutely unacceptable — and unprofessional — move. She relayed how sorry she was and asked for the chance to move forward in a positive way.

That actually went a long way with the other team. Though, that didn't mean she didn't have to...

I probably should have mentioned this earlier, but Jane didn't get fired. She did, however, get an official write-up from HR.

Now, she could have fought back, could have argued that one little email blunder shouldn't warrant official disciplinary action, could have explained just how awful the other team was being. But she didn't. She knew she was in the wrong, and she professionally accepted the consequences of her actions.

Depending on the blunder, accepting the consequences could mean different things: Maybe you have to make an hour-long drive for an uncomfortable meeting to smooth things over with a client. Maybe you have to work 20 hours of overtime to recreate the file you deleted off the company's shared drive. Whatever you have to do, do it, and without complaining. It will show everyone around you you're taking your mistake seriously — and frankly, it's probably a small price to pay for keeping your job.

A more subtle consequence of your actions is that eyes are going to be on you for a while. Which means you need to hunker down and do your best work. Arrive early. Stay late. Go above and beyond. Be positive. Make every cliché you've ever heard about shining in the office your personal mantra. Talk is cheap, and you really need to show everyone around you that you're ready to move past your blunder in a positive way for them to believe you.

Oh, and take dramatic steps to ensure that whatever you did will never happen again. For Jane, it meant putting every single email she sent through the "would I want my boss to see this?" test. (A good rule to live by in general...)

Know You're Not Alone

The bad news, as you know, is that you've made a truly terrible mistake. The good news? You're certainly not the only one who has. There's my friend who Gchatted, "What is Angela thinking?!" to her work bestie — who was currently sharing her screen in a meeting with Angela. There's my co-worker who accidentally sent an email about his bowel movements to his boss. There's this guy, who drunkenly sang about the most NSFW song out there at karaoke in front of his CEO. (By the way, none of those people got fired, if it makes you feel any better.)

Yes, we can and should be on our A-games and do everything in our power to be consummate professionals, impressive employees and generally good people. But unfortunately, we're human, and we're going to make blunders at work. And the best thing we can do is recover from them graciously and learn from them moving forward.

Of course, there are those incidents that aren't so much "blunders" as they are "major, fireable offenses" — in which case, here are some tips for kick-starting your job search and explaining why you've been fired to prospective employers. Painful, yes, but believe it or not, you'll get through this, too.

How to Recover From a Huge, Huge Mistake at Work [The Muse]