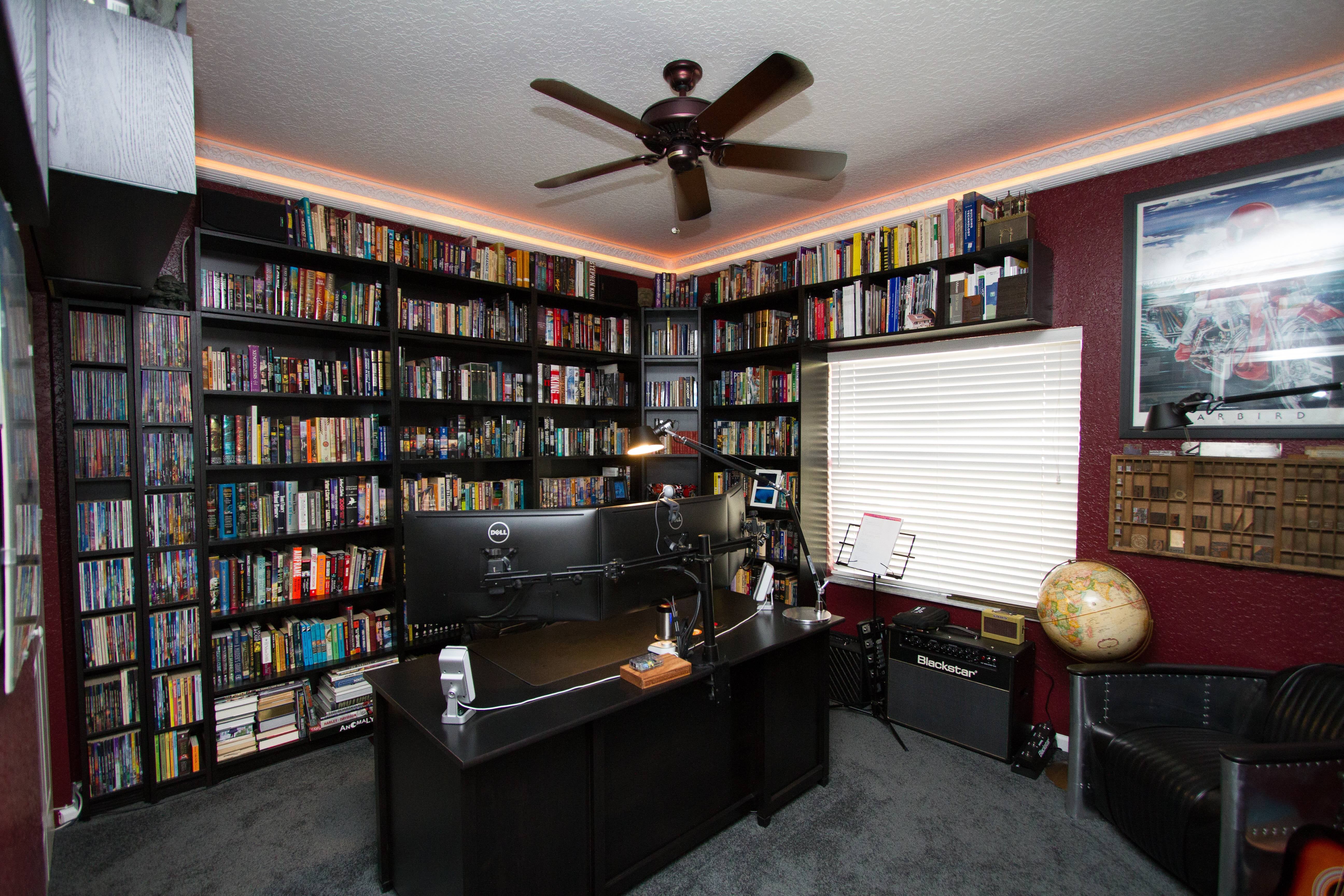 We love minimal workspaces, but there's something about these home office setups that look and feel more like a study than anything else that's also really attractive. Redditor Formulabuild built this home office with a library on one side and all of his instruments on the other. Here are some more photos.

Formulabuild doesn't say too much about the gear that makes up the workspace, but to be honest, that's not the most important bit. Just looking at it is impressive. He also notes that this was before cleaning up some clutter, but after he got three new 27" displays and a new stand for all of them, and added the guitars and amps to his workspace. As for the stand, he explains to another commenter that he thinks it's this one, which looks great on his desk. Here's another shot: And a shot of the other side, where his guitars live: And finally, a closer shot of all the guitars: 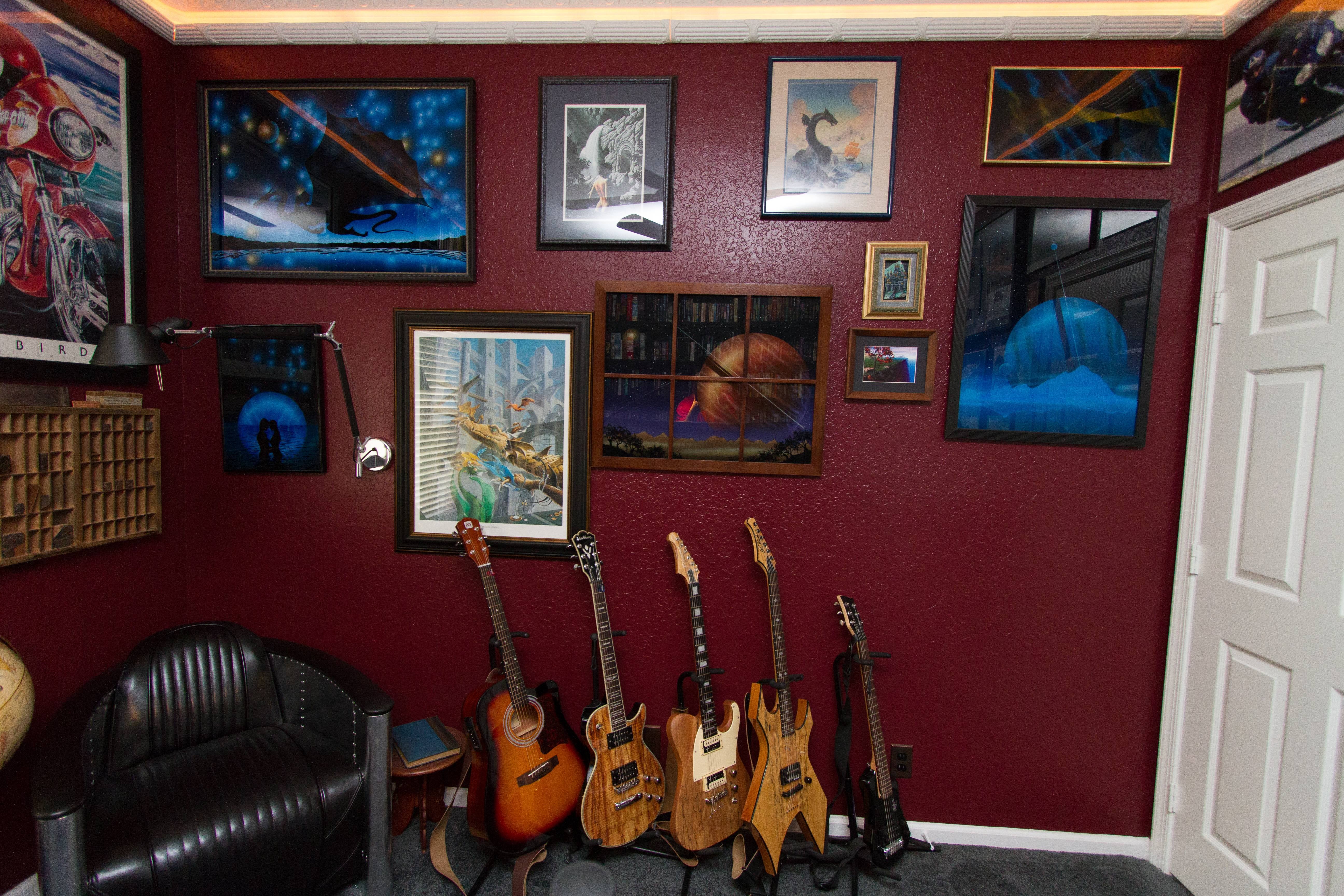 There are a ton more photos where these come from, so make sure to hit the Imgur gallery link below to check them all out. The whole place may be a bit busy for some people, but to anyone who's ever wished they had their own personal library, it's kind of a dream come true.